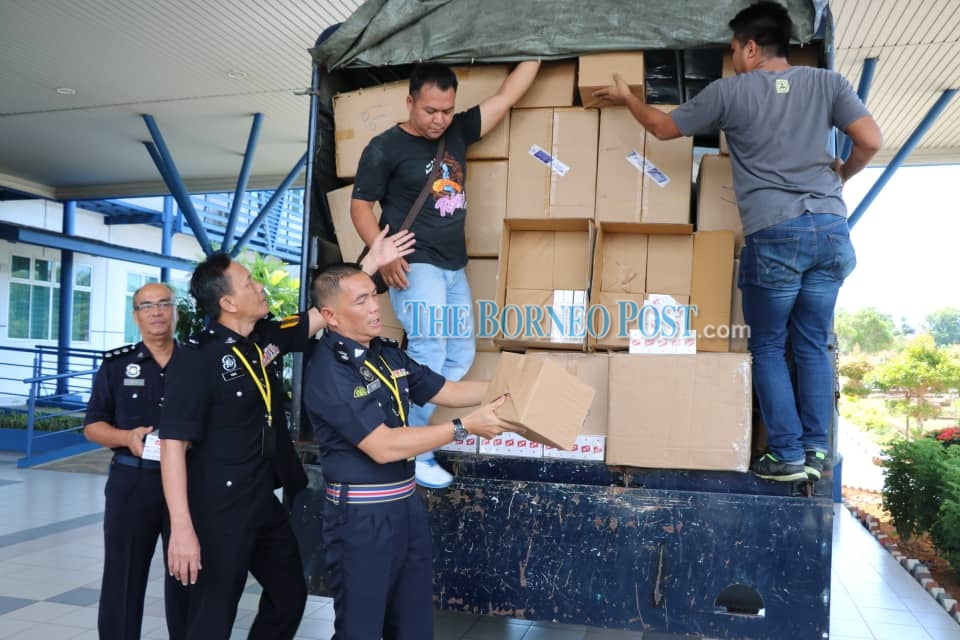 KUCHING: The General Operations Force (PGA) have seized 1,600 cartons of illicit cigarettes worth around RM304,000 during a raid at an abandoned commercial shoplot in Kota Sentosa around 10.45am yesterday.

PGA 11th Batallion commanding officer Supt Rosdi Inai said based on intelligence which they have gathered, eight personnel led by ASP Mazlan Ariff conducted the raid at the shophouse.

“We believe that the illicit cigarretes which were smuggled in from a neighbouring country will be sold to the local market here,” said Rosdi to a press conference at their headquarters in Batu Kawa this morning.

He said a male suspect who is believed to be managing the premises, managed to escape upon realising the presence of the enforcement authorities.

The case has been handed over to the Padawan District Police for further action under Section 135(1)(d) of the Customs Act 1967.