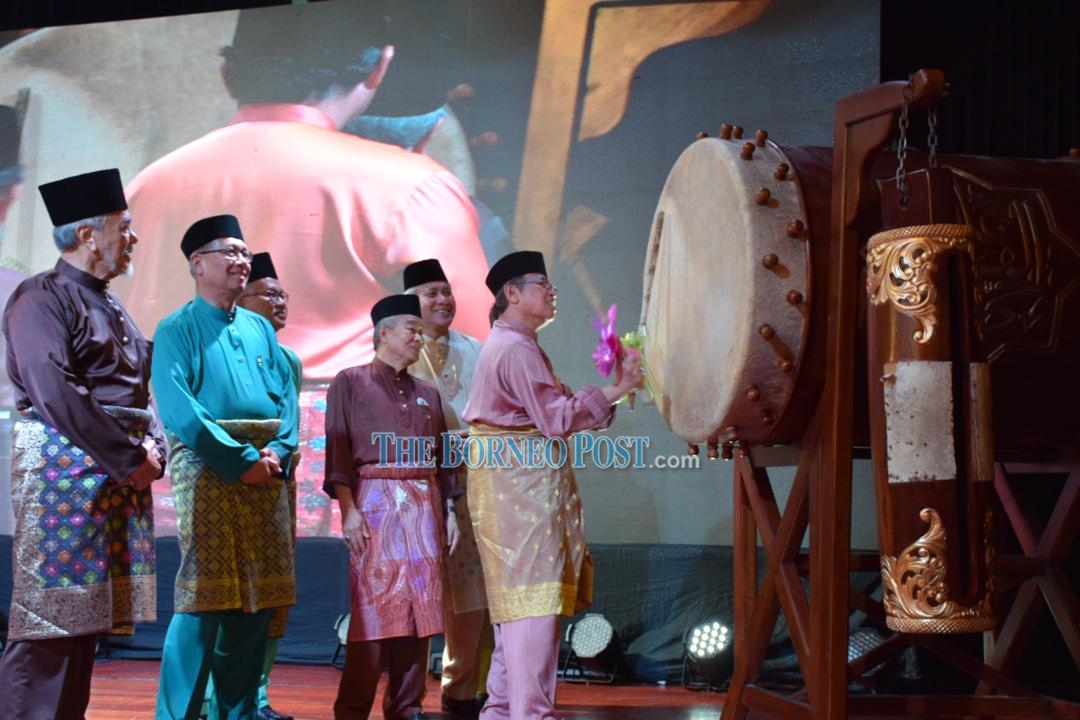 KUCHING: The state government will continue to prioritise developing rural areas in the state towards achieving its vision of becoming a developed state by 2030.

“The roads, water and electricity supply that are still insufficient are what we need to develop in these rural areas and this includes the coastal roads that we are upgrading from Samarahan, Simunjan, Gedong, Sebuyau all the way up to Miri.

“Since I have been given the trust to lead the state, I will try with all that I have to develop our state,” Abang Johari said in his speech during the ‘Majlis Ikatan Kasih Gabungan Pertalian Keluarga 2019’ event held at a hotel, here, last night.

In addition to roads, water and electricity supply, the state government would also be building drainage systems, irrigation channels and retaining walls in areas that had potential to be developed in modern agriculture, said Abang Johari.

“With such infrastructure, it will enable the village community to develop their land for agriculture,” he added.

Abang Johari also stated that the state government was currently negotiating for all of the state’s eroded rights to be returned, as well as managing its funds prudently.

“The state government has formed the Integrated Regional Samarahan Development Agency (IRSDA), where RM1.5 billion has been allocated under that agency to develop that region. This includes Simunjan and Gedong, so the development that we are carrying out will be more structured,” he said.

He also called for Sarawakians to strengthen unity amongst themselves so that the efforts in developing the state could be carried out effectively.

“History determined our present, and the present determines the future of the next generation so we need to maintain our unity, take care of our homes and take care of our villages so that nobody can disrupt the unity we have here. Leaders of today should also emulate the leaders of the past that had principles in leading the people in a better direction,” Abang Johari urged.

Meanwhile, he also commended Gabungan Pertalian Keluarga for bringing the families together as well as strengthening their bonds among one another.