Sunday, September 19
You are at:Home»News»CM hints at benefits for civil service to be announced at State Budget 2020 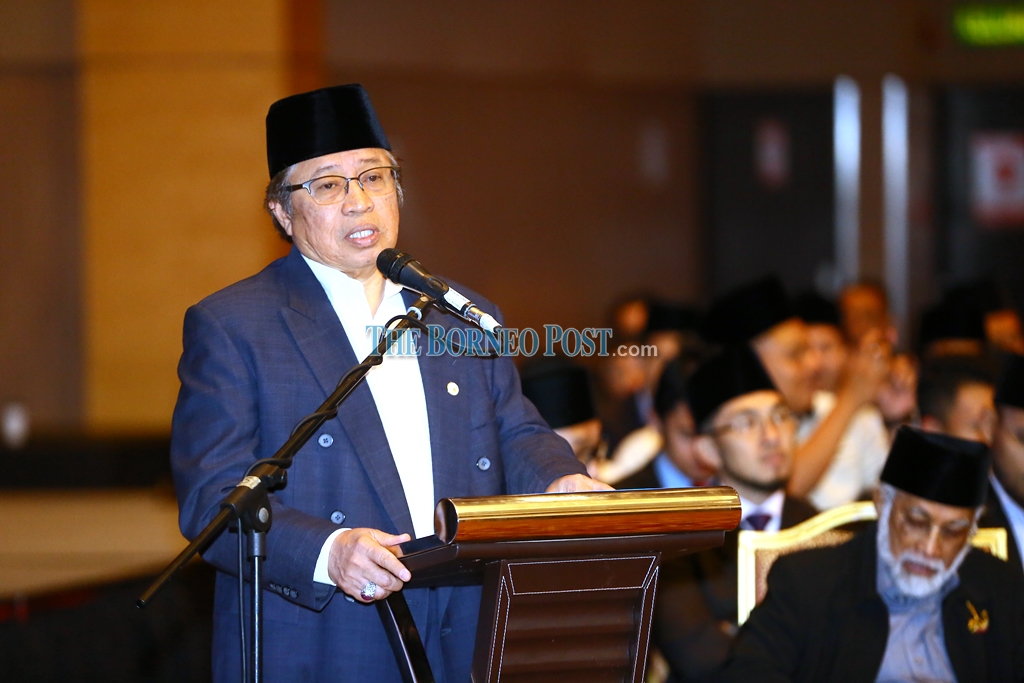 KUCHING: The state civil service can expect some good news when the State Budget 2020 is tabled during the coming State Legislative Assembly (DUN) sitting, to be held from Nov 4 until 13.

Chief Minister Datuk Patinggi Abang Johari Tun Openg hinted at this during his speech at the meeting session with Islamic agencies at Majma hall today.

“The administration of the state is sound and the state fund has increased, so the coming State Budget 2020 will be better that the National Budget 2020.

“So wait until Nov 4 (when DUN sitting starts) and we will announce something for the state civil service,” he said.

The chief minister said the state was not badly affected by the economic downturn, adding that investors were still coming in because of stability.

Abang Johari also said that the state government had allocated RM700 million to install artificial reef balls from Tanjung Dato to Lawas to prevent intrusion by foreign fishing vessels, with the objective to increase marine life population and help local fishermen in the process.

According to him, since the installation of the artificial reef balls, the population of crabs and fish have greatly increased, thus helping the local fishermen.

The chief minister went on to say that he will serve with fairness and to ensure the welfare of the people, irrespective of races and religions, was taking care of.

“Under my leadership, I will discharge my duty with fairness because this is important to maintain our racial harmony and political stability for the progress of the state.

“To govern with fairness is also required under the Medina Charter under the teachings of Islam,” he stressed.

He urged Muslims in the state to acquire knowledge and education in order to progress, and at the same time to work together with other religions.