Saturday, January 25
You are at:Home»News»Sabah»Give me time to decide on Salleh’s application – Anwar 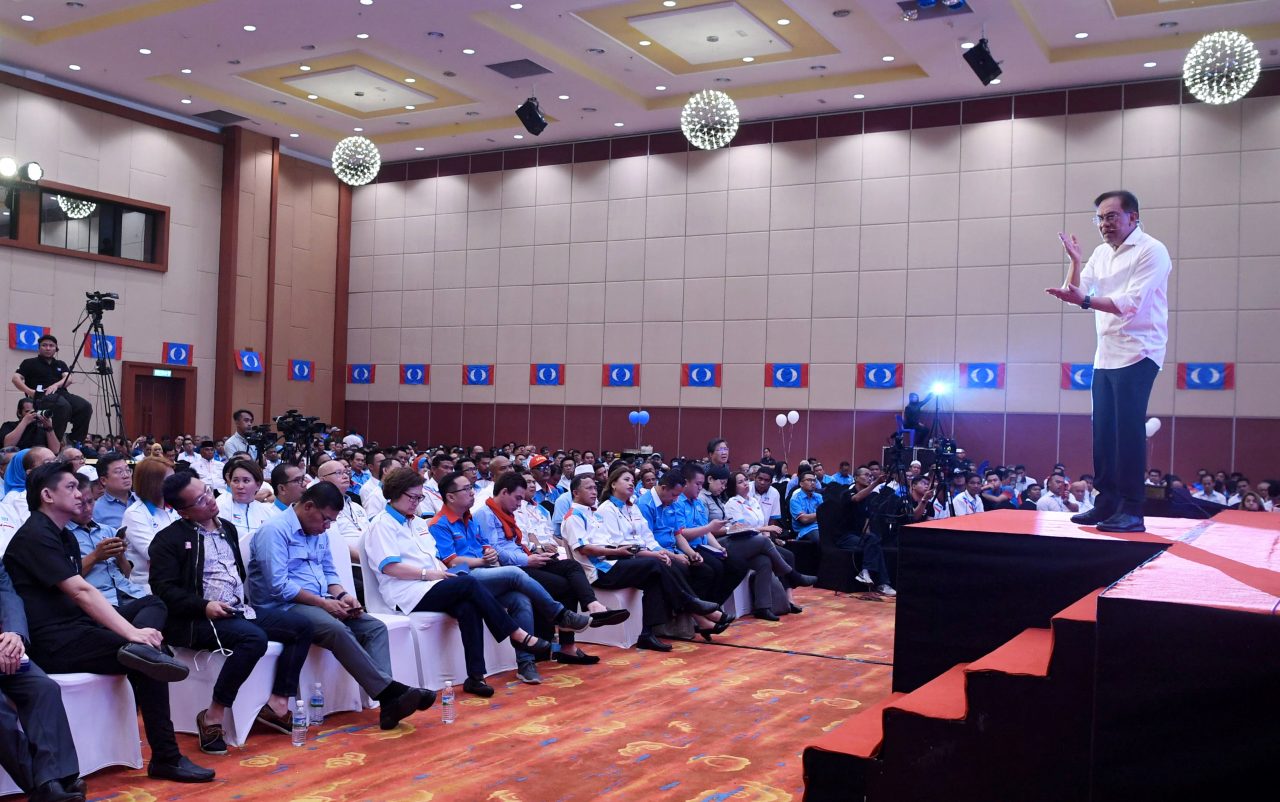 Anwar speaking at the PKR Sabah convention at the ITCC Penampang.

He said Salleh’s commitment to PKR’s reform struggle would be the deciding factor in his membership application and not his past reputation as a staunch Umno supporter.

Anwar said he is aware of Salleh’s track record as an Umno stalwart but said that he was also as committed to the Malay-dominant party previously.

“He was a stalwart in defence of Najib in the past, but if he says he is committed to the party struggle, we just have to consider. I was also a committed member of Umno in the past.

“To me, what is non-negotiable, that we cannot compromise on, is that one must adhere to our reform agenda,” he said at a press conference after attending the 20th PKR Sabah Convention held at the ITCC in Penampang near here.

“I have informed him (Salleh) of this,” he said.

Anwar added that while PKR does not prohibit any Malaysian from joining the party, the application of prominent leaders such as Salleh must go through a filtering process.

He said the opinions of the members at the grassroots levels must be taken into consideration.

“Normally we don’t have any problems, but we have to see the sentiments of the people on the ground,” he said.

Anwar denied a news portal’s report that Salleh’s membership has been accepted and there is no rush to make a decision.

“We’ve accepted many ex-Umno members into the party. The party embraces every single citizen of the country, but if they are prominent names in the past, we have to take that into consideration, so give us a bit more time,” he said.

Salleh, who is the former Federal Communications and Multimedia Minister, left Umno last December along with other party members. He said he had decided to join PKR because of its multiracial policies.

He was previously the Kota Belud member of parliament before losing the seat to Warisan candidate, Isnaraissah Munirah Majlis, in the 14th general election.

Meanwhile, in his speech at the convention, Anwar reminded leaders of the party here to go back to the original narrative which focuses on the people.

“This is the people’s party,” he reminded party members, adding that as leaders, they should not merely focus on fulfilling their own needs because the greatness of the party lies on its commitment to the people.