Tuesday, September 28
You are at:Home»News»Crime»GOF seizes contraband cigarettes, liquor worth over RM550,000 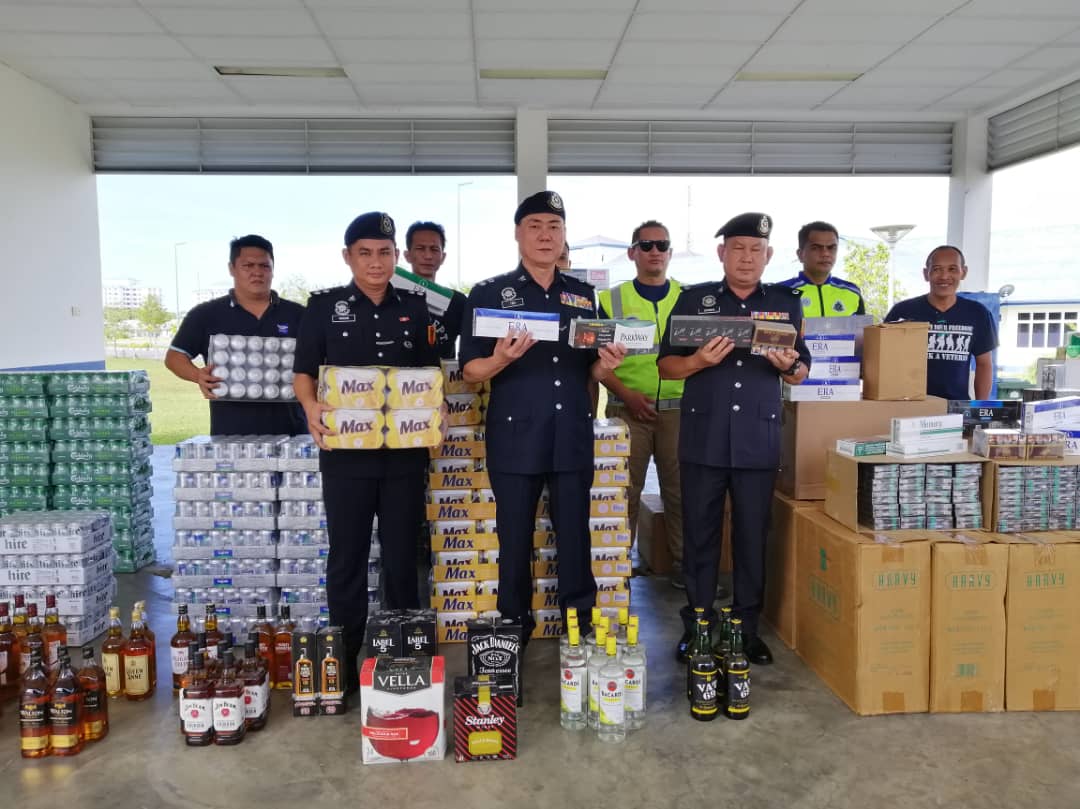 Tan (front, centre), flanked by his second in command DSP Uchong Sigan (right) and Rizuan (left) showing the contraband seized in two ambushes in Batu Niah on Monday. Also seen in photo are the raiding team.

MIRI: The 12th Battalion General Operations Force (GOF) recorded another success with the seizure of contraband cigarettes and liquor worth more than RM550,000 including tax yesterday.

“Acting on information, the raiding team led by Insp Rizuan Makladin ambushed a premises at Batu Niah at around 10am.

“Upon checking on the premises, the team found 179 cartons of various types of cigarettes, 120 boxes of beers and 63 bottles alcohol beverages suspected to be contraband estimated to be worth RM40,850 including tax,” Tan said.

According to him, the raiding team also arrested a 34-year-old local man believed to be the caretaker of the premises.

Following the first ambush, the team moved to another premises located nearby at around 11.30am.

“The raiding team had to break entry into the premises as the owner did not show up. Upon checking, the team found 1,670 cartons of cigarettes of various brands worth RM317,300 including tax,” said Tan.

The third ambush, carried out by the battalion’s Company C in Limbang, raided a house in Kampung Temagis Lawas.

Following a check in the house, the team seized 20 boxes of beers and 1,000 cartons of cigarettes of various brands estimated to be worth RM193,000 including tax.

Total contraband seized from all three locations were estimated to be worth RM550,150

Tan added that the the premises were used as a transit point before the contraband were moved to another location.

“This is to avoid from being detected by the authorities,” he said.

The contraband were meant for distribution in the city and surroundings, including the rural areas.