Friday, September 24
You are at:Home»News»Roshidi: Maintain legacy of community leaders, village headmen instead of MPKKP 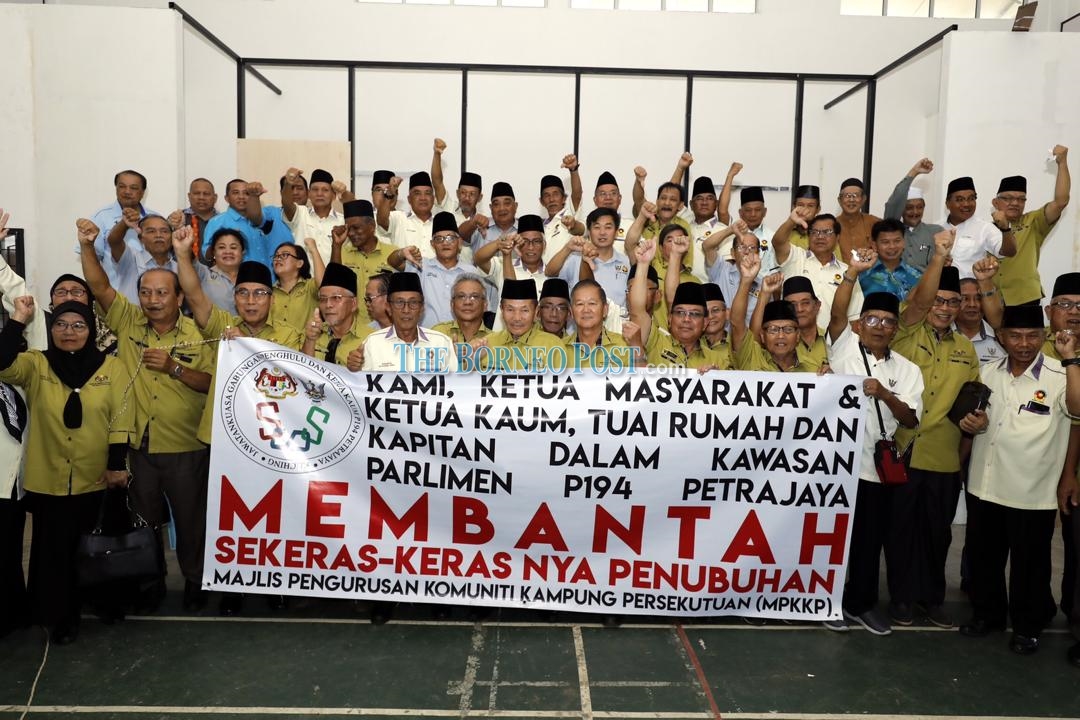 Roshidi (front row, fifth left) along with his fellow community leaders are protesting against the formation of MPKKP. Photo by Chimon Upon

KUCHING: The establishment of community leaders (KMs) and village headmen (KKs) which have existed in Sarawak for hundreds of years must be maintained at all costs, says Kuching North Pemanca Roshidi Junai.

Roshidi said these appointed leaders are regarded as a highly respected institution and they have continued to play their role through the village security and development committees (JKKKs).

“We have had KMs and KKs comprising Penghulu, Kapitan and Tuai Rumah since the Sultanate of Brunei era.

“This has been our legacy for many years and not something that was created just two to three days ago,” he told a press conference held in conjunction with the protest against the formation of the Federal Village Community Management Council (MPKKP) at the Kampung Pinang Jawa Multi-Purpose Hall here today.

More than 100 KMs and KKs from Petra Jaya area gathered at the hall to protest against the council formed by the Pakatan Harapan (PH) government.

He added that the establishment of MPKKP goes to show that there are efforts to divide the KM and KK institution.

“It looks like there are ‘dirty hands’ trying to meddle and pollute our institution and break up our long-standing unity and solidarity,” he said.

“We do not want this (JKKKs) to be affected simply because there is another committee such as MPKKP being formed.”

In the wave of protests against MPKKP, Roshidi, on behalf of the KMs and KKs around Kuching, also suggested that a seminar to be attended by all KMs and KKs throughout the state be held in the near future.

“We are proposing for this seminar to be held in Sibu and have presented our proposal to the Sarawak government,” he said adding that the seminar is expected to raise several issues faced by the community leaders such as raising the JKKK grant.