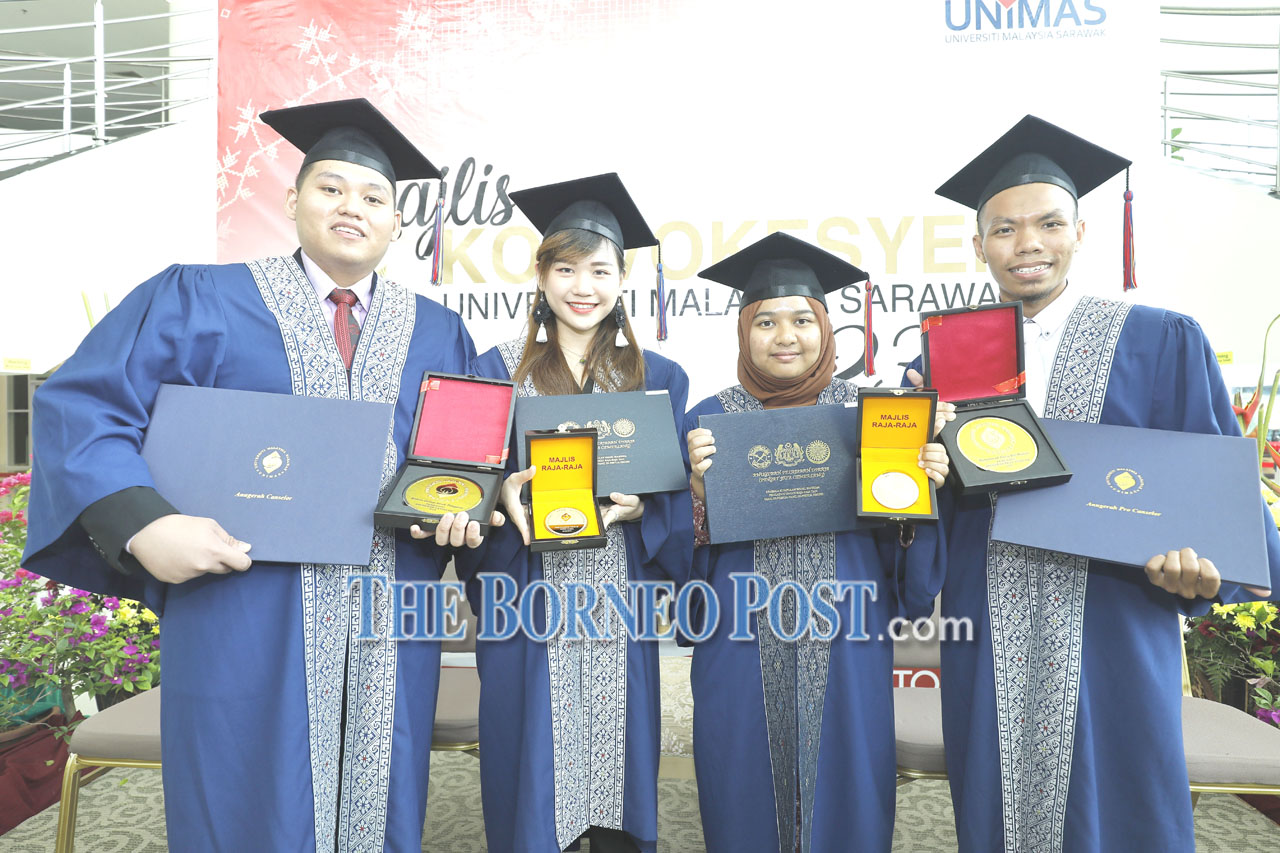 (From left) Kelvin, Leong, Nur Hanisah and Muhammad Haziq pose with their awards. 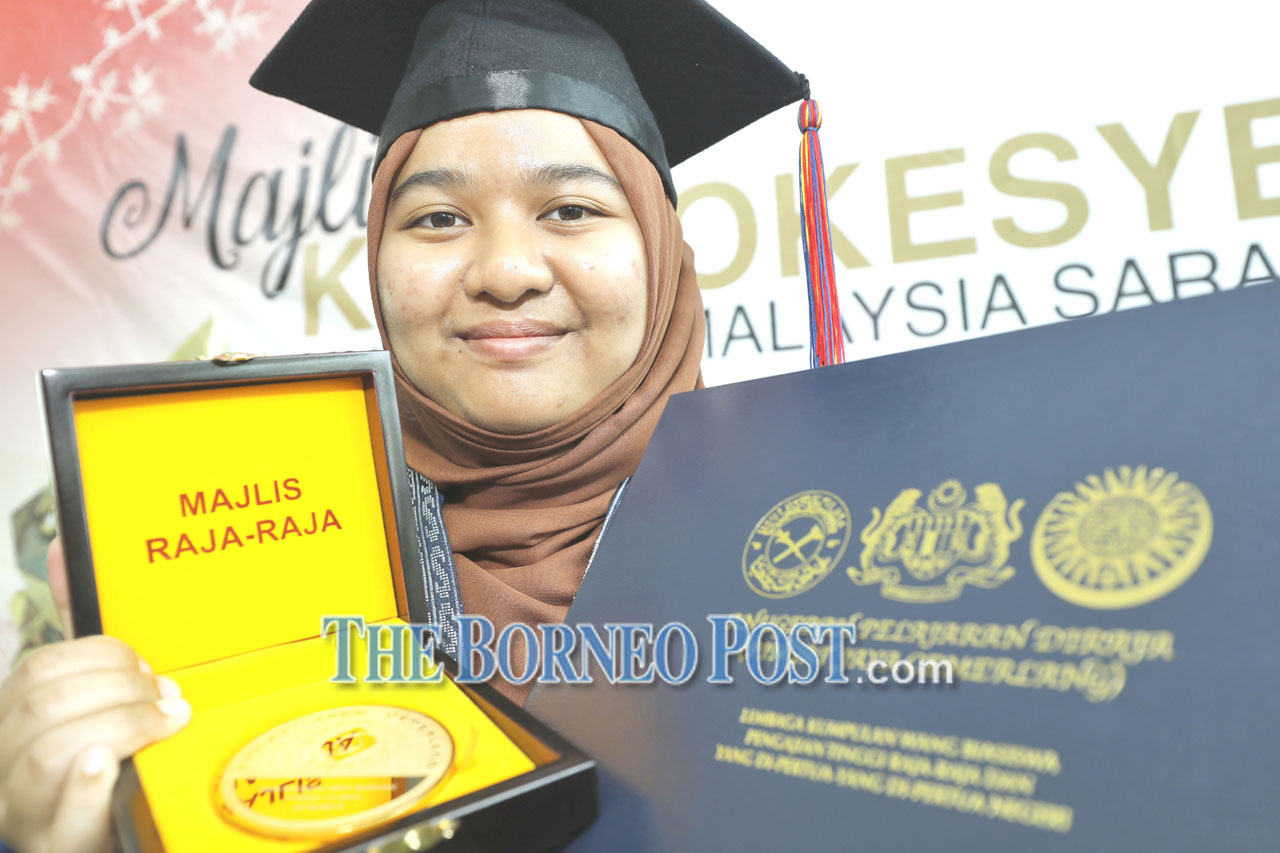 Nur Hanisah Basuan from Kuching, who was one of two students awarded the Royal Education Award, said the award came as a surprise to her as she felt that there were others who were more eligible.

“My grandparents gave me a lot of encouragement during my studies, and my supervisor Dr Mohd Effendi Wasli also helped me a lot during my studies. Thankfully I also received financial aid under the Daiken Scholarship from Daiken Corporation under the Sarawak Timber Association.

“For students who might be in a similar family situation, stay focused. Don’t think too much about your problems. Stay focused on your studies,” she told reporters when met after receiving her award.

The other recipient of the Royal Education Award was Shervin Leong Weng Ee from Kuala Lumpur, while Kelvin Juing Tinggom from Miri and Muhammad Haziq Roslan from Kuala Kubu Bahru, Selangor received the Chancellor Award and Pro-Chancellor Award, respectively.

The 23rd convocation ceremony, which will be held in five sessions until Oct 30, will see as many as 4,038 students receive their scrolls in various levels including doctorate, post-graduate and undergraduate.