Wednesday, October 20
You are at:Home»News»Nation»PM urges university students to uphold values of integrity and rationality 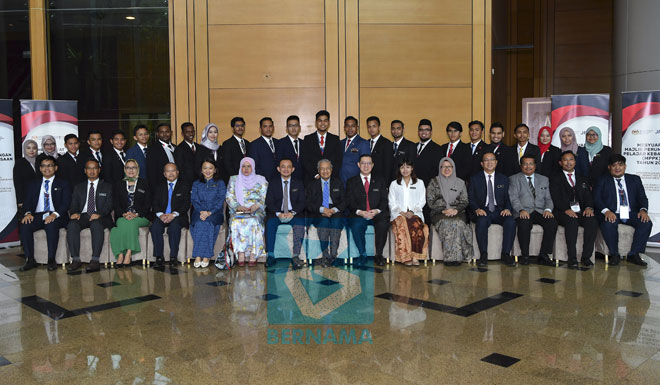 PUTRAJAYA: University students should put the values of integrity in line with rational values so that any action taken on the principle of freedom is still within the values of civility, morality and the cultural norms of society, said Tun Dr Mahathir Mohamad.

Speaking at the National Student Consultative Council (MPPK) 2019 here yesterday, the prime minister said that every decision made should be free from emotional pressures, haste or outside influences so that the status and credibility of students can not be disputed.

The prime minister said the government is working hard to provide students with freedom through various approaches by the Ministry of Education, but it should be accompanied by a sense of responsibility.

“Freedom is like independence, it is very valuable. If it is not filled with good values, it becomes meaningless,” he said.

Dr Mahathir said the ‘syura’ approach, or mutual discussion, was the best move taken by the government in ensuring that students’ voices are heard through deliberative concepts.

Therefore, Dr Mahathir said the government’s openness in accepting student feedbacks and in hearing their views was an opportunity for students to be directly involved in the administrative system of the nation.

On the MPPK meeting, Dr Mahathir said it was the best medium to educate students against making hasty and rash decisions.

“The MPPK meeting is an early exposure to highlight the ability of students to interpret and evaluate matters from a variety of angles. Mistakes in decision-making will have a profound impact on the well-being of the nation,” he said.

According to him, the council, which celebrates its 20th anniversary this year, has met for the 28th time and has been able to showcase the diverse aspirations of students pertaining to current issues, from the economic, educational and social aspects. — Bernama