Saturday, August 15
You are at:Home»Sports»Olympic marathon to be moved as Tokyo gives grudging support 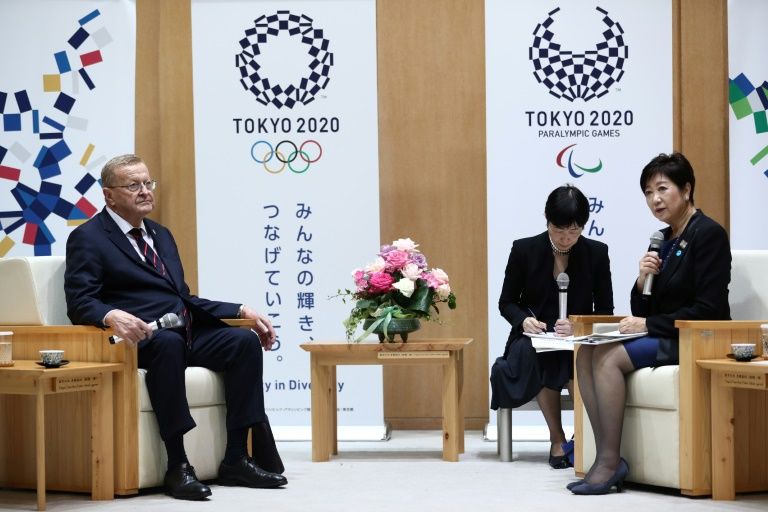 Tokyo and Olympic officials have been meeting this week to discuss the controversial plan to move the marathon and race-walking to northern Japan. AFP Photo

The 2020 Olympic marathon and race-walking will be moved to northern Japan over heat concerns, officials said Friday, after Tokyo’s governor offered her reluctant support.

The International Olympic Committee’s plan had caught Tokyo and 2020 organisers by surprise, with Governor Yuriko Koike repeatedly expressing her opposition. But on Friday, she said the city would not stand in the way.

“We cannot agree with the IOC but we will not obstruct the decision made by the IOC, which has the final decision-making authority,” she said at a meeting with Olympic officials and organisers.

“In other words, this is a decision without an agreement.”

The IOC announced last month that it wanted to move the events north to Sapporo, citing concerns about the hot and humid conditions of the Tokyo summer.

John Coates, head of the IOC’s coordination commission, welcomed Koike’s statement as well as assent from Japan’s Olympic minister and the 2020 organisers.

“I think then it’s clear we do have an acceptance of this proposal,” he said.

Coates said the IOC had agreed with the Tokyo government and the organisers that no other 2020 events would be moved, and that Tokyo would not bear any costs related to moving the marathon and race-walking.

He said the body would also look with Tokyo at expenses the city has already incurred to prepare for hosting the events that will now be held in Sapporo, in the northern island of Hokkaido.

Despite her comments, Koike made clear that the city remains aggrieved by both the decision and the abrupt way it was announced.

She said she remained convinced that holding the events in Tokyo was “the best idea”, and evoked the disappointment of Tokyo residents who “have worked so hard in preparation for this event”.

Speaking after the meeting she said some residents had already reserved seats at cafes or even bought condos with views of the route.

But she said she had consulted legal experts but determined “the absolute power of the IOC.”

Dragging out the issue “would only cause further burden on athletes,” she added.

“That is not what we are trying to achieve.”

Coates said the decision was triggered by the world athletics championships in Doha, which saw dozens of competitors receive medical attention in hot and humid conditions.

“The IOC was shocked by what we saw in Doha in very similar conditions in terms of temperature and humidity to what’s expected here in Tokyo,” he said last month in defending the decision.

“The IOC has a responsibility under the Olympic charter to always put the health of athletes first.”

Concerns about the Tokyo summer weather have dogged the otherwise relatively smooth preparations for the 2020 Games, with the city’s combination of humidity and high temperatures making for conditions that experts warn could be dangerous.

The city and organisers have taken a range of measures, from misting stations to heat-reflecting road paint, to try to assuage worries.

The marathon and race-walking start times had already been moved up to counter concerns about the heat, and there were reports Koike sought to propose starting the events as early as 3:00am.

But Coates said solutions other than moving the events were impractical, with transportation and filming in the dark among the obstacles to racing in the early hours.

Tokyo 2020 organisers said Friday that the Paralympic marathon, scheduled for September 6, is still expected to take place in Tokyo. But in a sign of the ongoing issue posed by the heat, they said the start time for two additional events — Olympic triathlon and the equestrian cross-country — were likely to be moved up.

Moving the marathon will entail logistical challenges, and Coates said Friday that he expected to talk with the International Association of Athletics Federations and Hokkaido officials as early as Friday to begin discussing issues including the route of the events.

The costs involved with the move remain unclear, though Tokyo officials have suggested they could be in the order of $300 million.

Various proposals have been suggested as something of a consolation prize for Tokyo, with Koike saying IOC President Thomas Bach had written to suggest hosting a post-Games “celebratory marathon” using the original planned route.

There has also been a suggestion that the marathon winners could have their medals presented in Tokyo during the athletics portion of the Games. – AFP