Abang Aditajaya speaks to reporters after the conclusion of the nomination for committee members of PKR Tanjong Manis branch in this file photo.

KUCHING: Sarawak Parti Keadilan Rakyat (PKR) deputy treasurer Datuk Seri Abang Aditajaya Abang Alwi’s nomination for the post of PKR Tanjung Manis branch chief has been revoked along with the nominations of 12 others.

The letter said the reason for the revocation was due to dual party membership.

The letter did not specify which other party they are members of. 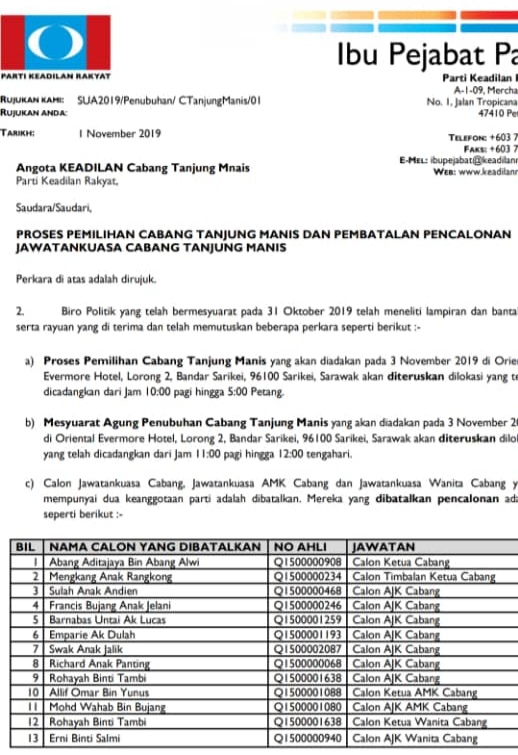 The letter said the reason for the revocation was due to dual party membership.

“I was informed about the letter to revoke the nomination, the letter is real. There will be a detailed statement on this matter,” he said.

Nominations for various branch posts were supposed to be held today (Nov 3) at Oriental Hotel, Sarikei at 10am.

Aditajaya has been Sarawak PKR deputy treasurer since April.

He has been actively campaigning in preparation for the nomination, and has been seen in Tanjung Manis based on photos posted on social media.