Saturday, January 23
You are at:Home»Columns»The internet at 50 – the dark side of the web 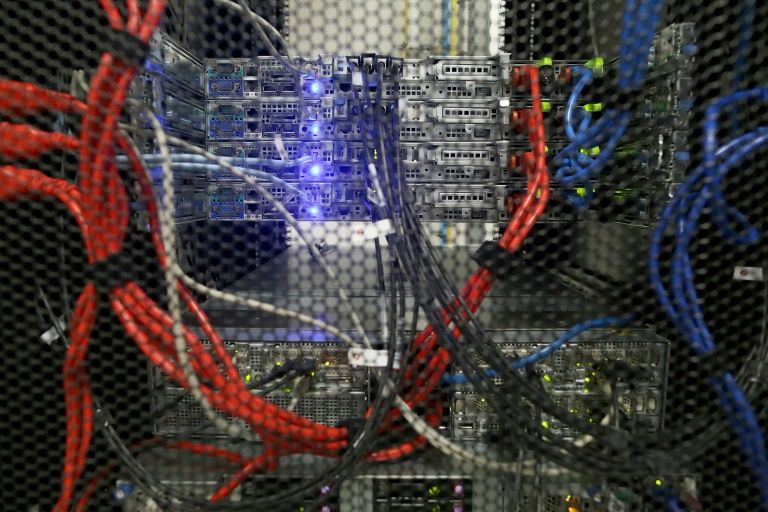 FIFTY years ago on the third last day of October 1969, as I was about to leave the hallowed halls of my alma mater St Thomas’ Secondary School forever, a team at the University of California at Los Angeles (UCLA) had just managed to make a computer ‘talk’ to a machine. That place is now known as Silicon Valley, the birthplace of the internet and the World Wide Web.

Prof Leonard Kleinrock, who had led the team, said at its 50th anniversary that today the internet is being used by four billion of the world’s total population of 7.7 billion (as of last month), accounting for 52 per cent, or one out of every second person on earth.

For usage, it’s northern Europe and north America that lead the world at 90 per cent and 88 per cent market penetration. Middle Africa is placed at the bottom of the list with only 12 per cent total usage; still a respectable figure considering its remoteness and lack of resources.

According to the Department of Statistics Malaysia, by the end of this year, Malaysia will hit 57 per cent smartphone usage among its population, which means that almost six out of 10 Malaysians uses a smartphone to communicate and access the internet.

These statistics are both revealing and frightening at the same time.

What does all this mean?

That has proven to be their biggest mistake – because the internet has found the perfect formula for a dark side, where there are no set rules and people using it can be as good or as nasty as they want it to be.

In the early days of the lone clever hacker sitting in his dingy little room or basement, a bad seed was planted. There is a dark side to this new and revolutionary technology, which was supposed to be able to help mankind in all kinds of ways.

Among its many lofty ideals – of being able to exchange knowledge and information on anything, from sharing a personal film review to how to perform a highly skilled specialist brain surgery procedure; it has today exploded into an unquantifiable myriad of opportunities far too many to name in a limited column such as this.

There are still mostly good things happening and the world wide web is being used for a million different useful and admirable things. But there is a dark side, which has crept in, and if we are not careful in controlling and limiting its spread, it will in time be able to take over and manipulate everything that’s good and admirable about it thus far.

Kleinrock blamed the creators themselves for not anticipating this phenomenon.

“It had started with businesses hawking things that are outdated or unneeded, violating privacy for profit. Bad actors now include nation states, organised crime and powerful corporations doing big bad things! We were not, in hindsight, the social scientists that we should have been.”

Today, right here, nearer home, in our own little world, we use the internet for so many useful things.

Almost everyone who can log onto a personal computer (PC) at home, or uses his smartphone or iPad to access the net, has his own unique email address and communicates with all his friends locally and worldwide by email. It would seem that after the explosion of WhatsApp that emails have been used less but for all purposes it’s still the go-to application for both informal and business communication. The beauty of it being there’s always something in black and white and on record. Emails can be used at any time of the day or night and they can be drafted and stored for delivery at any preferred time. WhatsApp somehow still seems too casual and flippant.

In recent times, the beast in the system has reared its ugly head within our country. In the lead up and during the political campaigns and many scandals prior to the national general election of 2018, large sums of money was spent (mostly by the then ruling regime) on what was termed ‘cyber-troopers’, whose single-minded duty was to write and spread fake news and rumours running down anyone or anything who tried to topple the current regime.

It was fortuitous that the non-government supporters at the time had vastly outnumbered those from the ruling party; and also by that time the mainstream media had lost most of their credibility in running political news.

By then too there was in place a large enough credible group of independent and anti-government media, which was able to counter any and all of such fake news and other similar attacks. This was despite the fact that they were mostly disorganised and had worked independently of each other and were under great persecution by the then government.

It had seemed that justice had won the day on that fateful May 9, 2018 morning.

At the moment these same forces have continued doing their dastardly work – they are now churning out stories and fake news on a regular basis throwing spanners into the works of the current PH government by inventing and spreading hatred, uncertainty, and disunity along the same old themes of religion, race, and anything else that can disunite the supporters of the PH government.

Such fake news and bad intentions have so far been quite successfully countered, but it looks like there’s no end anytime soon.

All of this came about because on that fateful day 50 years ago, someone invented the internet. Today, it has become the main default way for us humans to communicate with each other and I can certainly say that it has done more good than harm. Yet the continuing challenge is for each and every one of us to be wary, careful, and to ensure that we are discerning enough to be able to tell the real from the fake, the honest from the scam, and the good from the bad.

Previous ArticleToddler stuck in washing machine for 30 minutes
Next Article Wan Junaidi: Let the law decide on establishment of MPKKP in Sarawak