Friday, June 5
You are at:Home»News»Thousands throng waterfront for Regatta 2019 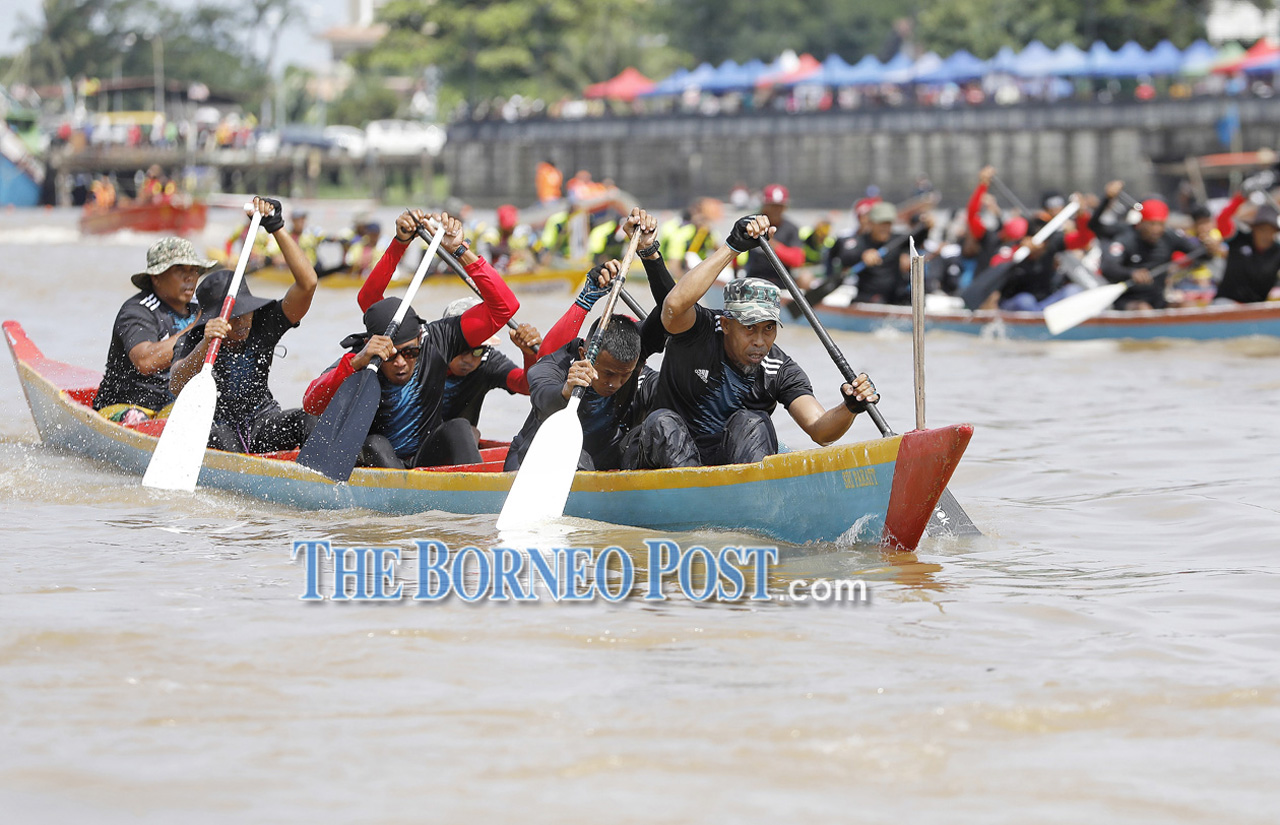 Some of the teams in action during the preliminary rounds.

KUCHING: Thousands converged on Kuching Waterfront for the opening of the Sarawak Regatta 2019 yesterday.

This annual event, which showcases boat races, attracts 36 teams from various government agencies, private sector and villages from throughout Sarawak.

At stack is the coveted ‘Raja Sungai’ (King of the River) title in the ‘bidar’ category. Each longboat carries 30 paddlers, and this race will be closely fought on Sunday.

The three-day event will feature 13 categories, involving 36 races including 23 qualifying rounds. The finals are scheduled on Sunday.

Records have it that the Sarawak Regatta dates back to 1872 during the Rajah Brooke era, to appease the warring tribal factions in the Baram when headhunting was still largely practised. The Brooke administration then instructed the tribes to instead challenge one another by having boat races to prove their prowess and strength.

Meanwhile, villages throughout Sarawak will be sending their representatives to compete for the coveted ‘Raja Sungai’ title, making a grand occasion of comradeship, teamwork and healthy rivalry.

This category is always a closely-fought affair, and a major crowd-puller.

The programme will also include a ‘Brooke Swim’, raft tug-of-war, duck-catching as well as exhibitions and markets selling cultural items and food.

The regatta takes place along the Sarawak River, and the 1.3km Kuching Waterfront provides ample vantage points to watch the action in the water.