Monday, August 10
You are at:Home»News»Wan Junaidi: Let the law decide on establishment of MPKKP in Sarawak 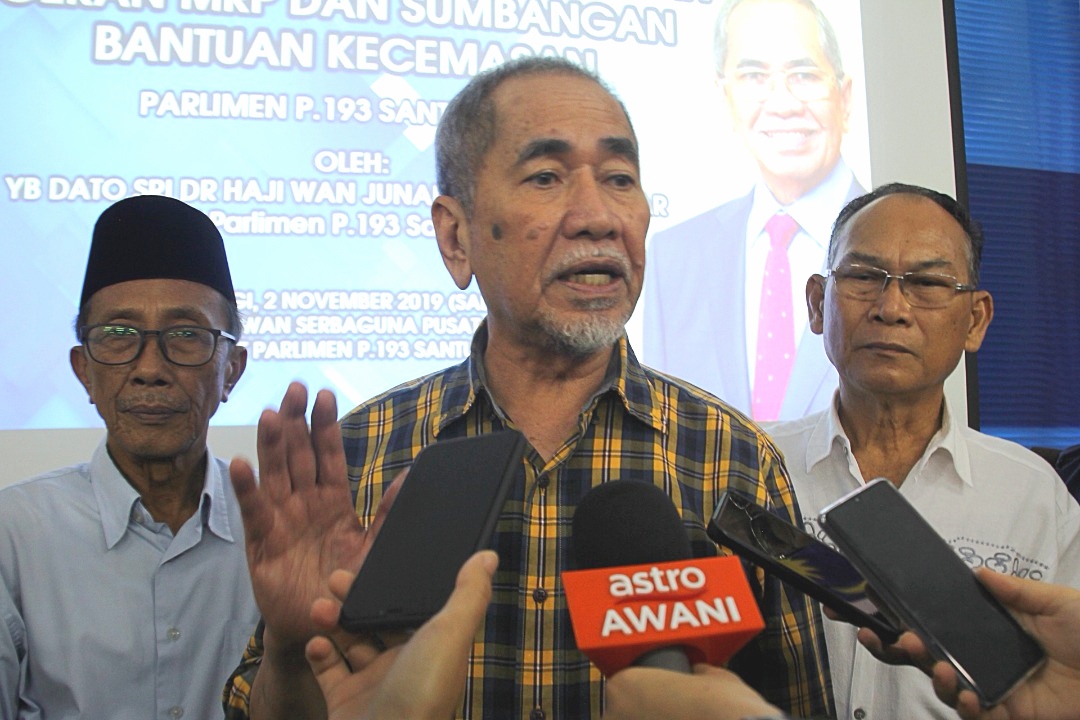 This was because, according to him, the setting up of MPKKP was not in line with the Inter-Governmental Committee (IGC) Report and the Federal Constitution to which Sarawak signed up for in the Malaysia Agreement 1963 (MA63).

“The establishment of any other bodies apart from the Village Development and Security Committees (JKKK) violates the IGC Report and the Federal Constitution.

“I have contacted the local authorities (in the state) to refer this to lawyers to be looked into, and if it would be possible to be brought to court to be declared as not in line with the IGC Report and the Federal Constitution,” he told reporters after giving our Minor Rural Project (MRP) funds and aid to his constituents at his Parliamentary Service Centre near here today.

If the court rules in favour of this, then the setting up of MPKKP could be delayed until the legitimacy of it has been decided, he said.

His second concern with the setting up of MPKKP in Sarawak was that it could divide the various communities in the state.

Wan Junaidi added that it would confuse the communities over which authorities to look up to between the existing JKKKs which are being headed by the community leaders, and the MPKKP.

“If this happens, Sarawak will never be the same again. Sarawak as it is now in unity, harmony and integrated, will cease to exist,” he said.

Finance Minister Lim Guan Eng during the Democratic Action Party (DAP) 19th Annual Convention in Miri on October 27 said his ministry will provide funds for the setting up of the MPKKP, involving 6,000 longhouses and villages in the state, next year.

He said the MPKKP would facilitate the channelling of funds by the federal government for implementation of projects in rural areas.

Rural Development Deputy Minister Sivarasa Rasiah on Sept 15 said the mechanics for the setting up of MPKK would be ready by Jan 1 next year.

“The decision by the cabinet is that we will be revamping the village community management council (MPKK) appointment in five states – Kelantan, Terengganu, Sarawak, Perlis and Pahang,” he explained during the launching of PKR Sarawak’s annual general meeting at a hotel here at the time.

Works Minister Baru Bian on Sept 27 said MPKKP would not be replacing the existing JKKK, and would not include those who are Ketua Kaum and Ketua Masyarakat as appointment of community leaders are under the jurisdiction of the State Government.

“As I have said before, the Ketua Kaum is different from MPKK. The Ketua Kaum’s appointment is under the power of state government.

“The setting up of MPKK is not with the intention of dividing the community. I have said many times before, and I repeat here that we are not going to divide but help the community so that all development projects given to the villagers are implemented and benefit them.

“There many benefits for the people but they are not aware of it. So you must have channels to bring these benefits to them,” said Baru, who is also Parti Keadilan Rakyat (PKR) Sarawak chairman.

Previous ArticleThe internet at 50 – the dark side of the web
Next Article CM: State govt to build five residential international schools to groom rural students