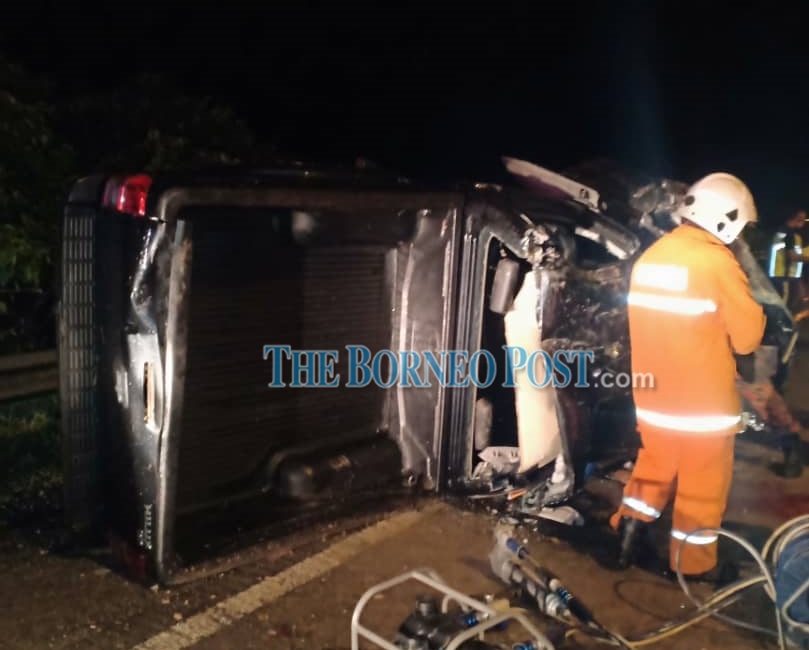 The damaged pick-up truck at the scene of the accident.

KUCHING: A female driver perished in a self-accident at KM 43 Jalan Kuching-Serian around 9.30pm last night.

“She was suffering from serious head injuries and pronounced dead by medical personnel at the scene of the accident,” said Alexson in a statement today.

Also in the car was a 49-year-old male passenger who suffered injuries to his body and head. The male passenger is currently being treated at the Serian Hospital.

Alexson said initial investigation showed that the road condition was wet due to rain and the pick-up truck was heading to Serian from Kuching.

“It is believed that the deceased had lost control of the vehicle and crashed into two lamp posts before it ended on the opposite side of the highway,” he added.

The body has been transferred to the Serian Hospital for further action and the case is being investigated under Section 41 of the Road Transport Act 1987.