Thursday, August 6
You are at:Home»News»Landas crowned ‘King of the River’ in Sarawak Regatta 2019 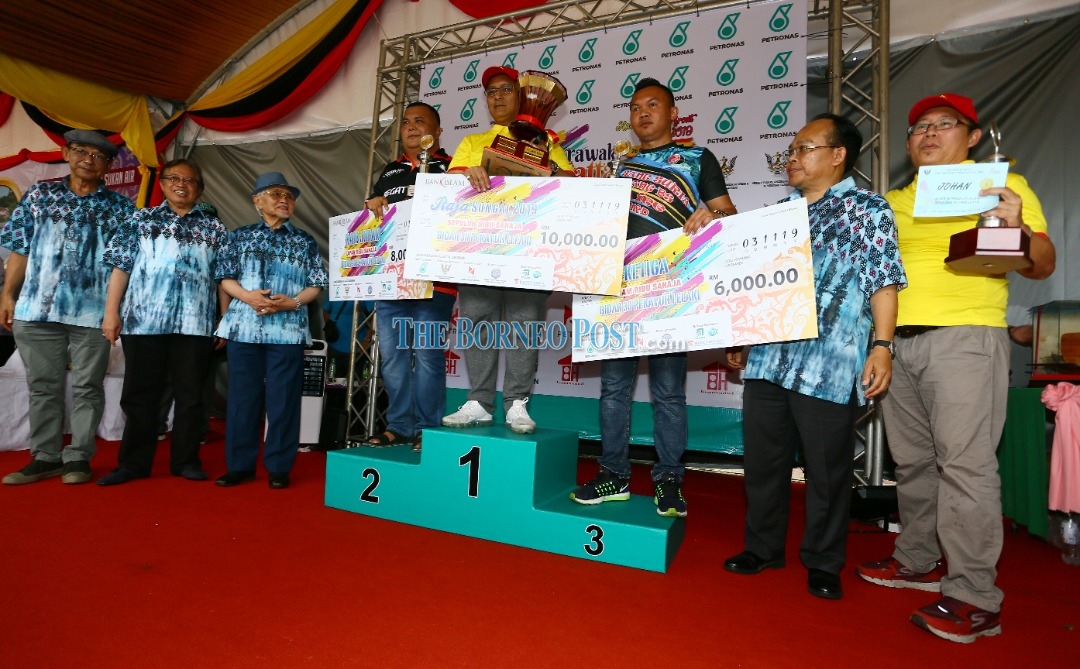 KUCHING: Landas has reclaimed the coveted ‘Raja Sungai’ (King of the River) crown in Sarawak Regatta 2019, more than compensating for the team’s lacklustre performance in last year’s edition.

The rowers from Sarawak Land and Survey Department beat the rising star team Udak and team Jang BS in the Raja Sungai 30 Men Paddlers category, earning themselves not only the ‘Raja Sungai’ title but also the ‘TYT Trophy’ and RM10,000 cash award.

Team Udak, consisting of local paddlers from Kuching and villages around the city, was one of the favourites to win the title but had to settle for second place trophy and RM8,000 cash.

It was an intense 1.88km race along Sungai Sarawak with the finish line just before the Musical Fountain at the Kuching Waterfront here today. 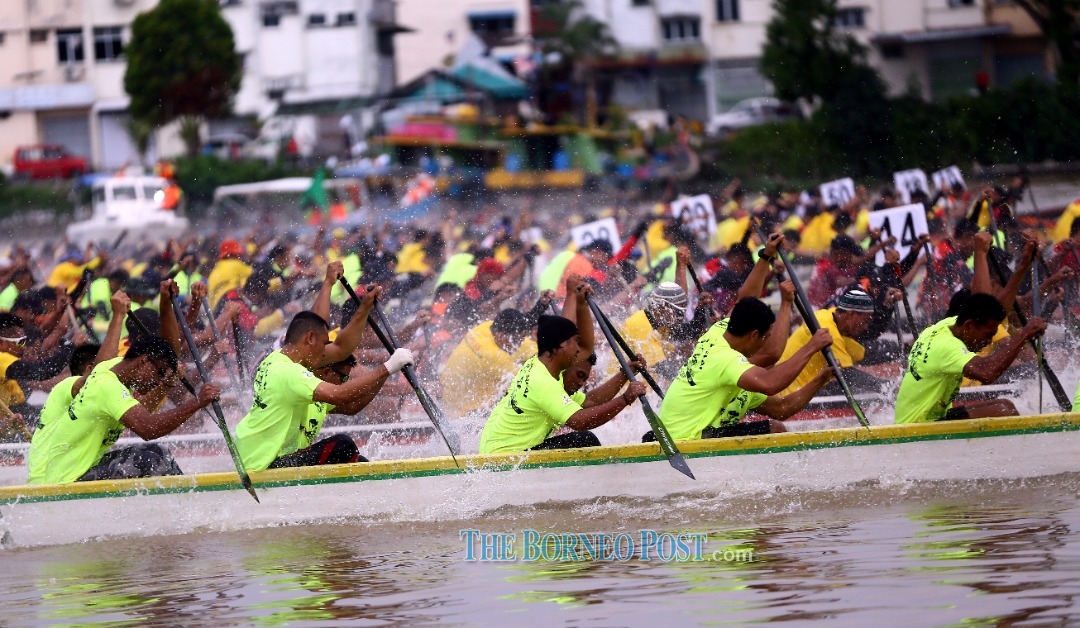 Team Landas giving it their all out rowing as fast as they can to get back the ‘Raja Sungai’ title. – Photo by Muhammad Rais Sanusi

The initial flag-off was at 4.25pm, but was red-flagged half way because some boats were crashing onto each other.

The race had to be restarted, and was flagged-off at around 4.40pm.

At the last few metres of the race everybody at the VIP area stood up to cheer for the top three to give out their last spurt, including the Chief Minister Datuk Patinggi Abang Johari Tun Openg and Yang Di-Pertua Negeri Sarawak Tun Pehin Sri Abdul Taib Mahmud, joined by other state dignitaries.

Landas won the Raja Sungai title in 2009 and 2010, as well as 2017, making them the team that has won the most. Last year the title went to Puteri Dang Balai Yayasan Sarawak. 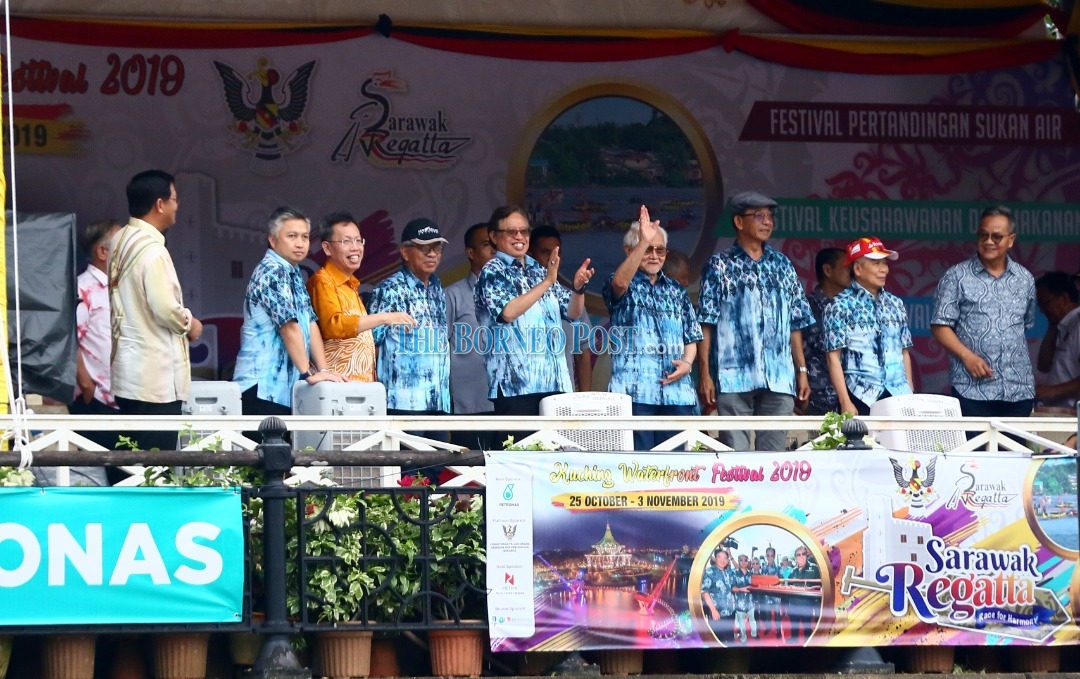 Taib (fourth right) together with Abang Johari (fifth right) and other state dignitaries standing up to cheer for the paddlers about to cross the finish line. – Photo by Muhammad Rais Sanusi

Meanwhile, Abang Johari told reporters after the competition that he had proposed to the organiser namely the Tourism Ministry to increase the cash prize for next year’s Regatta following the success this year.

For example, he said, the winner for the Raja Sungai this year received RM10,000, but for next year it might be increased to RM30,000.

“We (state government) will allocate a budget for the next Sarawak Regatta. Other allocations will be as it is, being allocated to the various assemblymen for their own regatta in their respective constitutions,” Abang Johari said.

He also revealed another unique regatta held in Kapit which is the Power Boat Race, which the state government has been banking on as it was a good attraction for the rural areas of Kapit.

“We are now in phase two upgrading the Kapit Waterfront. The Power Boat Race is one of the attractions for the Upper Rajang River,” he said.