Friday, August 14
You are at:Home»News»Wong: PSB remains an independent party with no affiliation to any political party in S’wak 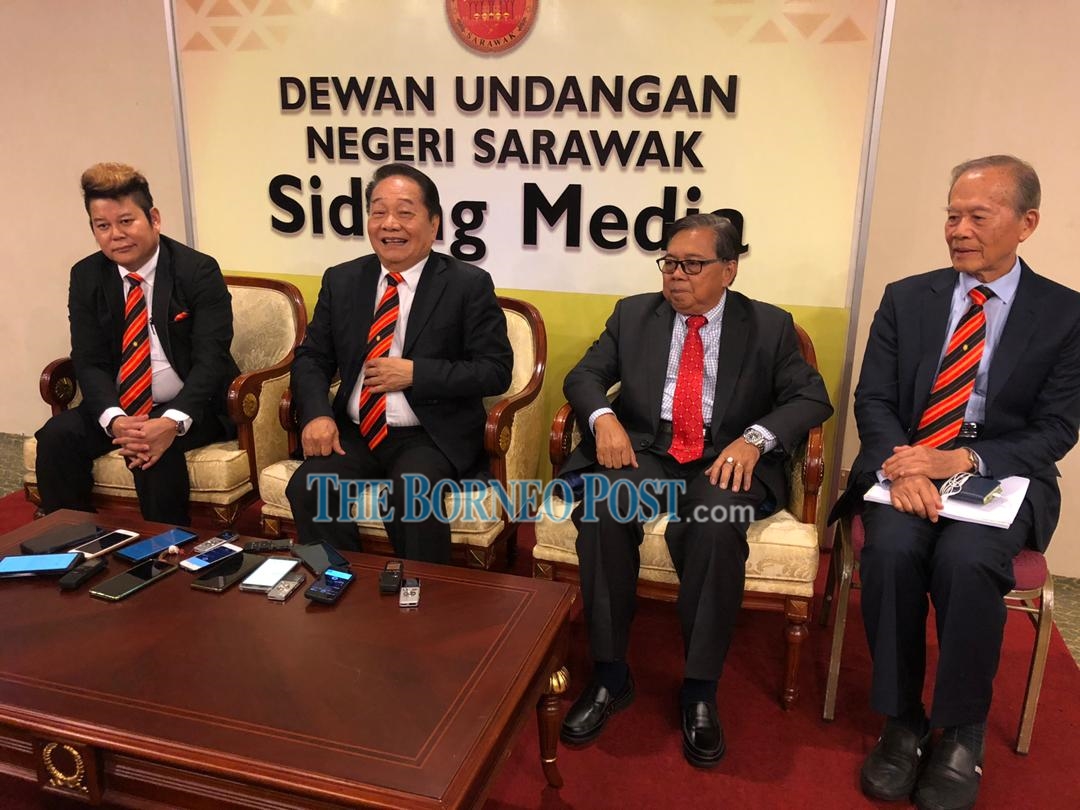 Wong (second left) speaking during the press conference. Also with him are (from left) Rayong, Ranum and Tiong.

KUCHING: Parti Sarawak Bersatu (PSB) remains as an independent party with no affiliation to any political party in Sarawak.

This was clarified by its president Dato’ Sri Wong Soon Koh who has been assigned to be seated with Gabungan Parti Sarawak (GPS) backbenchers in the chamber.

“PSB is no longer part of the government nor is it a GPS component party or GPS-friendly party.

“We are an independent, locally-based party fighting for the interests and rights of Sarawak as well as for the well-being of all Sarawakians irrespective of race, religion and culture,” he told a press conference the Media Room of the State Legislative Assembly (DUN) Complex today.

As for the seating arrangement in the DUN chamber, the Bawang Assan assemblyman said it is the prerogative of the Speaker to arrange where PSB elected representatives are seated.

“We are now still seated amongst the GPS elected representatives but we do not want this to be construed that we are still part of GPS,” he stressed.

Asked if he had raised the matter concerning the seating arrangement with DUN Speaker Datuk Amar Mohd Asfia Awang Nassar, Wong said he did but Asfia had arranged it that way.

Nevertheless, he was also quick to point out that PSB does not mind where they are seated.

“I’m very happy with the present seating arrangement and wherever I’m assigned to sit, it’s okay so long as I have a place in the Dewan.

“We just don’t want to give the wrong message that we are still part of GPS because we have been arranged to sit together with GPS,” he emphasised.