Friday, June 5
You are at:Home»News»Sabah»Centre to start digital batik printing course next year 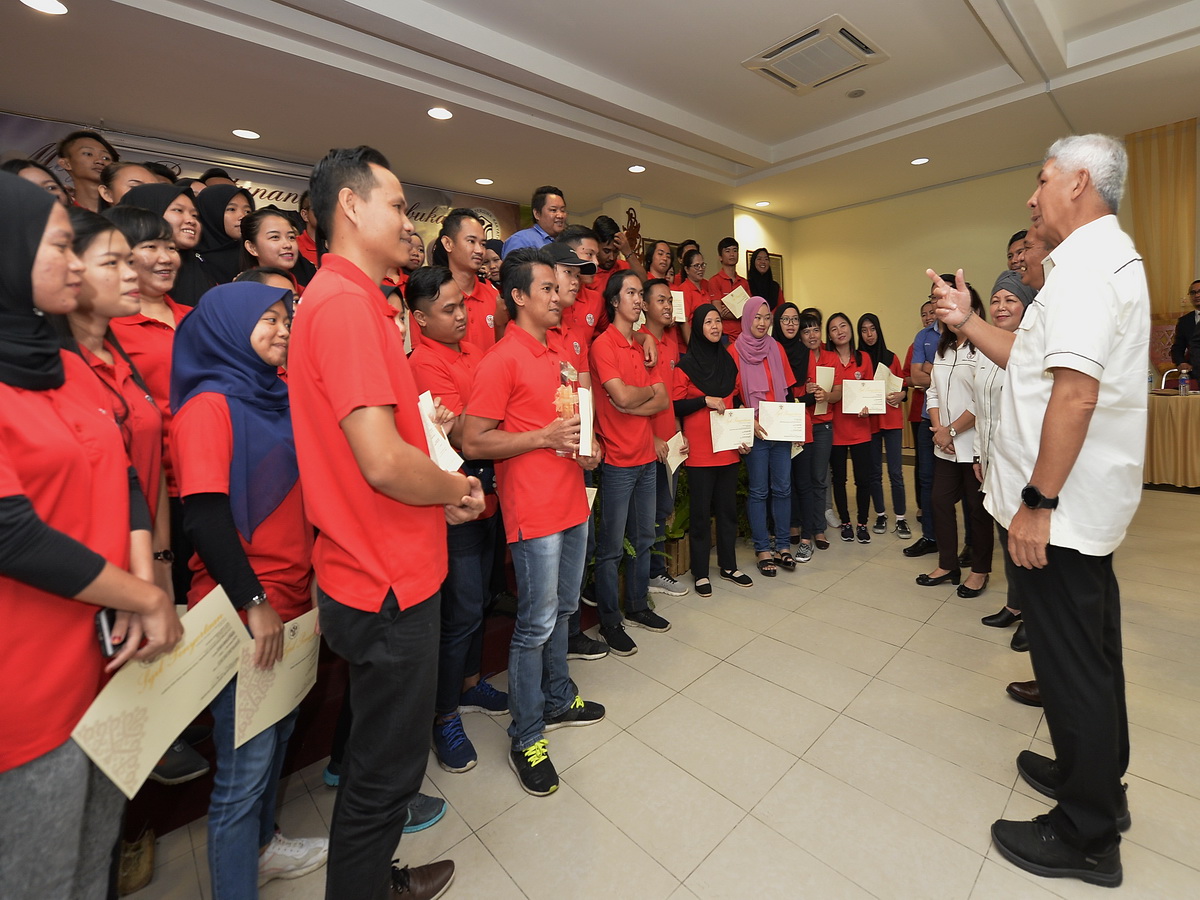 KENINGAU: The Sabah Handicraft Centre (PKS) is planning to start a training course on digital batik printing next year.

“We are indeed responding to the government’s call for a digitisation era as we do not want to be left behind by neighbouring countries such as Indonesia, China and Vietnam who have utilised such machines for many years. With the machine, we will be able to produce more batik fast and at a lower cost,” he said.

“Subsequently, hand-made batik will still be in the forefront due to the MS ISO 692: 9000 batik standards recognition we obtained in 2015 and most recently in 2018,” he added.

Jamalul disclosed this during the closing ceremony of PKS Open Day and presentation of certificate of completion of the Handicraft Training Programme (PLK) yesterday.

“The construction of student hostels will begin early next year. Our gratitude again to the Implementation Coordination Unit, Prime Minister’s Department, Federal Development Office, Sabah State Economic Planning Unit and the Public Works Department for working together on realising the construction of the hostel which can aptly accommodate 200 people at a time,” he said.

The director also said that PKS would continue to produce competitive human capital in handicraft production in order to enhance socioeconomic livelihood of the local community, especially rural youth.

He further reiterated that since the PLK was introduced back in 2011, PKS together with the Yayasan Sabah Group zone offices has trained more than 20,000 youths across Sabah in various handicraft fields.

These programmes implemented at PKS, he said, not only provided skills in handicraft manufacturing, but also provided the necessary skills for trainees in earning income as craft entrepreneurs.

With regards to the programmes provided by PKS, Jamalul explained, “Since 2017, PKS introduced the Start-Up Programme, a new programme which is a continuation of the Incubator programme. Since its introduction, PKS successfully trained 57 participants under the Start-Up Programme, which provided them guidance on how to start a business through the 24-month Technical Advisory Service Programme.”

According to him, PKS recently cooperated with the Malaysian Timber Industry Board (MTIB) through the Wood Industry Skills Development Centre (WISDEC) Sabah in its Technical Advisory Services Programme for five Start-Up Programme participants.

The programme aims to assist companies in terms of technical advisory services to assist in enhancing the market while providing usability, equipment and machinery, layout, manufacturing processes and others.

“Another feat that we are very proud of is the collaboration with WISDEC Sabah will enable the PKS participants of the timber-based programme to obtain the Sijil Kemahiran Malaysia (SKM) Level 2 and 3,” Jamalul added.

This year, a Scale-Up programme was introduced, which acts as a continuation of the Start-Up Programme, whereby participants were taught on ways of enhancing their businesses. Five entrepreneurs have been chosen to participate, guided and monitored in the 36-month programme.

Touching on another collaboration, Jamalul explained, “From October 14 to 16 and from October 21 to 25, 2019, PKS has partnered with Infinity Quest Venture PLT in the successful launch of the Unlock Programme for Start-Up participants as well as Build Your Business Programme (BYOB) for Scale-Up participants.

“Through these programmes, participants are taught about effective pitching methods in reaching out towards business fund providers. Participants were also taught on creating effective business plans as part of enhancing their entrepreneurial knowledge,” he added.

Jamalul also reiterated on the collaborations between the Yayasan Sabah Group, Universiti Sains Malaysia (USM) and Unit Peneraju Agenda Bumiputera (TERAJU) in the Innovation for Community (INNO4C) Programme designed to be conducted at several villages in the Tenom, Tawau, Papar, Kota Belud and Tuaran districts in hosting various programmes for the local community.

“I would like to emphasise that we will introduce our very own entrepreneurial brand. If the Amanah Ikhtiar Malaysia (AIM) has its Sahabat AIM, then Yayasan Sabah Group has our very own UNIK Entrepreneurs. UNIK is a synonym for craft business industry entrepreneurs, and it is a platform for all PKS-supervised entrepreneurs in becoming successful entrepreneurs,” he said.

“In this regard, we are grateful to the Federal Government for providing funds for both Start-Up and Scale-Up programmes through the Sabah Native Special Programme,” he added.

In strengthening the Entrepreneurship Development Programme at PKS especially in the packaging programme, Intellectual Property (IP) interests and so on, Yayasan Sabah Group will work with other agencies and establishments such as Standard and Industrial Research Institute of Malaysia Bhd. (SIRIM), Intellectual Property Corporation of Malaysia (MyiPo), Infinity Quest Venture PLT and others.

“On behalf of Yayasan Sabah Group, I would like to express my sincere appreciation to the Federal Government under the Implementation and Coordination Unit of the Prime Minister’s Department, which has provided funds to Yayasan Sabah Group through PKS for implementing PLK at this centre. Through this commitment, Yayasan Sabah Group is confident of producing talented, productive, self-reliant youths in the state’s handicraft industry,” said  Jamalul before handing over the PLK 2019 Certificate to 69 trainees.

Concurrently, the PKS Open Day organised from November 2 to 4  saw the participation of at least 100 handicraft entrepreneurs from all over the State.

In explaining the essence of the event, Jamalul commented, “This event played a vital role in strengthening the craft community in supporting PKS’s continued efforts in preserving the craft industry in the State as well as culturing the community with the arts of handicraft-making, thus encouraging the use of craft products within the community in their daily life and lifestyle.”