Friday, July 10
You are at:Home»News»Sabah»New State Secretary to be announced on Wednesday – CM 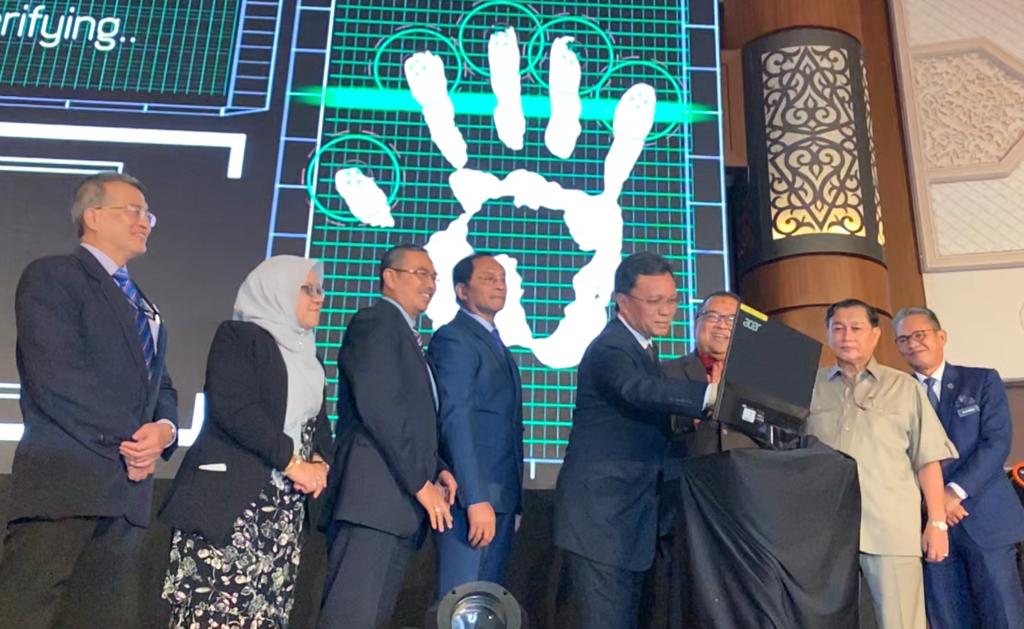 Shafie (fifth left) placing his palm on the screen in the gimmick launch of ISAS 2019 yesterday.

Shafie said the announcement will depend on the receipt of the appointment letter from Sabah Head of State, Tun Juhar Mahiruddin.

“We will make the announcement when we receive the letter, and then we will do the necessary, possibly Wednesday,” he said.

“Wait when the time, Wednesday, comes. After my cabinet meeting (on Wednesday), then I will make the announcement,” he added after officiating at the Sabah Public Sector Innovation Awards (ISAS) 2019.

The new Sabah State Secretary will succeed the retiring Datuk Seri Hashim Paijan, who reached the mandatory government retirement age of 60 on November 2.

When asked by reporters after officiating at the Chief Minister’s Department Anti-Corruption Plan at the Sabah State Development Office, Shafie chose toremain mum regarding Hashim’s replacement.

Hashim served as the past Industrial Development Ministry permanent secretary before succeeding Tan Sri Sukarti Wakiman as the Sabah State Secretary on July 9, 2018.

He has described his tenure as the State Secretary for the last one year and four months as dynamic.

“There has been dynamic and positive changeswith the introduction of new personalities in the government, new ministers and executives,” he saidafter an audience with the Chief Minister yesterday.

He added that all these changes had injected something new in the development of the state.

Hashim also extended his best wishes to all his former officers in the civil service and urged them to be dedicated in their work.

“Work with integrity,” he advised.

With regard to his activities after retirement, he shared that he wants to get back to his old hobby.

He added that he has been in the civil service for 37 years and that he has not held a fishing rod for 12 years.

“I want to go back to my old hobby. I will be going fishing in March,” he said, adding that he has not been on a fishing expedition for 12 years.

He also plans to read the many books that he had bought but did not have the chance to read.