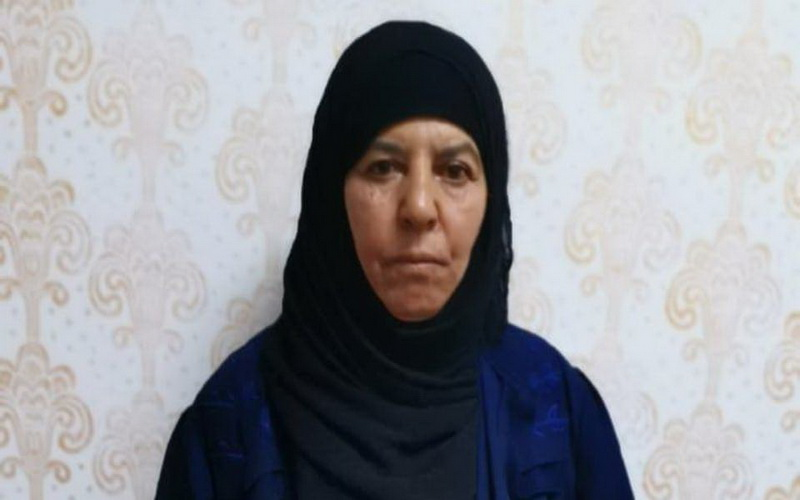 Rasmiya Awad, believed to be the sister of slain Daesh leader Abu Bakr al-Baghdadi, who was captured on Monday in the northern Syrian town of Azaz by Turkish security officials. Reuters Source Photo

According to The New York Times newspaper, 65-year-old Rasmiya was captured on Monday evening in the city of Azaz in the province of Aleppo in northern Syria, where she lived with her husband and relatives.

Capturing Baghdadi’s sister, who is also believed to be affiliated with the terrorist organisation, would provide crucial information for the intelligence, the source said as cited by the media outlet.

Last week, US President Donald Trump announced that Baghdadi had been killed in Syria during a special operation by the US troops. According to the US leader, the number one terrorist was under the Pentagon’s surveillance for quite some time before the conditions were ripe to eliminate him. Later, Russian Defence Ministry spokesman Igor Konashenkov said that Russia did not have reliable information that the US military had carried out an operation to “destroy” Baghdadi. – Bernama