Friday, June 5
You are at:Home»News»Sabah»Woman killed after car caught fire in accident 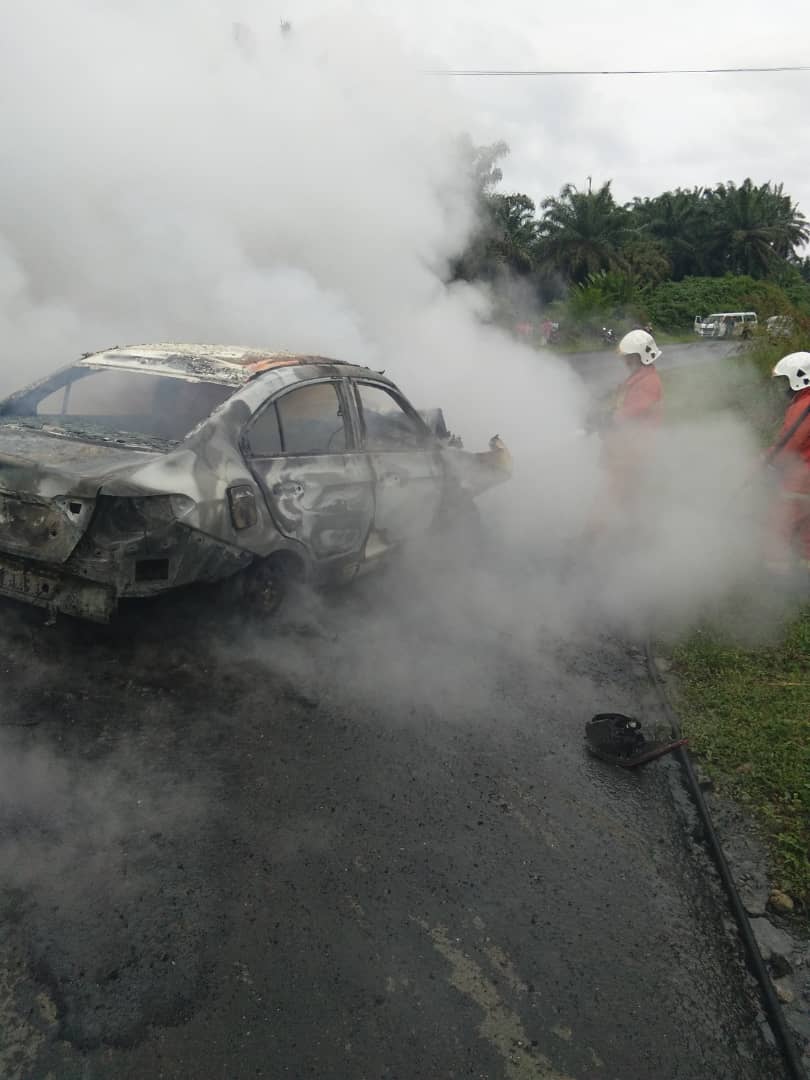 The Proton Saga caught fire after colliding with the Toyota Hilux.

LAHAD DATU: A 26-year-old driver was killed when she was trapped inside a burning Proton Saga car after colliding with a Toyota Hilux vehicle at Jalan Sri Putatan here yesterday.

Lahad Datu police chief ACP Nasri Mansor said the victim was heading towards Jalan Dam from Sabahmas when she lost control of her vehicle while going downhill through a bend around 6.20am. As a result, she veered into the opposite direction and collided with the Toyota Hilux.

“The impact of the collision caused the Proton Saga to catch fire and trapping the driver inside the vehicle. Only after the fire was extinguished was the Fire and Rescue Department personnel able to retrieve the driver from the car,” he said.

Nasri said the victim suffered 80 per cent burns while the 48-year-old Toyota Hilux driver sustained minor injuries. He was sent to Lahad Datu Hospital for treatment.

None of the drivers were suspected of drunk driving, but blood samples were taken for analysis, he said, adding that the mishap is being investigated under Section 41 (1) of the Transport Act 1987.

In another accident along Km 25, Jalan Beaufort/Sipitang on Sunday, a 38-year-old man, was killed after he lost control of his car at a bend, causing it to overturn a few times before he was thrown out.

The victim was believed to be traveling home to Sipitang from Beaufort when the mishap happened.

“The vehicle was damaged on all sides. The victim was not suspected to have been under the influence of drug or alcohol and a blood test would be conducted to confirm that.

“It was raining at the time of the accident and the winding road was wet and dark; there were no streetlights. Early investigation found no criminal elements. The case remains under investigation under Section 41(1) of the Road Transport Act 1987,” said Azmir.

He added that the vehicle was brought to Beaufort police station for further investigation and Puspakom inspection.