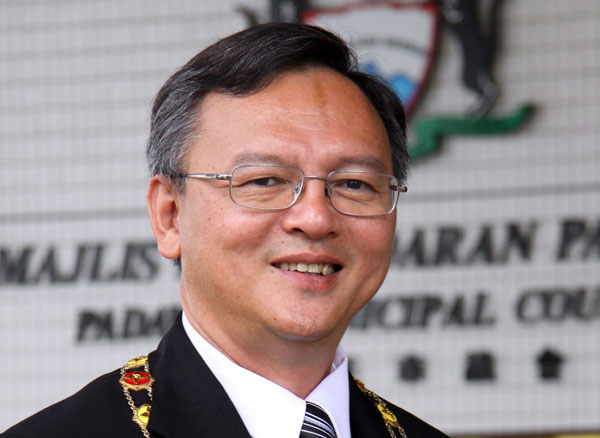 “Let Sarawak decide,” he said, citing the prime minister’s remark that Sabah and Sarawak did not want independence but autonomy at the 73rd United Nations’ General Assembly in New York after Pakatan Harapan (PH) had taken over the government last May.

Debating the 2020 State Budget this morning, Lo claimed that Sarawak was practically a colony of Peninsular Malaysia which showed a disregard for the wishes and intent of the spirit of the Malaysia Agreement 1963 (MA63).

“How else can we explain the selfish siphoning of RM15 billion in nett oil earnings and RM45 billion in gross gas earnings annually from Sarawak, for the continuing expansion of Malaya with only five per cent being returned to Sarawak?,” the Sarawak United People’s Party lawmaker asked.

He said Sarawakians were fully supported Chief Minister Datuk Patinggi Abang Johari Tun Openg in regaining control over the state’s oil and gas resources, and to pursue the return of its rights as enshrined under MA63.

“Enough is enough. 56 years of exploitation and proliferation by Malaya of our oil and gas resources must stop now,” he exclaimed.

Aside from that, he also questioned where the promise from DAP and the PH government  to return Sarawak’s autonomy on education and health went.

He said the federal government rejected the offer from the State government for the repair of more than 1,000 dilapidated schools but instead asked to return the RM350 million owed to them first, which was done without delay.

Subsequently, the 2020 federal budget only has RM783 million allocated for dilapidated schools in Malaysia, he said.

He added that to-date, only RM100 million is going to dilapidated schools in Sarawak.

To this, he asked if Sarawak government has been duped to returning RM350 million, only to get RM100 million for dilapidated schools here.

“We cannot depend on the ridiculous policies of the present minister of education who prioritizes black shoes, swimming lessons, breakfast for all children in all schools for the whole nation and the art of Khat instead of pursuing positive actions like information communication technology (ICT) as stated by Tan Sri Rafidah Aziz.”

He was referring to the former federal minister’s suggestion of splitting the education portfolio into two ministries as equal emphasis cannot be given to such diverse topics like black shoes for school students and information and communications technology (ICT), and also take into consideration the big difference between the needs of primary as well as secondary education, as compared to tertiary education.

Lo said PH has governed for 18 months but Sarawakians continue to suffer from the empty promises before the 14th General Election, including in giving the state its due from its oil and gas resources.

He pointed out that the country’s gross domestic product has dropped from 4.7 to 4.4 since the election, and the worsening economy has forced many people to take on more than one job to survive.

In addition, he said racial harmony is wavering on a thin edge and extremism issues are on the rise.

“Pakatan Harapan has been given its chance to deliver but has failed miserably. The country is more divided than ever,” Lo said.

“On the other hand, GPS has not only maintained a double digit positive budget but more importantly, it has been able to maintain peace and harmony in Sarawak.”