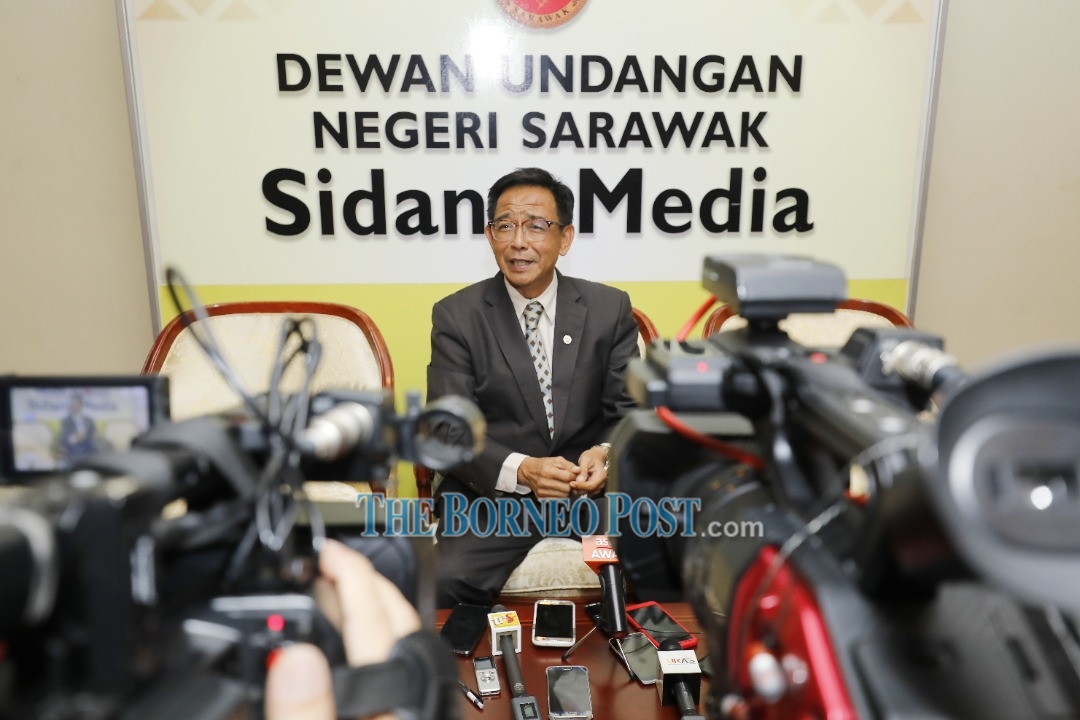 Abdul Karim speaking to reporters at the DUN Media Centre this morning.

“Many of us already receiving notices from IRB. It’s all very personal and I don’t want to get into the details,” said Karim, who is the Tourism, Arts and Culture Minister.

“Of course there are many ways of harassing. This is what we call occupational hazard. When you are in this line, you have to be prepared for it,” he said, adding that this started after the PH swept to power in the polls.

The Parti Pesaka Bumiputera Bersatu (PBB) vice-president said this when asked if he had foreseen attempts to destabilise the state government, during a press conference on the sidelines of the State Legislative Assembly sitting today.

Abdul Karim said he was not worried about the notices as he had been paying his income tax although there might be some “small things” that could have been left out.

“Should not be a problem. Because I am someone who doesn’t evade my tax. I have been paying from the time I work,” he said.

“He was given the opportunity to speak but he transgressed too far away and that is the reason why the speaker used the power that he has in the standing order.

“He was given the opportunity to speak up and he did not use that opportunity wisely, so the Speaker Datuk Amar Mohd Asfia Awang Nassar exercised his powers provided under the standing order,” he said.

Abdul Karim said for Chong to describe the state budget as “hot air” was not proper, and should have realised that it would backfire on him.

“A lot of members will go against him for what he said in the DUN in 2017, when he mentioned that even if the state government and the federal government is different, where federal is under PH, they would still go for the (promised) 50 per cent tax collected in Sarawak to be returned back to the state, and 20 per cent oil royalty unconditionally.

“Knowing fully well he’s going to be interrupted, he came up with that kind of strategy probably talking about ‘hot air’ and things like that, to create anger and provoke, and he has achieved that and probably got stopped half way.

“Out of that he’s trying to seek glorification as well, saying that this was the first time somebody got stopped from debating. I don’t think it is something to be proud of,” he said.