Sunday, January 19
You are at:Home»News»Dozens rescued after Philippine ferry capsizes 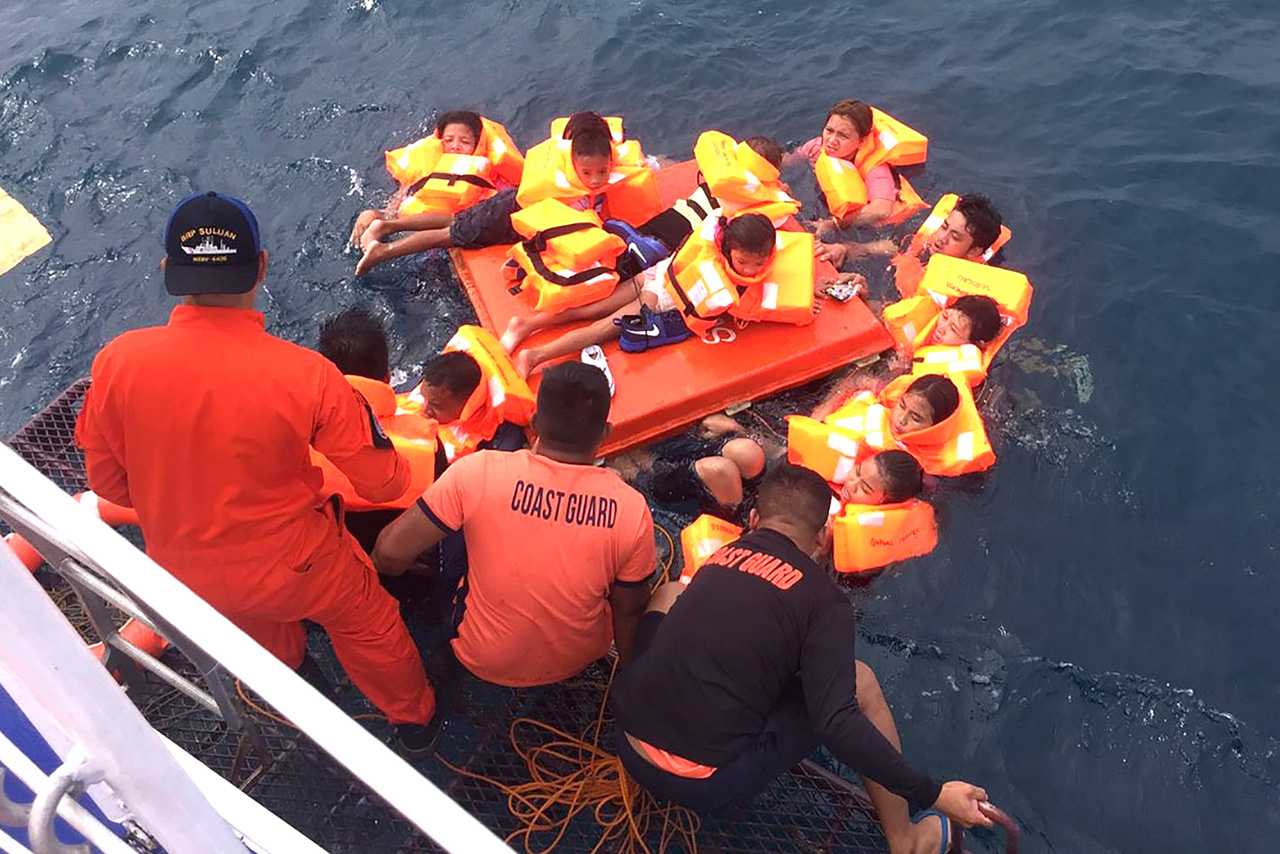 Passengers of the ill-fated MV Siargao Princess ferry after being rescued from the waters off Sibunga Cebu in the central Philippines. — AFP photo

MANILA: Philippine authorities rescued dozens of people yesterday after a ferry sank in rough seas, but search teams were still working to confirm all aboard were accounted for, the coast guard said.

Rescuers plucked 59 people from waters off the central island of Cebu, while another three swam to shore after the vessel took on water and capsized.

The manifest showed 60 crew and passengers aboard, the coast guard said, however it is not clear if the list was complete.

Manifests in the Philippines are often not a full accounting because passengers may stow away or captains can exceed the official capacity of their vessel.

“Rescue operations are ongoing. We cannot stop until we are satisfied that everyone is safe and has been accounted for,” coast guard spokesman Lieutenant Michael Encina told AFP.

“The boat has sunk. We haven’t been able to find it,” he added.

The vessel, Siargao Princess, was plying a route near Cebu when its crew radioed for help, saying the boat was in trouble.

The Philippines, an archipelago where millions rely on rickety ferries for cheap transport between islands, has regular boat accidents. — AFP