Friday, July 10
You are at:Home»World»Scores of Indian farmers arrested over polluting fires 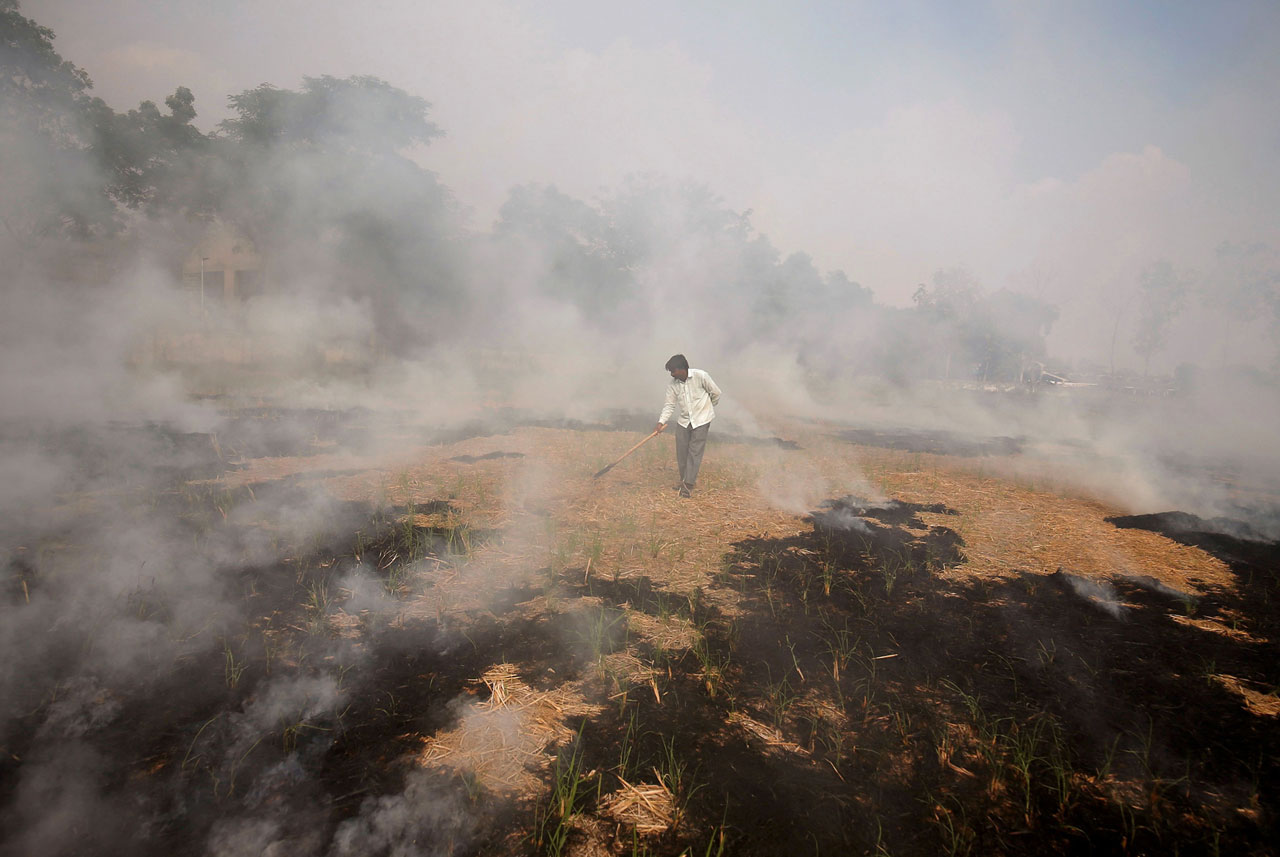 A farmer burns paddy waste stubble in a field on the outskirts of Ahmedabad, India. — Reuters photo

NEW DELHI: More than 80 farmers have been arrested in northern India for starting fires that contributed to the recent pollution crisis in New Delhi and other cities, officials said yesterday.

Each winter the post-harvest burning of crop stubble covers swaths of the region in toxic smog, which combines with car and factory emissions to turn Delhi into the world’s most polluted capital.

India’s top court this week ordered a crackdown on illegal stubble-burning, but the fires continued across Punjab and Haryana states – with many started at night to try and avoid detection.

A senior Punjab police officer said more than 17,000 farm fires had been reported in the state in the past three days, with 4,741 on Wednesday alone.

“More than 84 people have been arrested for violating the law. Cases have been filed against 174 farmers,” the officer told AFP.

Authorities said more than 48,000 farm fires had been reported in the two states since late September – a dramatic increase from 30,000 cases in 2018.

The Supreme Court ordered a complete stop to the fires on Monday and on Wednesday slammed local governments for not taking action, instructing them to pay hard-up farmers to stop burning the stubble.

“You just want to sit in your ivory towers and rule. You are not bothered and are letting the people die,” said Justice Arun Mishra.

Pollution levels in the Indian capital remained bad on Thursday, four days after one of its worst pollution attacks in several years during which schools were closed and a public health emergency declared.

Dirty air causes hundreds of thousands of premature deaths in Indian cities each year, according to medical studies.

Tiny particles from the fires, which can enter the bloodstream and penetrate the lungs and heart, get blown over New Delhi.

In the winter, cooler temperatures prevent pollutants from dispersing, while smoke from millions of Diwali firecrackers also help turn the capital’s skies a putrid yellow.

Meanwhile, in Pakistan, air pollution forced the closure of thousands of schools in Lahore, with a local environment agency spokesman blaming the poisonous haze on crop-burning in India.

Lahore, home to at least six million people, is Pakistan’s second-largest city, and is less than an hour from the Indian border

“Administration is already on high alert and have tasked them to escalate actions against crop burning and other factors that contribute to smog,” he said.

“The smog is impossible to escape. We destroyed our water resources. Now our air is hazardous. We have turned elements of life into vehicles of death,” said Jan. — AFP