Friday, June 5
You are at:Home»News»Urgent need for mini CIQS in Telok Melano, says Jamilah as number of Indonesian visitors rise 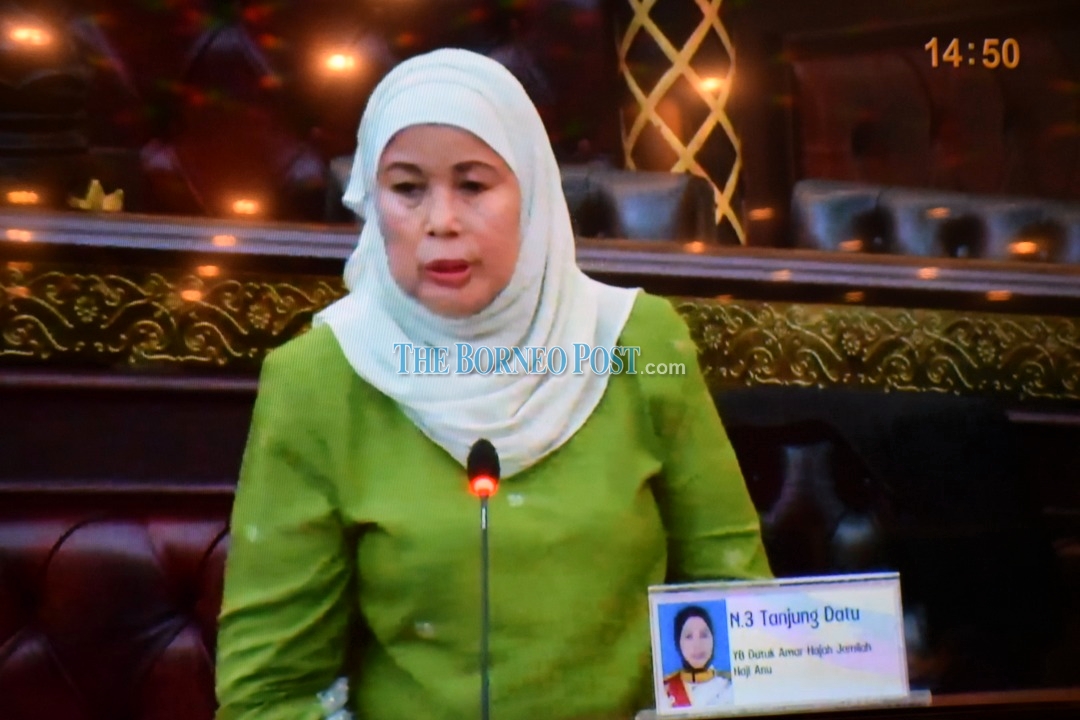 KUCHING: Tanjung Datu assemblywoman Datuk Amar Jamilah Anu has urged the government to expedite the construction of the mini Customs, Immigration, Quarantine and Security (CIQS) complex in Telok Melano which was proposed in 2017.

This is following the influx of crossborder visitors from neighbouring Kalimantan after the opening of the Telok Melano-Sematan Pan Borneo Highway stretch in January 2019, she explained during the State Legislative Assembly (DUN) sitting today.

“Since the opening, Kampung Telok Melano has been non-stop receiving visitors from our neighbours from West Kalimantan. We welcome them, but they must comply with our immigration and customs procedure.

“Therefore, I urge that the construction of the proposed mini CIQS complex be hasten to regulate these crossboundary visitors,” the Gabungan Parti Sarawak (GPS) lawmaker said when debating the 2020 State Budget.

Jamilah also reiterated her call for tighter security along the border between Teluk Melano and Kalimantan.

“However till now the presence of security personnel is still not noticed. Again I say it (in DUN), please beef up security along the borders to curb any crossboundary threats and difficulties in the future,” she said.

State Immigration Director Ken Datu Leben had in Feb 2017 said the department was planning to set up a CIQS complex at Telok Melano after the state government announced that Tanjung Datu will be turned into a premier tourist destination.

Meanwhile, Jamilah urged the state government to speed up processing applications from her constituents for Native Customary Rights (NCR) land survey under Section 6 and Section 18 of the Land Code.

“I understand that the Land and Survey Department is facing various challenges in terms of logistics and funding every year, but the people cannot accept that excuse anymore.

“Therefore my office and other agencies in my constituency are more than willing to assist to speed up this initiative,” Jamilah said.