Friday, July 10
You are at:Home»News»Expect full support from GPS for JKKKs, says Uggah 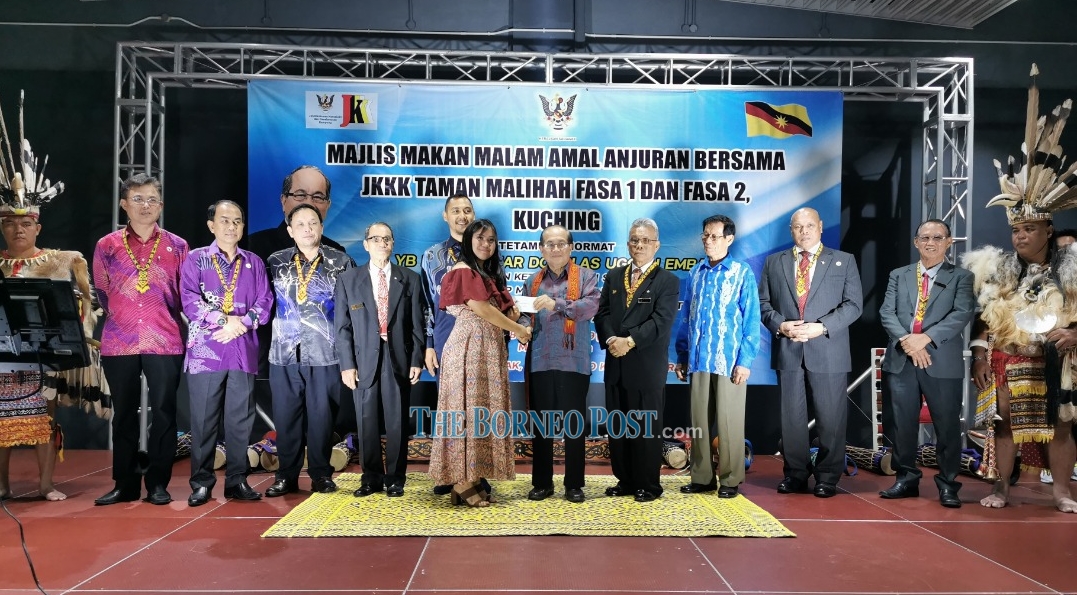 Uggah (fifth right) hands over the incentive to a student, while Tan Kai (left), Fazzruddin (fifth left), Adi (fourth right) and others look on. Photo by Roystein Emmor

“This shows that the GPS government strives to uphold JKKKs in the state,” Uggah said when officiating a fund-raising dinner organised by JKKK Taman Malihah Phase 1 and 2 at Penview Convention Centre (PCC) Demak in Sejingkat here last night.

On Monday, Abang Johari had announced this when tabling the 2020 State Budget, saying that the allocation would meet the JKKK’s operational expenses – which include funds to organise their activities, payment for meeting allowance and monthly allowance to the chairman and secretary of the committee.

He told the DUN that the state government recognised the important role and significant contribution of the committee as a grassroots machinery in helping to ensure the safety and prosperity of the villages in the state.

Meanwhile, Uggah reassured to members of the committee that they do not have to worry about the lack of support to JKKKs in Sarawak.

“Fret not, because with the allocations announced by Abang Johari we are able to handle ourselves. We as your appointed leaders will try our best to provide assistance,” he added.

At the dinner, Uggah commended the JKKKs at Taman Malihah Phase 1 and 2 for their success in organising the fund-raising dinner.

He pointed out that this can serve as an achievement as this had shown that the committees were able to work together in making the event a great success.

Among the dignitaries present at the event were political secretary to the chief minister Tan Kai, Tupong assemblyman Fazzruddin Abdul Rahman and organising chairman Adi Jala.