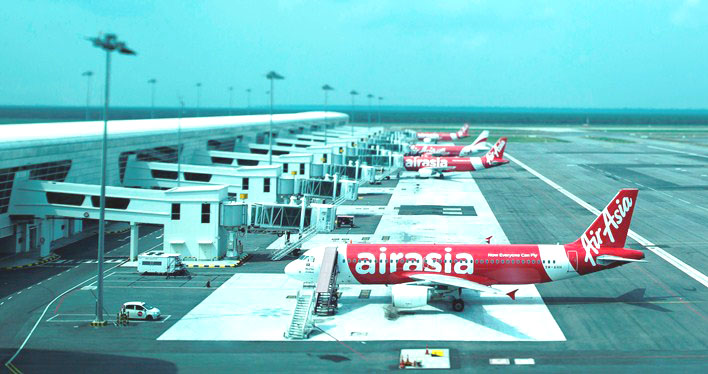 Mavcom’s insistence on pushing through certain punitive elements within its new Regulatory Asset Base (RAB) framework went against the spirit of SPV 2030 to create wealth and increase the purchasing power of all Malaysians.

KUCHING: AirAsia is of the opinion that the Malaysian Aviation Commission (Mavcom) does not share the government’s Shared Prosperity Vision (SPV) 2030 to create a more equitable, high-income nation.

In a statement, AirAsia noted that Mavcom’s insistence on pushing through certain punitive elements within its new Regulatory Asset Base (RAB) framework went against the spirit of SPV 2030 to create wealth and increase the purchasing power of all Malaysians.

AirAsia Group president (Airlines) Bo Lingam said, “Instead of providing more opportunities for all Malaysians and reducing the cost of flying, the RAB championed by Mavcom would, in fact, keep flying out of reach of many, the opposite of what the Government is trying to achieve.

“Mavcom has consistently stressed on the equalisation of passenger service charge (PSC) between KLIA and klia2, by virtue of both terminals forming a single Kuala Lumpur International Airport.

“The one fact that Mavcom, and Malaysia Airports Holdings Bhd (MAHB), have refused to acknowledge and tried to camouflage all along is the vast difference in both appearance and service levels provided at these two terminals.

“The RAB should be a fair framework if done with the right intention and purpose. Unfortunately, we foresee that cross subsidising between profitable and non-profitable airports will continue under the current RAB proposition.”

AirAsia noted that MAHB reportedly plans to spend RM5.2 billion from 2020-2022, a sizeable portion of which will go towards the new baggage handling system and aerotrains at KLIA.

Bo questioned whether it was fair to get LCC passengers who not only are unable to enjoy these expensive facilities at KLIA but forced to put up with inhospitable conditions at klia2 to pay the same PSC rates.

“Besides the fact that MAHB has not been engaging airlines in airport development including for its planned interlining between KLIA and klia2, we are highly skeptical of their capability to efficiently complete this huge amount capex in this short period of time,” he added.

“Firstly, there is an absence of a detailed business case to justify each capex. Second, MAHB’s historical capex spending of just RM200 million to RM300 million per annum does not suggest that they would be able to undertake this size of investment.

“It is Mavcom’s responsibility as a regulator to protect the interest of the flying public by ensuring travellers get what they pay for, but it’s clear from their insistence on including this in the RAB that they are oblivious to the mood of the nation.

“Low-cost carriers have around 60 per cent of the airline market share in Malaysia, yet Mavcom refuses to acknowledge the demand for low-cost travel and insists on unfair charges for travellers.”

He pointed out that AirAsia has always been a strong advocate of equality and inclusivity, which was integral to how AirAsia ran its business.

“We hire a significant number of staff from the B40 segment, providing them with opportunities to pursue their passion. We have had many success stories of Allstars who made their dreams come true, such as Kugan Tangiisuran, who joined us in despatch and is now a pilot,” he said.

“This goes for our guests as well. Our low fares have allowed millions to fly for the first time, and now at least two-thirds of Malaysians from all walks of life have flown, including an estimated 2 million people from B40 households who have benefited from special flat rate extra flights operated during festive periods.

“We continuously advocate for fair and reasonable charges, be it PSC and Mavcom’s regulatory fee, because we believe that some of these charges have unnecessarily and unfairly increased the cost of travelling, stripping away the chances for the general public to fly.”

“It is, therefore, truly disappointing to see that Mavcom does not seem to share our enthusiasm in supporting the Shared Prosperity Vision, and we call on them to work more closely with their partners, including airlines such as AirAsia, to create a fairer Malaysia.”