Monday, February 17
You are at:Home»News»Sarawak plans to open trade, tourism office in Pontianak 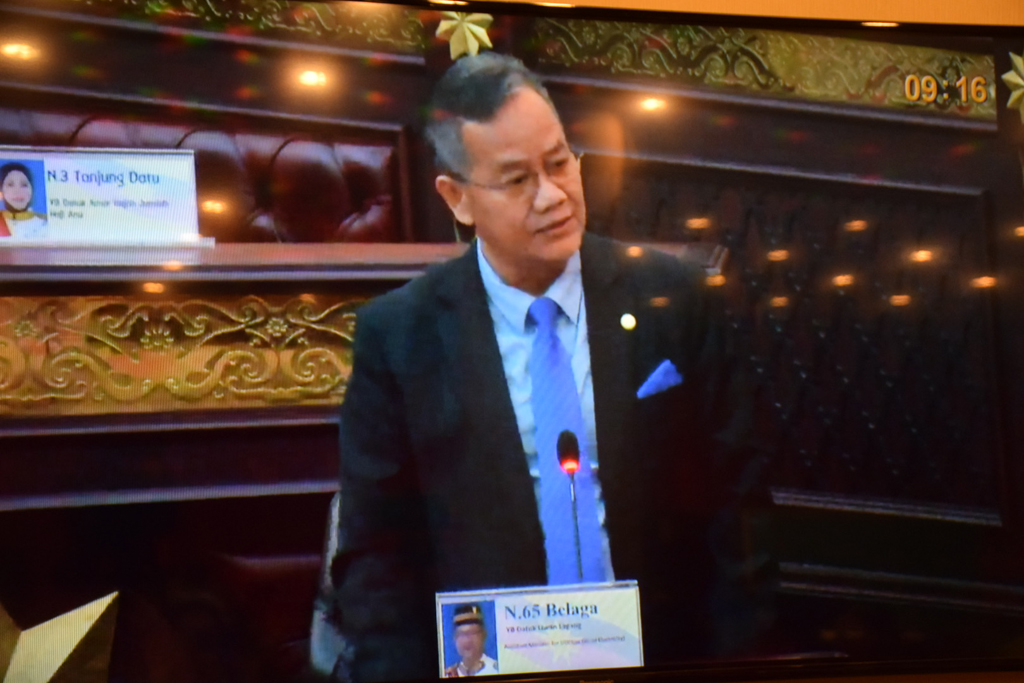 Liwan answers some questions posed during the sitting.

KUCHING: The establishment of a Sarawak Trade and Tourism Office in Pontianak, West Kalimantan is in the pipeline.

According to Assistant Minister of International Trade and Industry, Industrial Terminal and Entrepreneur Development Datuk Malcolm Mussen Lamoh, this is meant to take advantage of the relocation of Indonesia’s capital from Jakarta to Kalimantan.

“By having the new capital city of Indonesia within close proximity to Sarawak, it would open more bilateral collaborations in (terms of) business and economic opportunities for Sarawak, such as joint-border development, trade and investments, healthcare, education, tourism, as well as collaboration of small and medium enterprises (SME) development,” he said this in a reply to Dr Hazland Abang Hipni (GPS-Demak Laut) during the question-answer session at the DUN sitting yesterday.

Indonesian President Joko Widodo had, in August, announced the relocation of the republic’s capital from Jakarta to Kalimantan.

To another question, Malcolm said the Sarawak government would proceed with its plans in Pontianak first, while considering the setting up of another office in the new Indonesian capital.

“We will consider establishing a new Sarawak Trade and Tourism Office in the new capital of Indonesia in due course, but it may take another five to 10 years to translate this intent into a reality,” he said.

Malcolm said through the state industrialisation transformation and adoption of Industry 4.0, the Sarawak government would want to position the state to grab the economic opportunities that could arise from the relocation of the Indonesian capital, by improving connectivity and increasing agricultural production through modernisation.

Existing platforms regarding collaboration with Kalimantan, such as the Brunei Darussalam-Indonesia-Malaysia-Philippines East Asean Growth Area (BIMP-EAGA) and the Malaysia-Indonesia Socio-Economic Cooperation (Sosek Malindo), aimed to facilitate cross-border movement of goods and services, he said.

“In view of the latest development in Kalimantan, our private sector should play a more active role and reposition themselves strategically in the BIMP-EAGA and Sosek-Malindo (regions) as well as the Asean Economic Community,” said Malcolm.

“The construction of a 275kv electricity substation in Limbang is expected to be completed in the first quarter of 2022,” said Liwan in response to a question from Paulus Palu Gumbang (GPS-Batu Danau).

Liwan further said the substation in Limbang would source its electricity via Sarawak’s 275kv transmission line from Bunut substation.