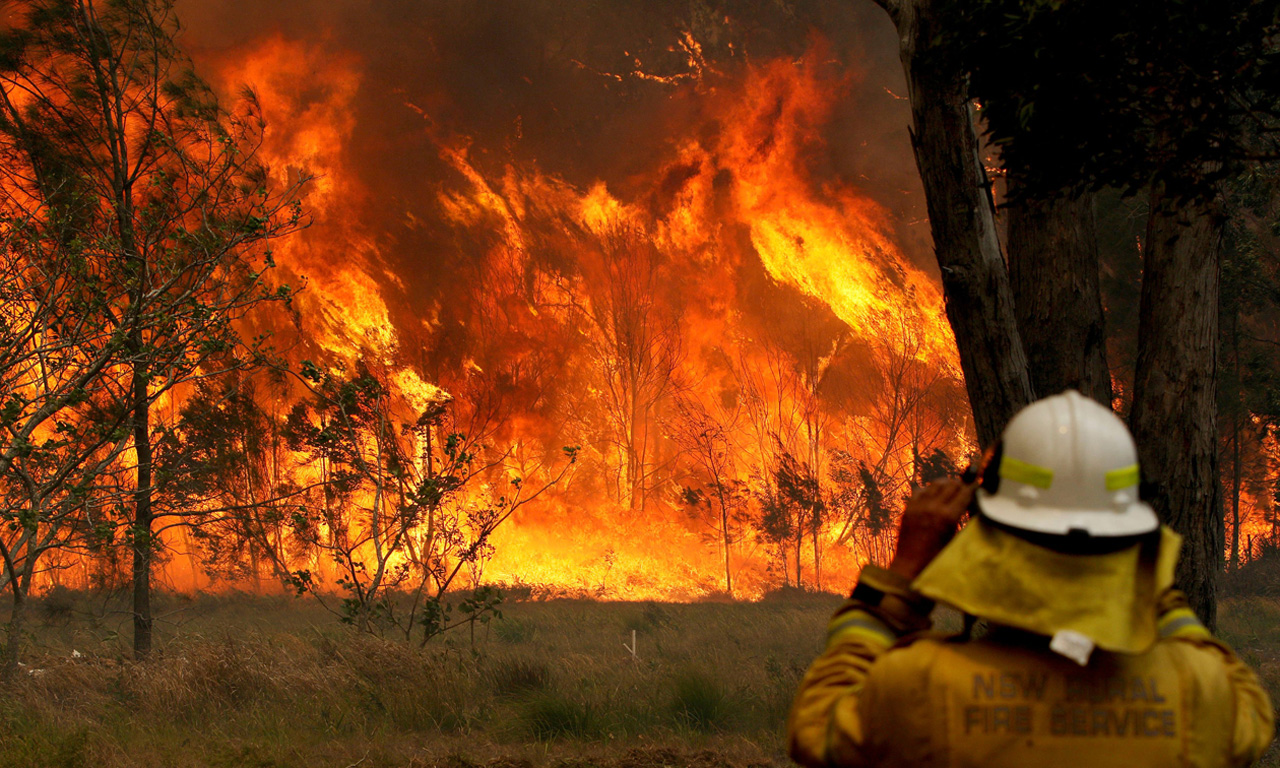 FORSTER, Australia: Catastrophic bushfires in eastern Australia have killed at least three people and forced thousands from their homes, with the death toll expected to rise as firefighters struggle towards hard-to-reach communities.

In the normally picturesque coastal town of Forster — one among dozens hit along the eastern seaboard — vast plumes of smoke shot out from multiple blazes as water bombers swooped in overhead.

Prime Minister Scott Morrison said that, if needed, the military could be called on to help some 1,300 firefighters who are tackling around 100 separate blazes.

Several people are still unaccounted for and 30 more have been injured — mostly firefighters working for hours on end in smoky, smouldering scrubland and blazing forests of towering eucalyptus.

“My only thoughts today are with those who have lost their lives and their families,” Morrison said, as hundreds of civilians also volunteered to help their hard-hit neighbours.

A body was found in a burnt-out building near the east-coast town of Taree, police said, while another victim was found in a car and a woman died despite medics trying for several hours to save her.

As hot and windy weather eased slightly yesterday, the number of most serious fires fell to just a handful from an unprecedented 17 on Friday.

But within an area spanning almost 1,000 kilometres, schools were burned and at least 150 homes were destroyed, while authorities were forced to evacuate detention centres and old people’s homes. 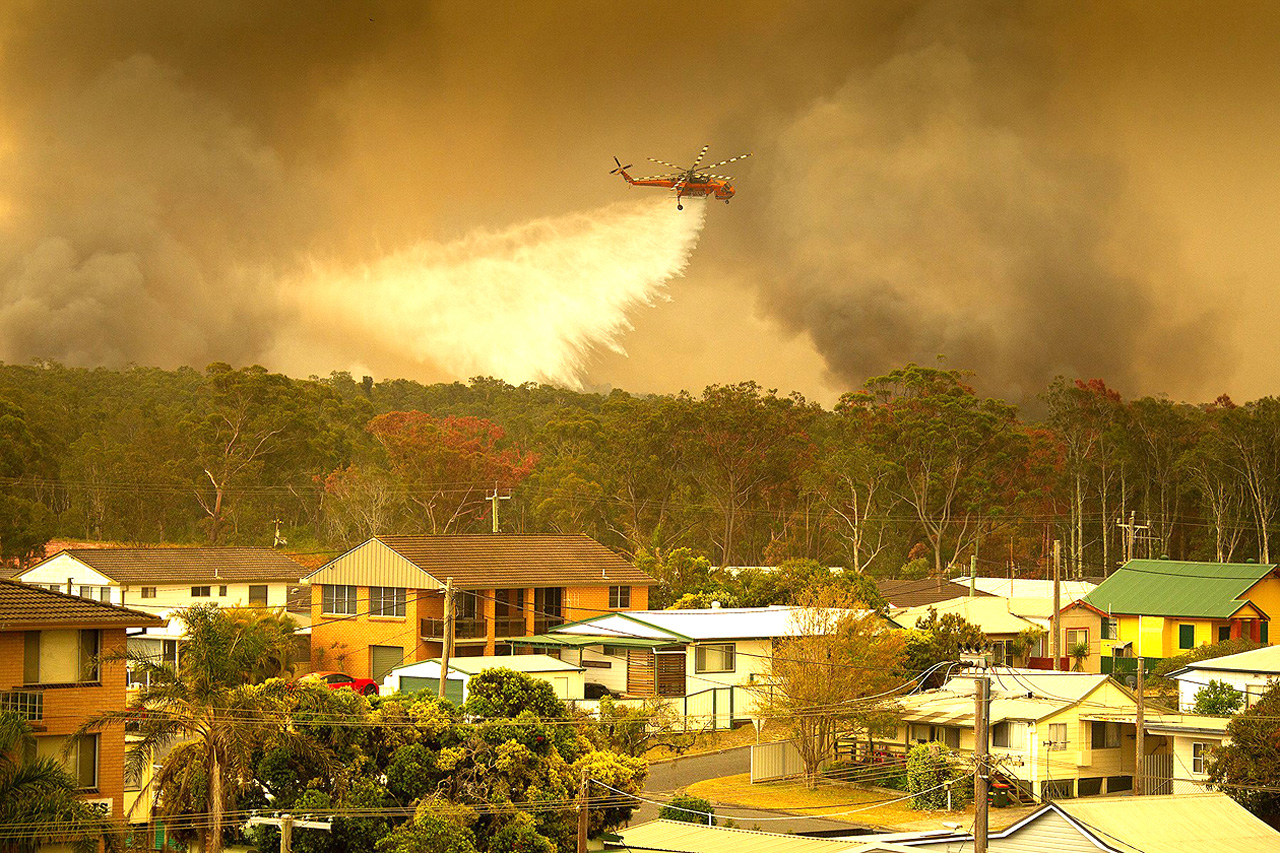 It was a narrow escape for Don Russell, with the fire coming within metres of his home in Taree.

“They’ve done a top job them fellas,” Russell told AFP after a crew of six firefighters brought the blaze under control.

His next-door neighbours were not so lucky, however — their home went up in flames Saturday afternoon. No one was home.

“It used to be God’s country, but it ain’t any more,” said another neighbour, 72-year-old Dave Scott.

New South Wales’s rural fire service said an emergency warning was in place for four fires among the dozens raging across the state.

Bushfires are common in Australia and a vast corps of firefighters had already been tackling sporadic blazes for months in the lead-up to the southern hemisphere summer.

But this was a dramatic start to what scientists predict will be a tough fire season — with climate change and weather cycles contributing to the dangerous combination of strong winds, high temperatures and dry conditions.

“We’re experiencing tinderbox-like conditions across much of the state and all it takes is one spark to start a fire that may burn for days,” said Queensland’s acting fire commissioner Mike Wassing.

Queensland declared a ‘fire emergency’ yesterday and banned the lighting of all outdoor fires.

Meanwhile New South Wales premier Gladys Berejiklian warned that next week’s weather forecast ‘could mean we’re not through the worst of it’.

Morrison, whose government has played down the threat of climate change, sought to deflect questions about what impact it may have had.