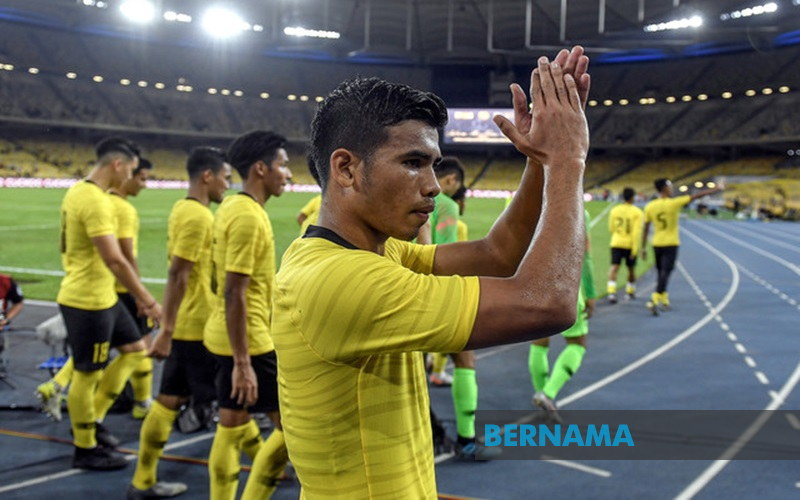 The win against Tajikistan who are ranked 116th in world gave Malaysia the much-needed boost before hosting Thailand and Indonesia at the National Stadium in Bukit Jalil on Nov 14 and Nov 19, respectively. Bernama Photo

Johor Darul Ta’zim (JDT) forward, Muhammad Safawi Rasid who came in in the 62nd minute, made a solo run to ram in the winning goal in the 72nd minute as Tajikistan stumbled after having their goalkeeper Rustam Yatimov sent off in the 46th minute.

Malaysia have had a difficult journey so far in the 2022 World Cup/2023 Asian Cup Joint Qualifiers campaign after losing two of their three Group G matches to United Arab Emirates (UAE) on home ground and to Vietnam in Hanoi, last month.

The win against Tajikistan who are ranked 116th in world gave Malaysia the much-needed boost before hosting Thailand and Indonesia at the National Stadium in Bukit Jalil on Nov 14 and Nov 19, respectively.

In tonight’s match, Cheng Hoe who made five changes from the line-up against Vietnam, appeared to have improved the squad’s attacking flow and defence as Malaysia controlled the game well and managed to create several close calls despite a goalless draw at the break.

Tajikistan under Usmon Toshev were down to 10 men after Yatimov used his hands to clear the ball away, leaving referee Razlan Jofri Ali with no choice but to send him off.

Muhammad Safawi had an early chance to put Malaysia ahead after coming in as a substitute but his beautiful free kick hit the woodwork in the 63rd minute.

Earlier, Tajikistan forward Fathulloev Fathullo had a couple chances to break the deadlock but his shot in the 18th minute was saved by Mohd Khairulazhan Mohd Khalid before another shot just outside the penalty box in the 30th minute went wide.

Both sides had several more chances in the closing minutes but the match ended with a 1-0 win for Malaysia. – Bernama