Friday, February 28
You are at:Home»World»Thousands gather ahead of rare Japan imperial parade 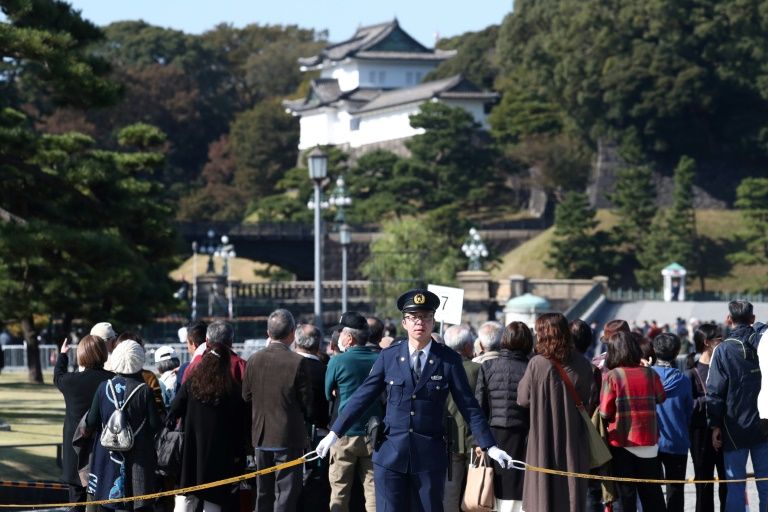 TOKYO: Thousands of people gathered in Tokyo on Sunday ahead of a rare open-top car parade featuring newly enthroned Emperor Naruhito and Empress Masako, with heavy security in place for the event.

The motorcade scheduled for later in the afternoon is one of the final public events associated with Naruhito’s assumption of the throne following his father Akihito’s abdication earlier this year.

The royal couple will be driven around 4.6 kilometres (2.9 miles) through central Tokyo, with tens of thousands expected to line the route.

The couple’s first parade since their marriage in 1993 was originally scheduled for October 22 as part of a series of events marking the official proclamation of Emperor Naruhito’s enthronement.

But the government rescheduled the parade after nearly 80 people were killed in Typhoon Hagibis, which slammed into Japan in mid October, causing widespread damage.

Hours before the scheduled 3 pm (0600 GMT) start of the parade, long queues formed at dozens of security checkpoints, with eager spectators waiting to secure seats to watch the motorcade, which will feature some 50 vehicles in total.

“This will be my last chance to see an imperial parade,” added Yukari Oshita, also in her 60s, as she waited near the Imperial Palace.

“The Emperor is a few years younger than me but belongs to the same generation,” she said.

“And Empress Masako is someone who can be a role model for modern women with full-time jobs,” she said.

Born into a diplomatic family and educated at Harvard, Masako left behind a promising diplomatic career to marry into the royal family.

She has struggled to adjust to cloistered royal life, suffering an adjustment disorder that led to a scaling back of her public appearances.

But she has appeared confident during the events marking Naruhito’s enthronement.

She won plaudits for her assured performance when US President Donald Trump became the first foreign leader to meet the new emperor, winning praise in particular for her ability to converse in fluent English.

The parade comes a day after a national festival to celebrate the enthronement with dancers and pop stars offering performances. – AFP