Wednesday, June 23
You are at:Home»News»Nation»Unity agenda still vague after 62 years 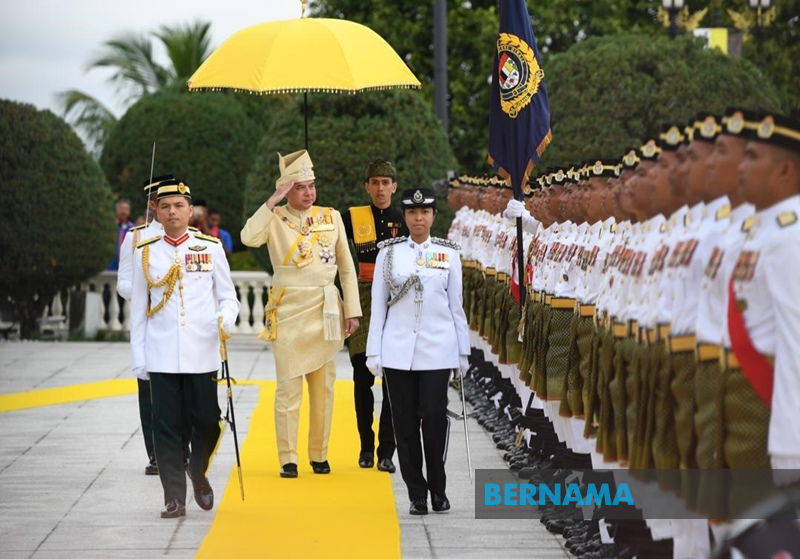 Sultan Nazrin said the process of building independent citizens who are united and possessing a national identity cannot be delayed because it is the assurance to the continuity of national sovereignty. Bernama Photo

KUALA KANGSAR: The level of attainment of the agenda to form a firmly united people to an independent and sovereign nation is still vague despite 62 years of liberty, said the Sultan of Perak Sultan Nazrin Shah.

Renowned as a ruler, who is a vocal and firm in reprimanding anything inapropriate, Sultan Nazrin said the process of building independent citizens who are united and possessing a national identity cannot be delayed because it is the assurance to the continuity of national sovereignty.

He said the country is blessed with numerous successes since independence, among them peace and prosperity, right to pick the government is guaranteed, infrastructural development is rapidly taking place, economic opportunity is wide open and the people are free to own properties.

‘’Natural disasters which cripple the economy do not occur, food supply is adequate, educational programmes and numerous social services are provided, religious freedom is guaranteed, freedom of expression is still assured, the media continue to be published, national security and the safety of the people are protected by the police and military.

‘’In the gratitude to god by listing successes, one case, where the level of achievement is still vague and, if not tackled quickly, is likely to sink into darkness, is the agenda to form a people who are firmly united to an independent and sovereign state,’’ he said at an award presentation ceremony in conjunction with his 63rd birthday at Istana Iskandariah here today. Also present was the Raja Permaisuri of Perak Tuanku Zara Salim.

At the ceremony today, Sultan Nazrin awarded the Darjah Kebesaran Negeri Perak to 19 recipients, while the second session involving 234 recipients is scheduled on Nov 16, also at Istana Iskandariah.

In addition, Sultan Nazrin said slogans and rhetorics in the name of race and religion with extreme pitches and increasingly echoing need to be stopped quickly because are akin to embers which will inflame the conflagration of hostility and subsequently bring destruction to the nation.

‘’Currently, the nation needs a progressive paradigm which will enable the people to feel at ease and comfortable, not harbouring prejudices and suspicions, on the other hand having an open mind and appreciating the diversity conferred to this soil,’’ he said.

In a speech which was replete with constructive advice, Sultan Nazrin counselled that every country at every time faces numerous challenges and threats, be it economic, political, social other than threats from outside which can threaten stability and order.

‘’The closest challenges and threats which are very critical and can quickly pulverise the country is the explosion of the lava of anger between the people due to communal dissensions and religious discords,’’ said Sultan Nazrin.

In this regard, Sultan Nazrin said the nation urgently needs a diplomat to establish a brotherhood which is long-sighted, mature, patient, calm and rational so that high temperatures could be reduced and the nation is steered clear of disaster due to racial and religious disputes.

Based on the current development, Sultan Nazrin urged all quarters to recall the warnings of former Minister of Home Affairs Tun Dr Ismail Abdul Rahman in 1960 who said the challenge of communalism which can divide the people cannot be combated using arms or isolated because it grows inside every citizen.

‘’It is imperative that Tun Dr Ismail’s warning be remembered in the pervading mood where the minds of the different communities and religions which are seen as more prone to seek differences rather than similarities, more likely to draw a border of separation instead of finding a meeting point,’’ said Sultan Nazrin. – Bernama