Friday, September 18
You are at:Home»News»Youth killed after motorcycle collides head-on with bus 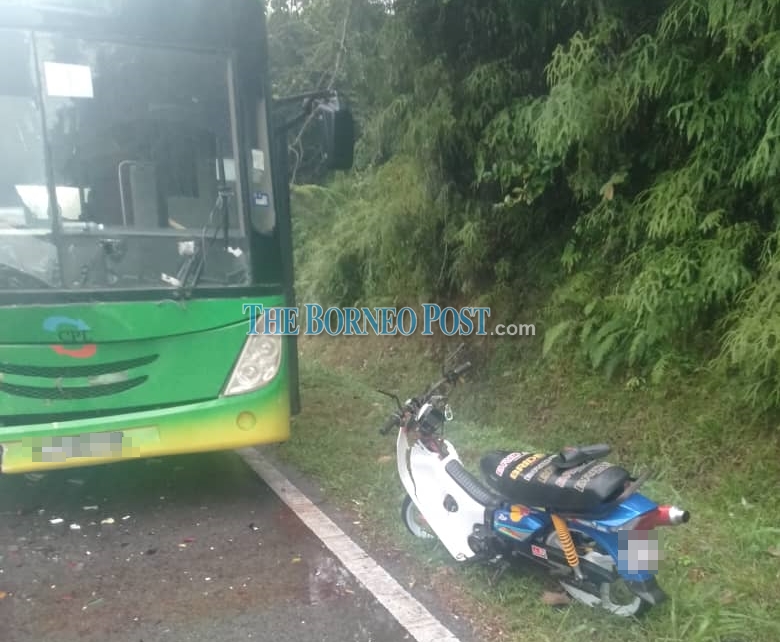 The damaged motorcycle and the bus at the scene of the accident yesterday.

KUCHING: A male motorcyclist succumbed to his injuries at Serian Hospital after he was involved in an accident at KM2 Jalan Baki – Riih Serian at around 5pm yesterday (Nov 9).

The deceased is believed to have lost control of his motorcycle and collided with a bus that was heading to Kuching.

The deceased suffered a broken right leg and severe head injuries due to the collision.

“The road condition was wet as it was raining prior to the accident,” said Sarawak Traffic Investigation and Enforcement Department chief Supt Alexson Naga Chabu in a statement today.

He added that the deceased has been identified as Thembsone Anthony, 27, from Kampung Riih Daso, Serian.

The 47-year-old bus driver from Betong did not suffer any injuries.

“This case will be investigated under Section 41 of the Road Transport Act 1987,” he added.

Police are currently conducting their investigations by visiting the scene of the accident and recording statements from witnesses.