Tuesday, July 14
You are at:Home»World»Aussie firefighters brace for worse conditions 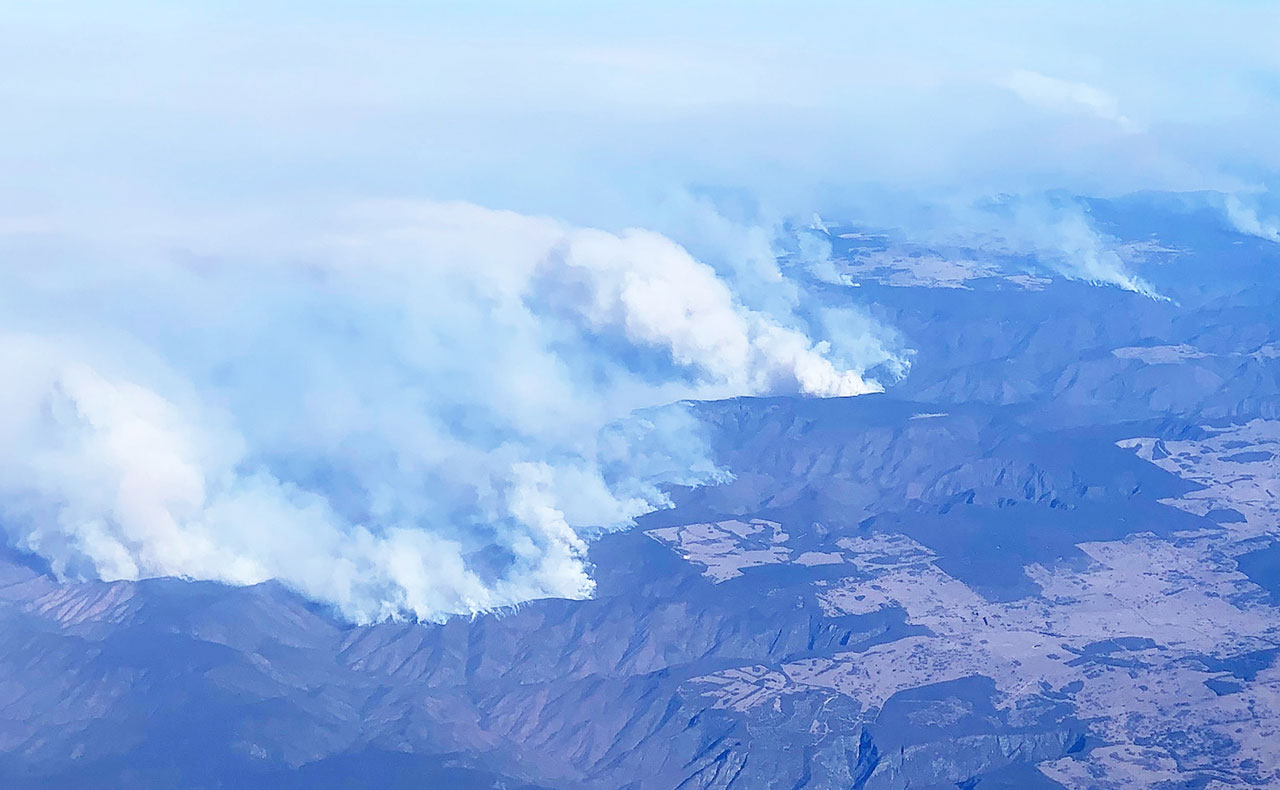 Image of bushfires taken from a plane over north eastern New South Wales.

MELBOURNE: Australian firefighters will spend Sunday trying to contain bushfires as authorities warn that widespread fire danger on Tuesday will stretch their ability to protect people.

The New South Wales Rural Fire Service (NSW RFS) said on Sunday that they were expecting severe and extreme fire danger across broad parts of Australia’s most populous state, including near the nation’s largest city, Sydney.

“With so many fires already burning, homes and lives will be at risk,” the NSW RFS said on Twitter.

“If you are threatened by fire, you may not get help.”

Bushfires in NSW have killed three people since Friday, when a record number of emergency-level fires were declared in the state.

At least 150 homes have been destroyed and, although five people were missing on Saturday afternoon, Sky News reported on Sunday morning that those people were now accounted for.

More than 70 fires were burning in NSW on Sunday morning and while none were at an emergency level, 36 were not under control.

Further north in Queensland, more than 50 fires were burning Sunday morning and a fire ban was declared across 42 local areas in the state, prohibiting the lighting of any outdoor fires and banning certain activities that can cause fires to ignite.

“We’re experiencing tinder box-like conditions across much of the state and all it takes is one spark to start a fire that may burn for days,” Queensland Fire and Emergency Services acting commissioner Mike Wassing said in a statement.

According to the Australian Broadcasting Corporation, almost 5,000 homes have been evacuated in Queensland over the last 48 hours, with many residents unable to return. — Reuters