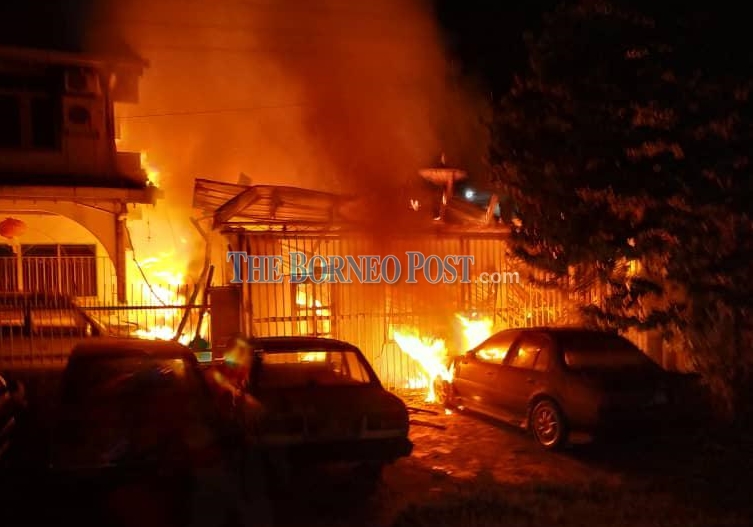 The fire engulfed the house, killing two in the process.

One of the victims was identified as Law Yew Hing, 52, while the identity of the other victim is still unknown.

A distress call was received at 2.01am today with Bomba Sibu responding and assisted by Bomba Sungai Merah, involving 22 firemen and two senior officers, he said.

“Arriving at the scene, firemen found the house on fire. They also received information from members of the public that there were people trapped inside the house.

“Firemen then entered the house to search for the victims, while another team began to put out the fire.

“After the flames were brought under control, two victims were found in the toilet and efforts were made to remove them.

“Both victims were confirmed dead by the medical personnel from Sibu Hospital, and handed over to the police for further action,” he said.

Wan Kamarudin said overhaul works were carried out after the situation was brought under control and found to be safe.

The cause of fire and losses are still under investigation.

Other agencies involved in the operation were the police, Sibu Hospital and Sesco.