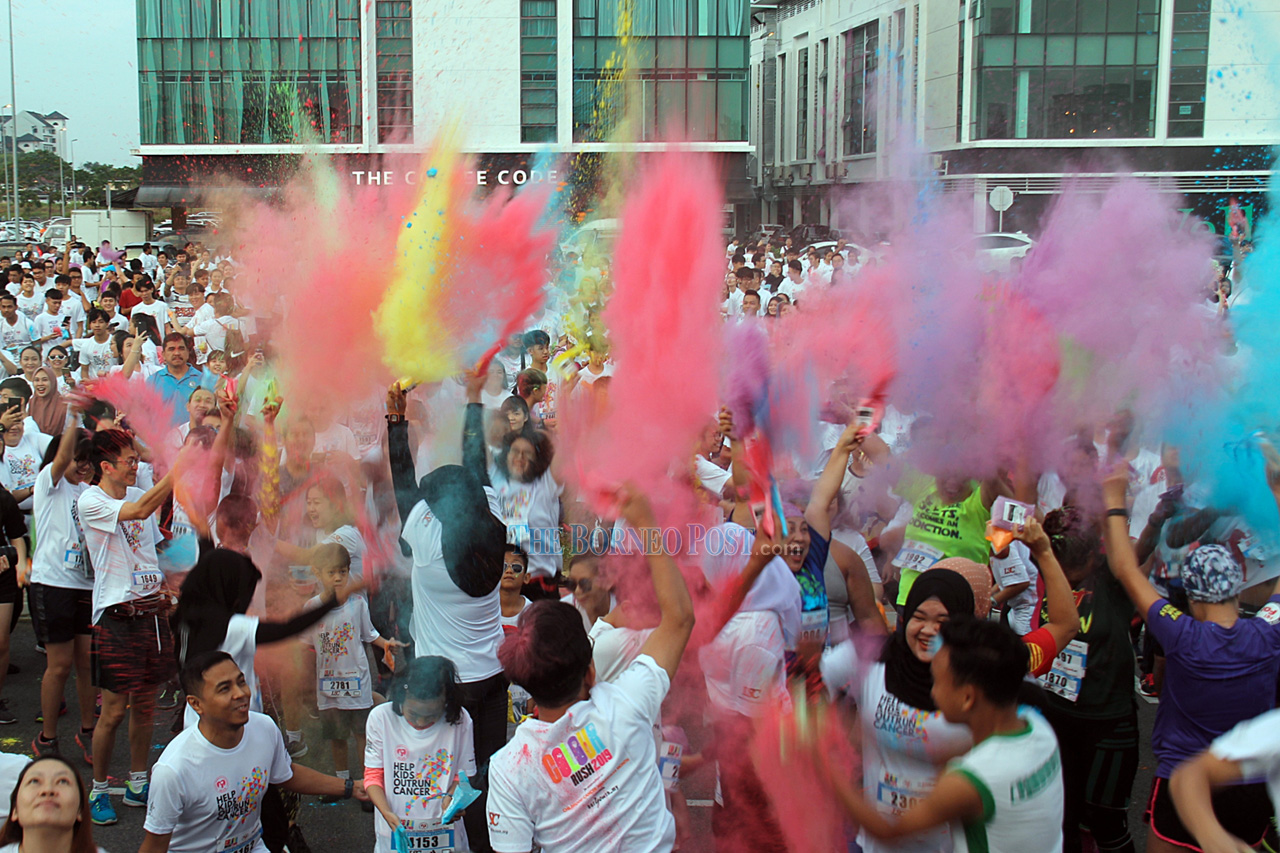 Participants throw coloured powder into the air prior to the flag-off of the Colour Rush 2019 Children’s Cancer Awareness Run at Saradise. 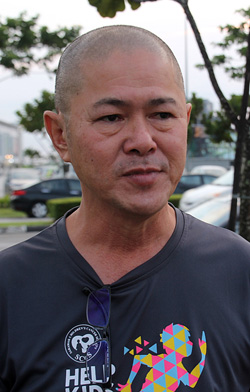 KUCHING: The Sarawak Children’s Cancer Society (SCCS) has helped 1,350 families caring for children who are suffering from cancer, since its inception in 2001.

Last year alone, the society rendered assistance to 66 cancer-stricken children, aged 18 and below, in Sarawak.

According to SCCS treasurer Gary Ho, the society spends about RM1.5 million every year not only to help and subsidise treatments for these children, but also to raise public awareness of children’s cancer.

Moreover, he says SCCS also contributes to the research, prevention, diagnosis, as well as treatment-cure initiatives for those affected by cancer, aged 18 and below.

“We are organising this kind of event not mainly to raise funds, but also to create awareness of children’s cancer, mainly among the youths,” Ho told reporters after flagging off the Colour Rush 2019 Children’s Cancer Awareness Run at Saradise here yesterday.

He said SCCS had been very fortunate to have received many support as it had been able to raise around RM2 million every year.

He said while RM1.5 million was budgeted every year for the awareness programmes, treatment subsidies and the funding for research and cure programmes, the balance would never go to waste as at times, the SCCS would receive emergency requests from the families of young cancer sufferers.

“Last month, we helped a child cancer patient in Sibu, subsidising his treatment that cost about RM150,000.”

Ho expected more of such emergency cases would come up in the future, and hoped SCCS would be able to accumulate more funds to help these cases.

In this respect, he said the society had organised and run various social events such as the Colour Rush Run, with the main goal of getting more youths to be involved in charity work, and be aware of children’s cancer.

“Our aim for this kind of event is to get more youths to be involved in children’s cancer awareness, so that when they become successful in the future, they can be even more involved and contribute to our fundraising events,” Ho added.

According to him, Go Bald remains SCCS’ flagship fundraising event and every year, it would be held in the main cities and towns across Sarawak.

In a related subject, Ho said not many Sarawakians were aware of cancer among children, because many of them perceived cancer as ‘an old people’s disease’. 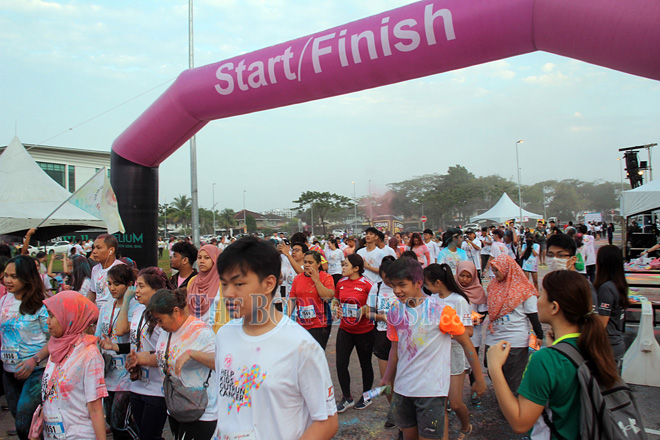 Participants begin their casual 5km run at the starting line in Saradise.

“(The number of cases of) children’s cancer isn’t very high in Sarawak if you compare them to our population of three million; against the percentage of getting cancer. Out of that, a little over one million are children aged 18 and below.

“And only about 70 cases (of cancer) among the children are reported each year,” he said.

In a media statement released in connection with Colour Rush 2019, it is said that approximately 300,000 children and adolescents worldwide, aged 19 and below, are diagnosed with cancer every year, and 80,000 did not survive.

In Sarawak, about 70 children are diagnosed with cancer each year.

This year to date, a total of 57 cases of cancer among children, aged 18 and below, has been reported at SGH.

“We will continue to organise this kind of event. Events like this, we have a special purpose – it’s not like other runs. This is specially targeted at the youths, in order to inculcate in them this mindset of charity work from young,” he said.

For more information about SCCS or the Colour Rush Run, go to www.sccs.org.my, facebook.com/colourrushrun, www.colourrushrun.com, or call SCCS via 082-686 276.