Wednesday, June 23
You are at:Home»News»Public transport committee to be formed to tackle Sarawak’s traffic woes 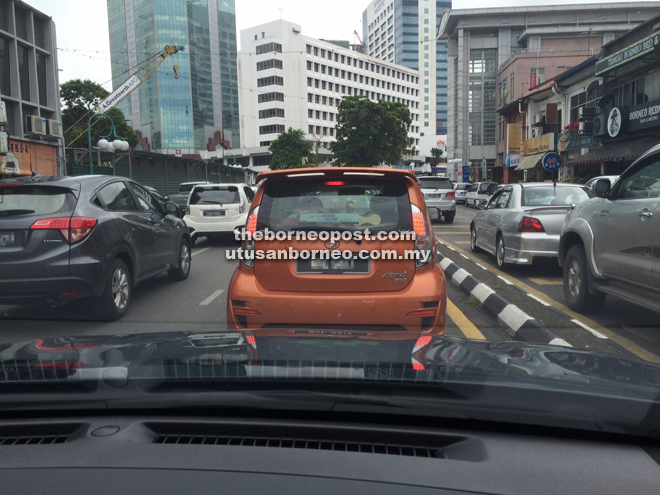 KUCHING: A Public Transport Committee will be set up before the end of this year to gather feedback at both the divisional and state levels to address traffic congestion in Sarawak, said Transport Minister Datuk Lee Kim Shin.

He told a press conference after delivering his winding up speech in the State Legislative Assembly today that the committee would comprise all stakeholders in the industry.

“The problem faced by Kuching may not be the same as that faced by Kapit. They may have different problems and we have to get the feedback at all grassroots levels for us to plan in detail.

“This is for the planning of an integrated transport system in Sarawak,” he said.

With better income, he believed that more people especially in the city could afford to own private vehicles.

“Kuching’s population and vehicle registration have been growing at three per cent and eight per cent, respectively per annum.

“This has resulted in the increase of traffic congestion in the city with some junctions experiencing longer waiting time,” he said.

Lee disclosed that he would be meeting the Federal Minister of Transport in Kuala Lumpur next Monday (Nov 18) to discuss transport-related issues in Sarawak.

He said the 2020 Federal Budget had set aside RM450 million for the purchase of 500 buses of various sizes but the Budget did not mention how much Sarawak is getting.

With him at the press conference was Assistant Minister of Transport Datuk Dr Jerip Susil, who said there must be immediate, short-term and long-term plans to solve traffic congestion.

He said the immediate plans would be installing intelligent traffic lights and placement of traffic police at certain spots to ease the congestion on the road.

In the short-term plan, he said selected junctions had to be improved, adding that a number of flyovers (along Jalan Penrissen) will be completed in the next two to three years.

“Of course for the long-term plan would be the (construction of) ART (Autonomous Rapid Transit). Any other plans would of course depends on the population of Kuching,” added Dr Jerip.