Tuesday, May 11
You are at:Home»News»Claims that lands gazetted under Section 6 are confiscation of NCR lands untrue – Awang Tengah 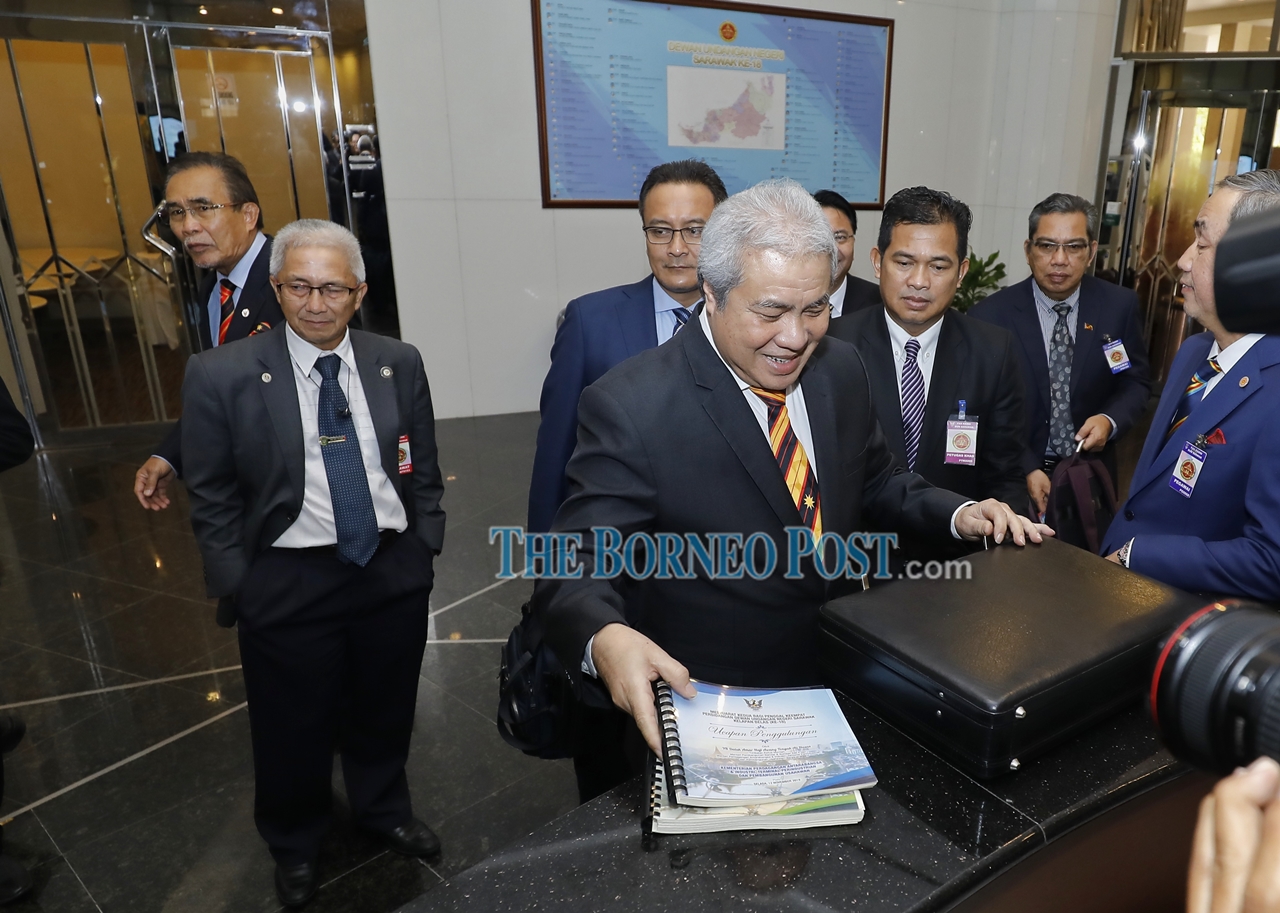 Awang Tengah taking out his winding up speech during his arrival at the State Legislative Assembly building today.

He explained that the gazettement under this Section 6 as a Bumiputera Communal Reserve is to identify and confirm the boundaries of the NCR lands are valid and registered in the land register.

“Therefore, there is no doubt about the boundaries between communities as these boundaries have been measured, marked and plotted in the cadastral plan.

“This information can be accessed and referred to at any Land and Survey Department offices or online via eMap and Land and Survey Information System (Lasis) mobile app,” he said in his ministerial winding-up speech at the State Legislative Assembly (DUN) Sitting today.

He told the august House that the clear boundaries will facilitate the measurement of individual lots for the issuance of land titles under Section 18 of the State Land Code.

“The development of land in clusters under the Native Customary Land (NCL) Development or land development by the Sarawak Land Consolidation and Rehabilitation Authority (Salcra) can also be intensified in a more organised way.”

In view of this, the Deputy Chief Minister stressed that if there are any NCR landowners who believe the claims, they can surrender the State Land Code Section 6 gazette to the government.

“However, until today, not one gazette has been surrendered. This proves that the people welcomes the perimeter survey and that the allegation made previously is a huge lie.

“In fact, the number of applications for perimeter surveys and individual surveys after the area has been gazetted under Section 6 had increased,” he revealed.

Prior to the survey, he pointed out that dialogue sessions would be held with the relevant NCR land claimants to provide information and obtain feedback before the actual fieldwork is carried out.

“The survey is carried out only with the consent and support of the relevant land claimants,” he said, adding that the perimeter survey works are carried out based on the application and demand from the land claimants themselves.

“If they do not want their land to be surveyed, then the perimeter survey would not be carried out.”

He said the same applies for cases which are still in dispute and under court case.

“Perimeter survey will not be carried out unless the cases is resolved or retracted by the parties involved.”

He, however, noted that applications to participate in the New Initiative NCR Land Survey Programme must be submitted to the Land and Survey Department.