Monday, September 28
You are at:Home»News»‘Tensions between federal, state govts increasingly upsetting the people’ 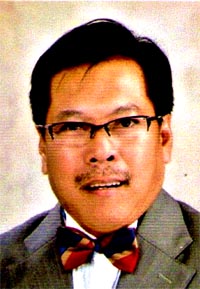 Saying the dispute also indirectly affects the lives of thousands of community leaders in his area, he hopes that both governments would put political differences aside in order to bring more development to Kapit.

“Both governments continue to make hard decisions despite failing to open their eyes to the difficulties faced by rural people. If they really want to take care of the people, especially the people in the interior who are mostly smallholders, they should solve things through negotiation,” he pointed out during a meeting with the people at Rumah Mamut, Sungai Sut here recently.

He said a lot more could be done for the provision of infrastructure in Kapit if the federal and state governments could see eye-to-eye.

He pushed aside the assumption that certain state constituencies belong to certain political parties as a false and absurd statement, pointing out a political party has no rights over an area and only acts as a symbol of a particular group and they have no right to prevent any political party from being established in any region.

“The right is in the hands of the people themselves and they have the right to choose and determine who their leader is.

“Therefore, any political party must deal with the electoral process of the people. Any political party is entitled to just five years of rule and the people have the right to seek new leaders in the event that a leader fails to fulfil their responsibilities,” he said.

Nyuak said he was impressed with the people in Kapit for giving him the confidence and hope that he would lead them through PSB.

“With the strong support and solidarity of the people who choose to change, PSB will definitely be a name in the new government’s
administration after the next state election.

“The conflict between the central government of Pakatan Harapan (PH) and the Gabungan Parti Sarawak (GPS)-led Sarawak government does
not end as long as the leaders of the two blocs are still using the law to suppress one another,” he said.

Thus he hoped the people especially in the interior could see the true picture if they chose the wrong leader.

Nyuak also hoped that the people of Kapit would understand why PSB had taken the step to remain independent as the party intends to diplomatically prioritise the interests of the people.