Monday, September 28
You are at:Home»News»Lee: Review new road tax renewal system to make it convenient for motorcyclists in the state 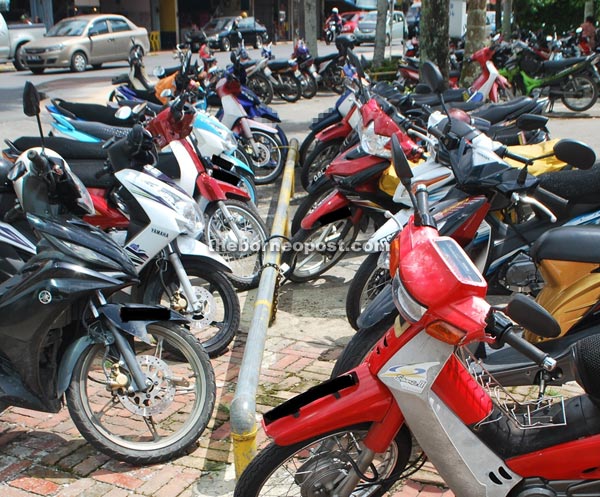 The new system of paying road tax will affect motorcycle owners in the state the most, as they will need to produce their physical motorcycle to authorities before their road tax can be renewed. File Photo

KUCHING: Minister of Transport Datuk Lee Kim Shin has called on the Road Transport Department (JPJ) to review the new system of paying road tax to suit motorists in Sarawak.

Lee said the new system, which took effect from Oct 25, would involve physically producing one’s motorcycle to the department to have the data recorded before paying the road tax.

Lee added that doing so was not easy, particularly for motorcycle owners in the state due to its demography.

He pointed out that the situation in the state was different from Peninsular Malaysia, as thousands of motorcycles are found in remote villages and longhouses and the data was not in the department’s system.

“The new system (of paying road tax) has a teething problem, particularly for motorcycles owners in Sarawak, so it will be good if the new system can be reviewed,” Lee told a press conference at his office at Level 4 of the State Legislative Assembly (DUN) complex today.

He suggested that the department, in the meantime, use the previous procedure of producing the document for paying road tax instead of producing the motorcycle until the problem is resolved under the new system.

Lee said he will be meeting with his federal counterpart Anthony Loke this coming Monday to discuss the issue, while also encouraging the officers from the headquarters in Kuala Lumpur to come to Sarawak to see for themselves the situation in the state.

He hoped that problem affecting vehicles in the state under the new system can be resolved within this month.