Monday, October 26
You are at:Home»News»Pan Borneo Highway: 300 S’wakians could be jobless next February due to PDP’s termination 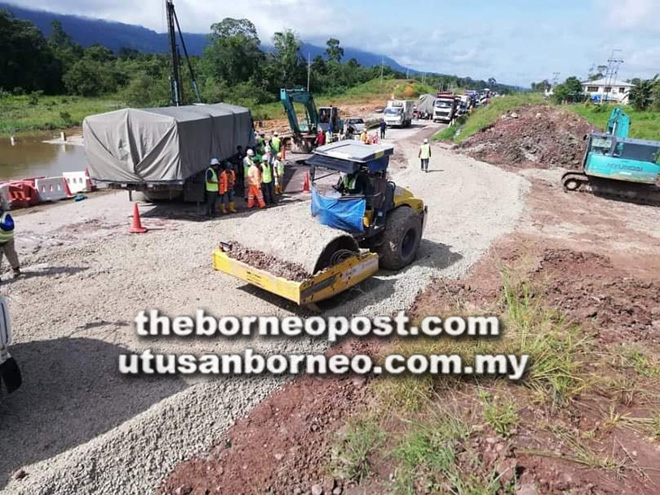 KUCHING: Some 355 Sarawakians could lose their jobs as a result of the federal government’s decision to terminate Lebuhraya Borneo Utara Sdn Bhd (LBU) as Project Delivery Partner (PDP) in the construction of the Pan Borneo Highway, the State Legislative Assembly was told today.

Highlighting this in his ministerial winding up speech, Infrastructure and Ports Development Minister Tan Sri Datuk Amar Dr James Jemut Masing expressed his hope that the affected Sarawakians would be able to find new jobs quickly.

“Sadly, the termination of the PDP Agreement on Feb 19 next year may impact 507 employees, out of which 355, or 70 per cent, are Sarawakians, which is very unfortunate.

“Nevertheless, equipped with the skills, knowledge and experience that they have acquired over the years while managing the construction of the Pan Borneo Highway, it is hoped that the laid off employees will be able to secure jobs elsewhere within a short period of time,” he said.

Masing said potential jobs could include working with the new project management consultant , which would be appointed by the Federal Works Ministry.

He said as part of the Federal government’s decision, the role of PDP would be assigned to the Public Works Department, acting on behalf of the Works Ministry.

“My ministry will monitor and continue to provide support on behalf of the state government,” Masing stated.

According to Masing, LBU has accomplished numerous achievements including being an industry leader in the digitalisation of highway construction as well as using Building Information Modelling (BIM) to design, plan and monitor the construction of the Pan Borneo Highway.