Thursday, October 1
You are at:Home»News»Crime»Restaurant in Selangau raided for selling illegal exotic meats 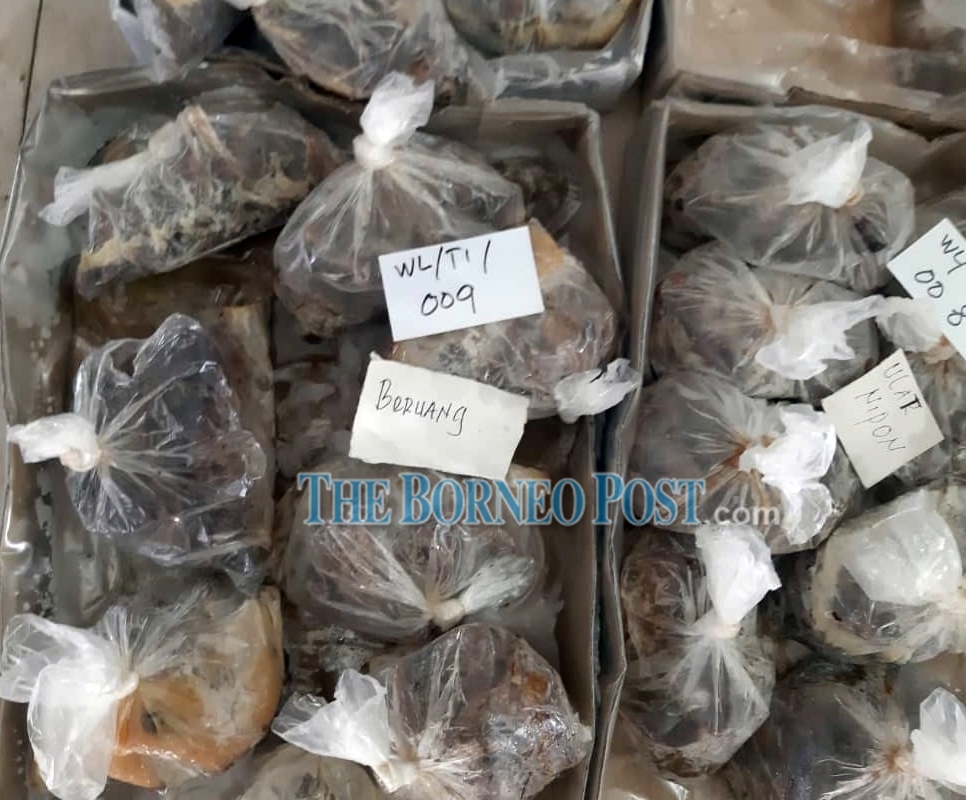 Among the exotic meats seized during the raid.

In a statement today, SFC said acting on information received from the public, an enforcement team from its Sibu Regional Office conducted the raid.

“The team discovered exotic meats including protected species such as pangolin, soft-shelled turtle, python, sun bear, monitor lizard and bat; other wild animals such as frog and wild boar,” said the statement.

Meanwhile, SFC chief executive officer Zolkipli Mohamad Aton said the owner and the cook of the restaurant were quizzed for details for further investigation by our enforcement officers.

“They would be charged with illegal possession of protected animals covered by the Wild Life Protection Ordinance, 1998. If found guilty, they could face a fine of up to RM 10,000.00 and one year jail,” he said in the same statement.

He urged the public to not consume exotic meats as the saying goes, ‘when there is no demand, there is no supply.’

Previous Article‘Sarawak first’ rural transformation initiatives to be intensified, says Masing
Next Article Pan Borneo Highway: 300 S’wakians could be jobless next February due to PDP’s termination