Sunday, September 25
You are at:Home»News»Sarawak»4th edition of Sibu Tower Run to be different – Coordinator 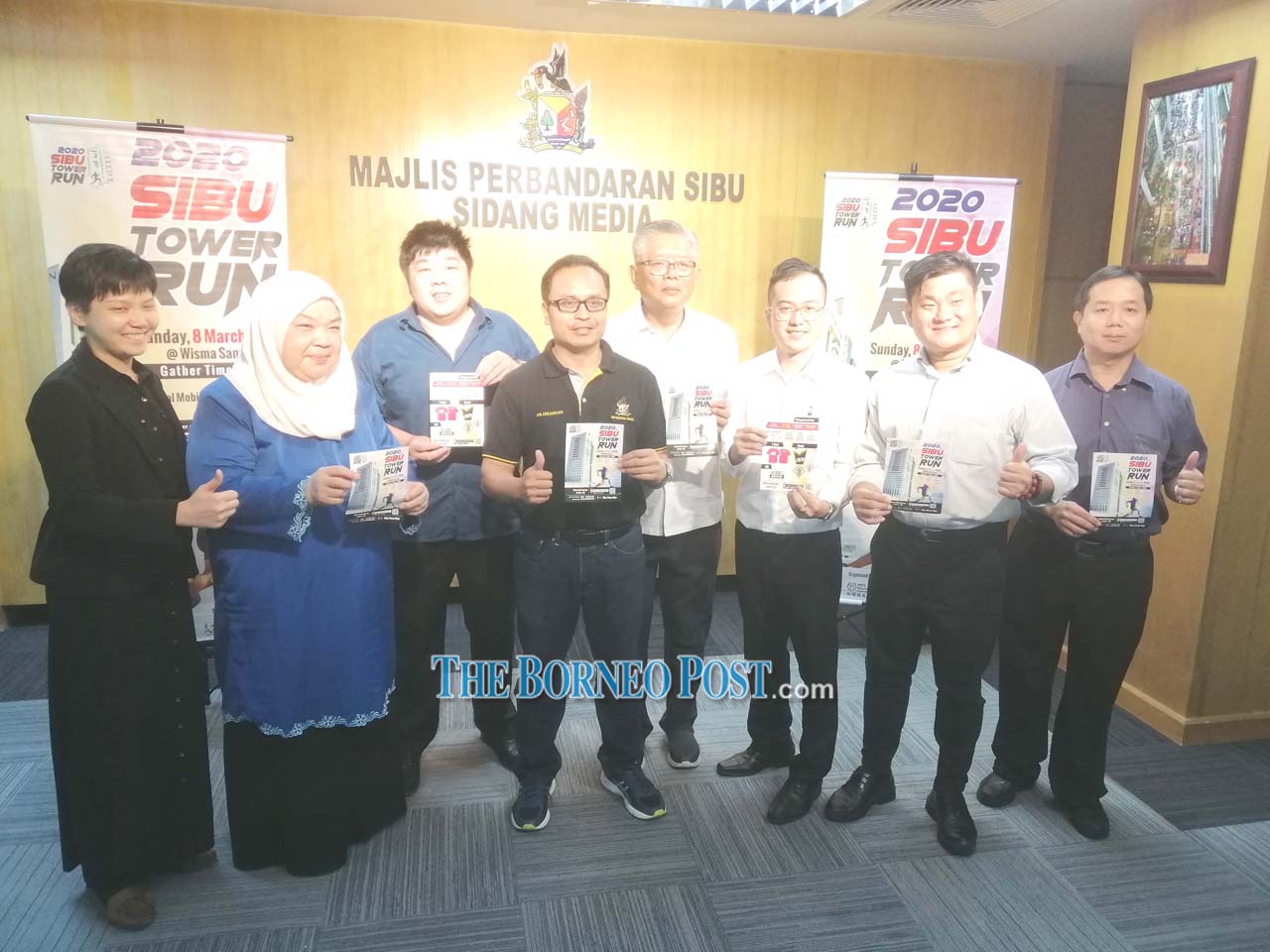 (From fourth left) Izkandar, Ting and members of the organising committee show the posters for the run.

SIBU: The 4th edition of the Sibu Tower Run, slated to be held on March 3 next year at 6am at Wisma Sanyan will come with a difference.

Participants no longer need to run the usual two rounds around the Sibu Town Square but will proceed straight to the staircase of the 28-storey 126m high Wisma Sanyan, Sarawak’s tallest building, for the dash up to the top, one by one.

Event coordinator councillor Mohammed Abdullah Izkandar Roseley said they will be provided with a timing chip each and they are basically running against themselves.

‘The runners who reach the top of Wisma Sayan in the shortest time will be the winner,” he said at a press conference yesterday morning.

With him was Sibu Municipal Council (SMC) chairman Clarence Ting.

The tournament is organised jointly by SMC and Methodist Pilley Institute (MPI) Alumni Association, with support from Concept Event Agency.

“The run is certainly not for the faint hearted as it needs all the courage and strength for the runners to conquer all the 627 steps at Wisma Sanyan,” Izkandar added.

It is divided into two categories – Men’s and Women’s Open (16-years-old to 44-years-old) and Veterans (44-years-old and above).

Izkandar said they are targeting to get 1,000 runners for the run which is sanctioned by Malaysia Towerrunning Association.

“The safety aspects of the runners are our top priority and runners who feel that they are not able to complete the run will have to take the lift down,” he added.

He said World No. 2 and Asia No. 1 tower runner Soh Wai Ching, who holds the record of three minutes running up the staircase, is again appointed as the ambassador for the run.

“Soh will be here for the test run next month and it will be interesting to see how he is going to perform at the event,” he added.

Soh was appointed as ambassador after he won the title for the 2018 edition.

An endurance run for the fittest and the toughest, Izkandar said the slogan for the run `Can you conquer Sarawak’s tallest building” will offer strong challenge to the runners to conquer the building.

Izkandar said the objectives of the run are to enhance health consciousness and lifestyle, raise the profile of Sibu internationally and sharpening the potential of local runners in running sports.

“It also aims to raise funds for MPI to finance its students.”

Registration fee is RM70. However, those who register from Nov 1 to Nov 30 will only pay early bird fee of only RM60 while those registering from Feb 1 to Feb 15 will have to pay RM80 per person.

The closing date for registration is Feb 15.

All the runners are entitled to get a T-shirt, medal, Bib number and a timing chip upon registration.

Then sign a JomRun account, tap on event, search for `Sibu Tower Run’, fill in the participants’ details and pay online and you will find your E-ticket in JomRun apps.

The official closing ceremony for the run is expected to be held around 10am.