Sunday, September 20
You are at:Home»News»CM: Location of Sabah, Sarawak High Court Registry to be rotated every ten years between states (Video) 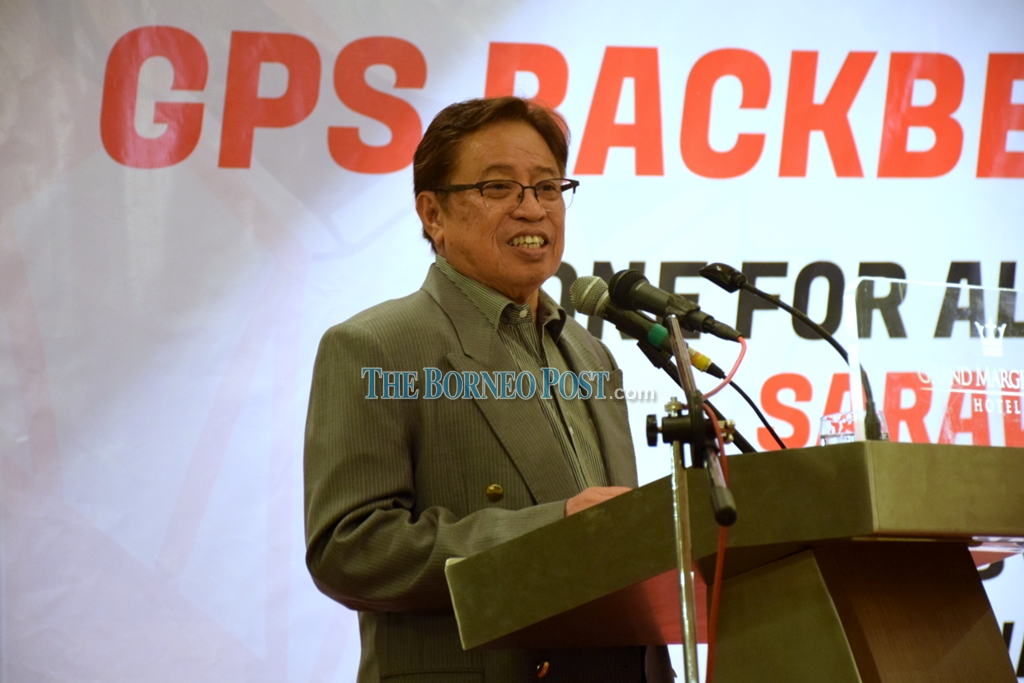 Abang Johari said that the compromise regarding the relocation of the office of the Registrar of High Court in Sabah and Sarawak from Kuching to Kota Kinabalu would be based on a ten year rotation basis. Photo by Roystein Emmor

KUCHING: The relocation of the Sabah and Sarawak High Court Registry will be based on a ten year rotation between Kuching and Kota Kinabalu, which will take effect tomorrow (Friday, Nov 15).

Chief Minister Datuk Patinggi Abang Johari Tun Openg said that Sarawak had registered its views that the Sabah and Sarawak High Court Registry should continue to be located in Kuching, but the authority lies with the federal government.

“We have registered our views and they have decided, because the authority is under the federal government.

“We will compromise on the 10 year rotation basis,” said Abang Johari, who confirmed that the officials did meet him on Tuesday.

He said during the meeting, the Sabah and Sarawak High Court Registry officials had informed him that the Chief Justice and the Prime Minister, Tun Dr Mahathir Mohamad had decided that the registry will be in Kota Kinabalu.

He said Gabungan Parti Sarawak (GPS) did not agree to the relocation (from Kuching to Kota Kinabalu), however, decisions have been made by the Yang di-Pertuan Agong who acted on the advice of Dr Mahathir.

“It is under the Article 121 (4) of the Federal Constitution that they have to inform and consult the state government of the decision, however the decision lies with the Agong on the advice of the Prime Minister,” he said when met by reporters at GPS Backbencher Night last night.

Yesterday, an emergency motion, which was tabled by Batu Lintang assemblyman See Chee How at the August House, was rejected due to technical reasons.

On April 30, the DUN unanimously called upon the state government to stand firm against any move to relocate the principal registry of the High Court in Sabah and Sarawak from Kuching to Kota Kinabalu and also to undertake all necessary engagement and actions to protect the sanctity of the Federal Constitution and to safeguard the inviolable constitutional rights of Sarawak.

On April 19, a circular signed by the Chief Registrar of the Federal Court, Datuk Seri Latifah Mohd Tahar had stated that the registry would be relocated to Kota Kinabalu on May 1.

However, after protest from Sarawak, another circular was issued on April 23 to announced that the move had been scrapped.