Monday, November 28
You are at:Home»News»CM: Always be ready to face PH’s attacks 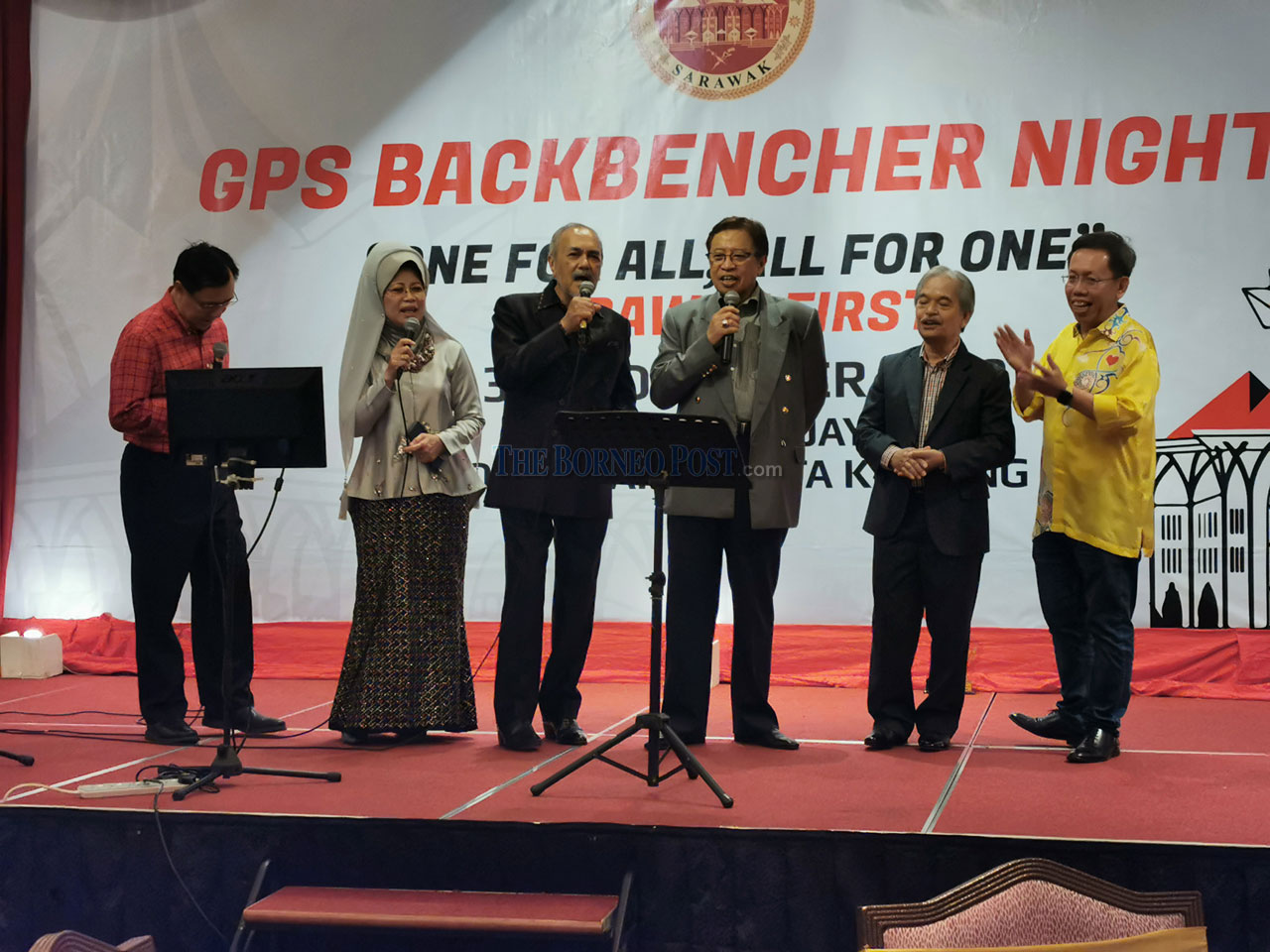 KUCHING: Gabungan Parti Sarawak (GPS) elected representatives and members have been told to be ready at all times to defend Sarawak from the attacks of Pakatan Harapan (PH).

“They even equated the Sarawak Budget 2020 to 1MDB, including personal attacks on me, but I want to personally thank all of you because you have succeeded in countering the attacks until they were speechless,” he said at the GPS Backbenchers Night themed ‘One for All, All for One’ on Wednesday.

“What I want to say is, we must be ready at all times on the tactics used by PH to attack us. They want to defeat and possess us, but we must fight back until they are out from here. If you notice, this time round the opposition, who always assume things, were taken by surprise because they are still wondering where we got the facilities and funding for us to develop the state.”

Abang Johari said when the government changed at federal level, PH thought that would be the end of Sarawak’s present government.

The Chief Minister also advised all elected representatives and GPS members to prioritise their health.

“We do not want what happened over there (in Parliament) – representatives collapsing or unwell – that is why I am reminding all of you to look after your health well because we are going to ‘war’ and health is the utmost important thing to deal with,” he said.

Meanwhile, he also reminded the civil service to uphold their responsibilities well for the benefit of the people.

“We do not want any delay in our Rural Transformation Programme (RTP), if there are outstanding matters with regards to tenders, exercises, and others, try to solve all these and work extra hours so that the implementation is completed fast.

“I can tell you at this moment, funding is not our problem, the problem is implementation including RTP and major projects. You have to really try to find solutions – and solutions must be found immediately. Even if you have to work at night, plan properly,” he stressed.

Citing the example of perimeter surveys, he urged the Land and Survey Department to be proactive so that the issuance of land titles could be expedited.

“If we do our work fast, and the land titles can be expedited, people are happy and GPS is not lying.

“That applies to our rural water supply projects – ensure that ground work is done properly. Last time, we didn’t have the money because funding comes under the federal government through the Ministry of Rural Development, but now we have our own masterplan and we have enough funds,” he said.

The Batu Danau assemblyman pointed out GPS would see a different scenario during the 12th Sarawak Election, which would be the “mother of all elections’.

“Let’s commit and renew our determination so that we will be able to deliver our best to the people.

“The rural areas are very ideal for us because that is where the ‘war zone’ is,” he said.