Sunday, September 25
You are at:Home»News»Sabah»PBS reiterates call for Anti-Hop Law 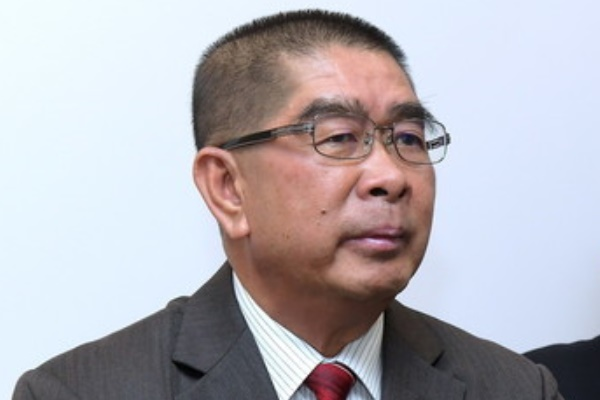 PENAMPANG: Parti Bersatu Sabah (PBS) president Datuk Seri Dr Maximus Johnity Ongkili has reiterated his call for the Anti-Hop Law revival after United PasokMomogun KadazanDusunMurut Organization (Upko) caused the party to fall back into the opposition side post-general election in 2018.

Ongkili said PBS learned its lesson not to trust everyone, including allies because of the incident.

“We are in opposition because they deserted us to help the worse enemy to become the Chief Minister. So, we are left in the opposition purely by their (Upko’s) action,” he told the media after officiating the 34th PBS Annual Congress launch at the Kadazan Dusun Cultural Association (KDCA) Hall here yesterday.

Earlier when addressing the over 1,000 delegates and observers at the event, Ongkili recalled the Presidential Council partnership pact signed between Upko and Parti Bersatu Rakyat Sabah (PBRS).

“During the election, these three political parties helped each other, as well as the other component parties under the BN umbrella. We fought hard. PBS and BN should have been the government. Of course we lost in the Federal level, but back home, it was a draw. We, in BN, managed to establish a coalition with Parti Solidariti Tanah Airku Sabah (STAR Sabah) and formed the government. But all hopes were crushed when Upko betrayed us,” he said.

“The Upko president, then still acting, took his YBs (Yang Berhormats) to cross over and formed an alliance with Parti Warisan, and became a coalition government, replacing the legally appointed BN-led coalition government. To PBS, it was a betrayal by Upko. After using the BN platform, manifesto and political fund, Upko just deserted us like our past partnership meant nothing.

“Upko’s betrayal had indeed opened our eyes. Upko deserted us and chose to partner with Parti Warisan Sabah, and in the process, made us opposition. They said they did it for the good of the people, but we all know it was for their own personal gain.

“Leapfrogging has become a synonym for Sabah. We probably have the most number of ‘frogs’ within our political parties. In fact, two PBS leaders recently have succumbed to the leapfrogging behaviour. ‘Budaya Katak’ is like cancer, it is spreading like wildfire.

“But like cancer, there is hope for a cure, if it is detected early. As such, I am reiterating our past calls for the revival of the Anti-Hop Law, in view of the country’s political history. PBS believes that such a law is required to prevent YBs of a political party from jumping ship at critical moments after general elections.

“If any YBs wish to join another political party after the general election, they must do the honourable move – vacate their seats and seek for re-election. Leave it to the voters to decide their fate. If they are lucky, they might win the seat again,” he emphasized.