Wednesday, July 15
You are at:Home»News»Sarawak will not go bankrupt under GPS, says Abang Johari 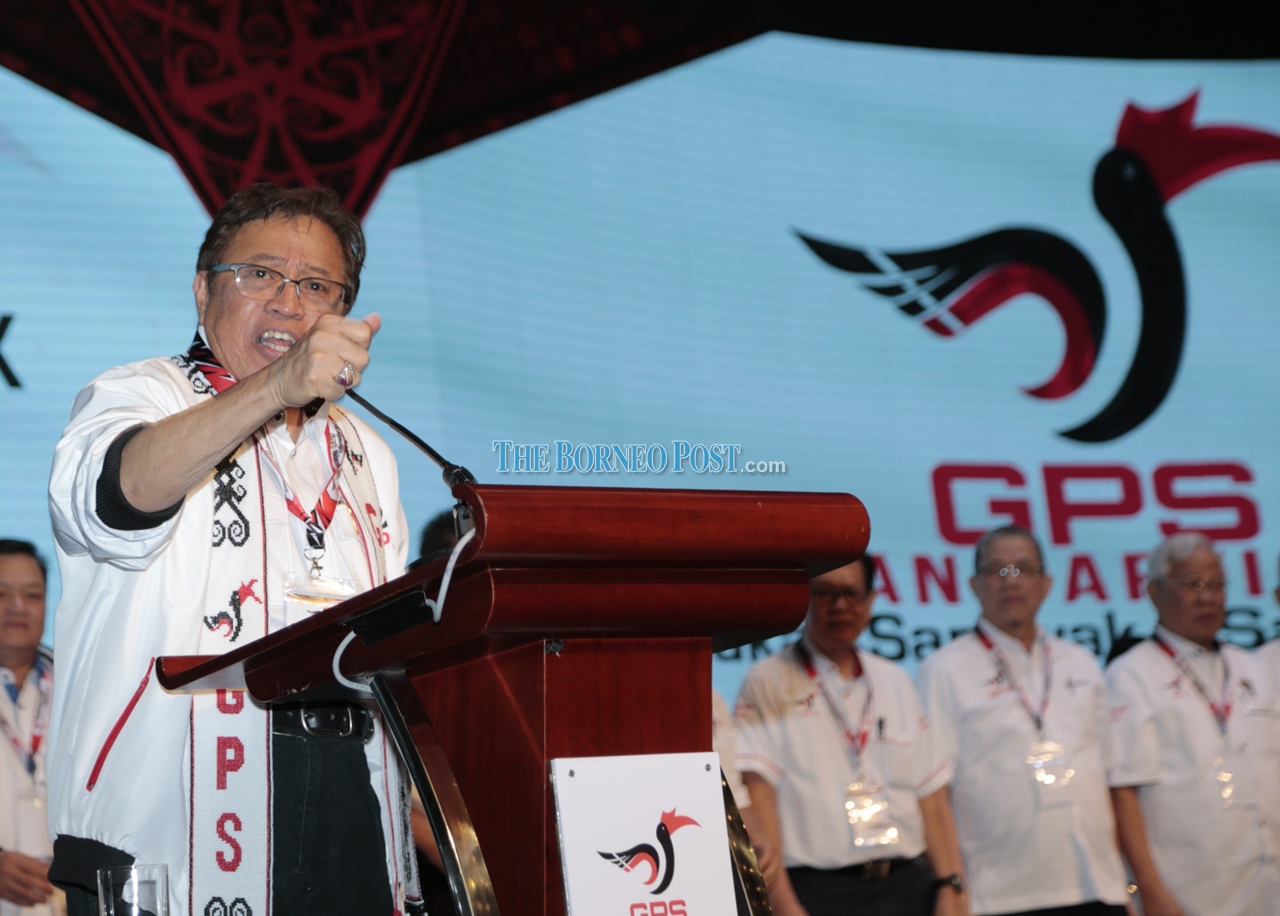 Abang Johari has reassured Sarawakians that the state govt has plenty in its coffers and would not go bankrupt. Photo by Muhammad Rais Sanusi

He told about 5,000 delegates that within the first four years of the 11th Malaysia Plan, which ends in December next year, Sarawak had spent RM37.1 billion from the State’s coffers to develop Sarawak while the federal government had only spent RM20.4 billion over the same period.

Going by that amount, which the Sarawak government had spent in the 11th Malaysia Plan, surely Sarawak must have gone bankrupt by now according to the Minister of Finance Lim Guan Eng’s argument, Abang Johari said.

“But today, we still have a reserve of RM32 billion in the bank. We are not bankrupt. Next year and in the next five years in the 12th Malaysia Plan, under GPS, we will not be bankrupt.

Abang Johari, who is GPS chairman, said the airporta in Spaoh and Sungai Tunoh each would also be built under the 12th Malaysia Plan.

He noted that GPS had plans for the strategic projects but the people could not expect instant delivery or completion when the projects had just been announced.

He said some people were shocked to hear that when the GPS government had come up with a budget of RM10 billion for two consecutive years and had questioned him on how Sarawak could spend such an amount each year.

“And we have the right to impose tax in the constitution. Because we have resources, we impose tax on export products that are produced in Sarawak, including oil and gas,” he said.

Abang Johari reiterated that the GPS government “knew how to find money” and that they no longer relied on Kuala Lumpur anymore.

He assured that the GPS government would not lead Sarawak out of Malaysia but it would continue to fight and defend Sarawak’s rights within the Malaysia Agreement 1963 (MA63).

“I would like to tell you again, GPS has left BN because it has learnt a lesson. Now we have graduated. After 56 years, we have graduated and we can be on our own to look after Sarawak,” he said.