Sunday, August 9
You are at:Home»News»Tiong cautions GPS leaders against complacency, advocates for positive change in attitude 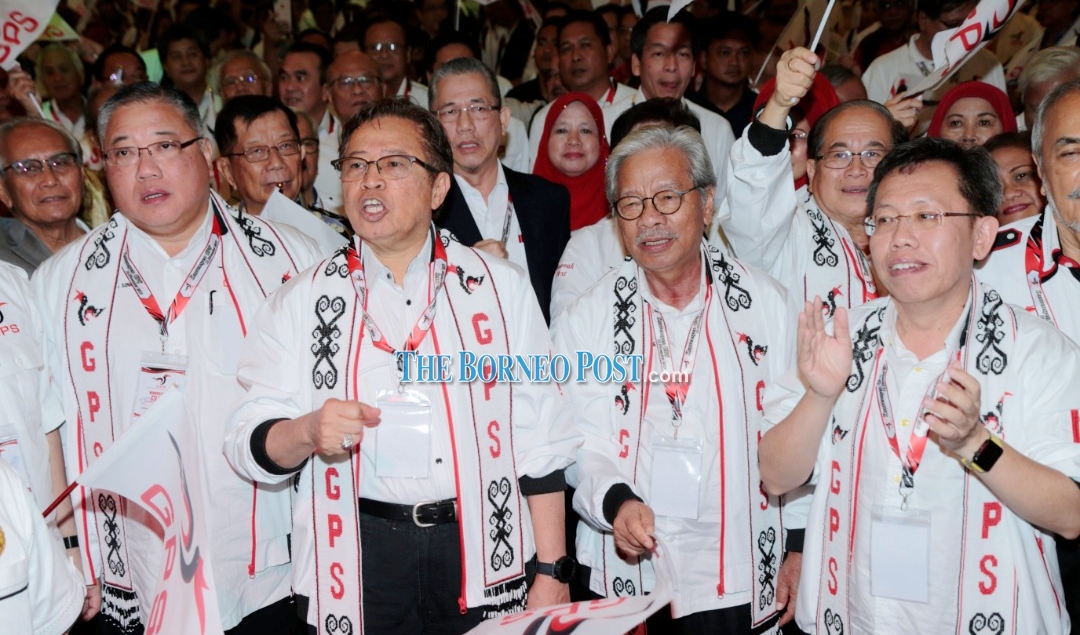 Tiong (left) together with Abang Johari (second left) and other GPS member party presidents (from right) Dr Sim and Masing during the opening of the inaugural GPS Convention at the BCCK this morning. Photo by Muhammad Rais Sanusi

Such an attitude, he warned, could mean the doom of the present leadership of the state government.

He appealed to those leaders to change, otherwise they would be changed in turn by voters.

“To be honest, there are still state leaders who are complacent and comfortable with their high post and position in the government.

“This attitude can clearly be seen among the leaders who were entrusted by the people to represent them.

“I am appealing to those leaders, please, please change. If you don’t change, the people will change you. This is what we call the people’s power,” he was speaking during the opening of the inaugural GPS Convention at the Borneo Convention Centre Kuching (BCCK) here this morning.

He also stressed that not only being complacent and ignorant would spell the fall of a leader, it would also lead to the fall of the whole government.

“Even the 600-year-old Ottoman Empire fell in a blink of an eye because it failed to resolve its internal issues.

“Same goes for the Barisan Nasional (BN) government, who had been in power for some six decades, fell in a blink of an eye because they were complacent,” said Tiong, comparing the previous government to the Turkish Empire which ruled much of Southeastern Europe from the 14th to early 20th century.

Another issue he highlighted was that some leaders only think about popularity.

These leaders, he said, are in a state of denial, and would only acknowledge good reports, even having to fake them, just so that they would look good in front of their bosses.

Even worse, he said some do not even admit their mistakes and failures, and continue to abuse their powers while ignoring the interest of the people they should have been serving.

He assured that as one of GPS’ member parties, he will fight to the last drop of blood or the rights of Sarawak as enshrined in the Malaysia Agreement 1963 (MA63) for the future generations of the state.

Some 5,000 GPS members and supporters attended the convention at the BCCK since as early as 8am this morning, coming from all parts of the state.