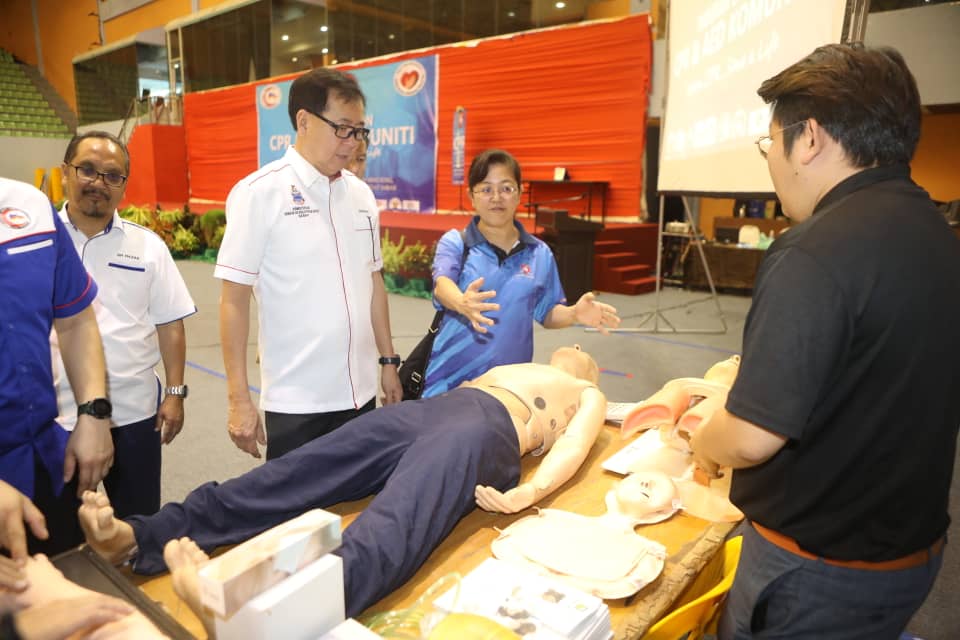 Poon said the 2018 Statistics Department report showed that heart attacks, with 37 deaths daily, were the leading cause of death in Malaysia in 2017.

He said statistics on obesity, hypertension, diabetes and smoking, which increase the heart attack and sudden cardiac arrest risk, in Malaysia are amongst the highest in the region.

In addition, he said other common occurring incidents in Malaysia like accidents, trauma, drowning, electric shock and airway obstruction contributed to the sudden cardiac arrest statistics.

“Many of these victims could have been rescued if CPR assistance and the use of AED equipment were done quickly by rescuers in the community,” he said when officiating at the Sabah Heart Safe: Community Mass CPR and AED Training Program launch at Likas Sport Complex here yesterday.

“In Malaysia, in the event of a sudden cardiac arrest outside the hospital, the chance of survival is less than one percent. Whereas in developed countries, life expectancy is estimated at more than 25 percent,” he added.

“In many developed countries, CPR has been taught since college. Even in 38 states in the United States, CPR is required to be taught in schools and AED tools are also required in those schools,” he said.

“Knowledge of CPR among communities in developed countries is much higher than that of Malaysia. For example, in the United States, statistics show that almost 20 percent of the population knows CPR.

“In the event of ‘sudden cardiac arrest’ outside the hospital, 46 percent of cardiac arrest victims receive CPR before emergency assistance arrives.

“Because of these factors the chances of survival are much higher in developed countries such as ‘sudden cardiac arrest’ outside the hospital,” he added.