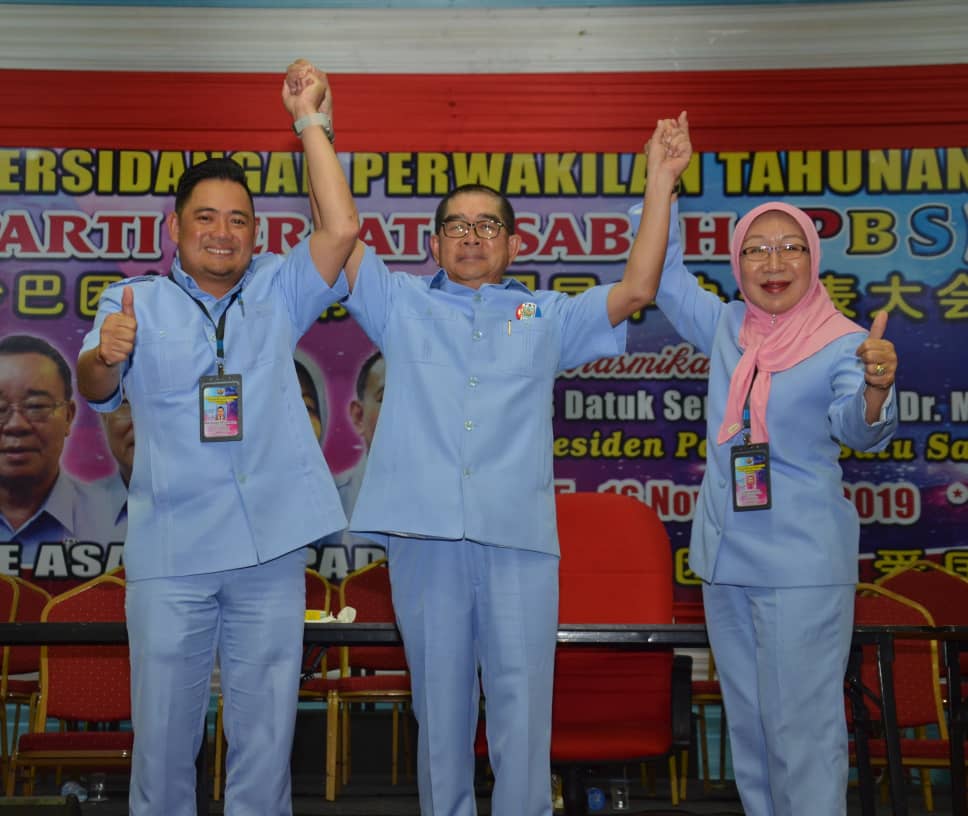 KOTA KINABALU: Parti Bersatu Sabah (PBS) has started the ball rolling on the reinstatement of the Anti-Hop Law by passing a resolution on the matter at its 34th  annual congress yesterday.

Its president Datuk Dr Maximus Ongkili said PBS lawyers are working on it and have consulted parties in Peninsular Malaysia which support the law.

Speaking to reporters when met at the congress which was held in Hongkod Koisaan Penampang, Ongkili said, “other parties in Peninsular Malaysia like Umno and PAS supports it (Anti-Hop Law). Our lawyers have consulted with them to compare notes.

“We will test with taking action on those who deserted us and next step is to prepare the Bill to be presented both in Parliament (by Umno) and state assembly. Maybe in the next State Assembly sitting as a Public Member’s Bill and see how it goes,” he said.

The resolution to reinstate the Anti-Hop Law was tabled by PBS’ Women Wing and it was necessary so as to prevent state assemblymen/assemblywomen (ADUN) or Members of Parliament (MP) from ‘jumping’ to another political party after winning the seat.

It will also ensure political stability and if there is such intention, then the ADUN or MP must vacate their seats and go back to the voters, they said adding that it would avoid economic instability. If the country is politically unstable, then its economic growth would be affected.

The reinstatement of the law will protect the people/rakyat/voters’ interest as they have given their trust and mandate by voting their preferred candidate. When an ADUN or MP hops to another party, voters will lose trust and feel cheated.

It will instil a sense of moral and integrity among the ADUN and MP, so they are not easily swayed by lucrative offers, they contended.

The delegates also passed a resolution tabled by the Youth movement which was    to oppose the implementation of the Sabah Temporary Pass (Pas Sementara Sabah – PSS), because among others, it is infested with loopholes.

They contended that the PSS is unfair to Malaysians and stressed that when entering Sabah and Sarawak, Malaysians from the Peninsular are required to renew their social visit pass once in three months, and have to renew their work permit annually.

However, foreigners or illegal immigrants will be offered the PSS, which is renewable once in three years at a fee of RM120, they lamented.

They also expressed their worries about the social impact of the pass as PATI/foreigners can now be legally employed, thanks to the PSS, thus depriving locals of job opportunities.

Many Malaysian graduates are still jobless, and PBS believe the unemployment rate among Malaysians will increase since they have to compete with PATI/foreigners to secure jobs, and many prefer PATI/foreigners for cheap labour.

They are concerned about the aspect of safety and security adding, “There are a lot of unsolved crime cases, which are believed to be mostly done by PATI/foreigners. So instead of offering them PSS, arrest and send them back to their countries of origin.”

PBS wants security tightened up to prevent them from entering Sabah illegally, they said.

Ongkili said a signature campaign protesting against the issuance of the PSS has been launched by PBS.

“We have collected more that 11,000 signatures via the online campaign and have also collected more than 2,000 manually. We will pursue the matter further and we will officially write to Prime Minister with the outcome of the resolution.

“We are against it, I have also spoken about this in Parliament. Unless the details are known we are going to object it. We will do roadshows with our youths also as we know that not many are supporting the PSS.

“Even NGOs are against the whole thing and we are going to push as hard as we can. We will be taking up further and our argument is that Kuala Lumpur does not have power to implement a policy or regulation on migrants without formal consultation with the state,” he said.

Ongkili said that PBS will push for a similar mechanism as applied by Sarawak where the state takes a policy or regulation to the State Assembly first to get the support and endorsement before implementation.

During the congress, the appointment of Datin Malianah Ugau as the PBS Women Chief was endorsed at the 34th PBS Annual Delegates Conference on Friday.